Post-production is the science and art of bringing a video to life. There are typically three stages of filmmaking or video production: Pre-Production, the production stage, and the last but most important stage of Post-Production. This is when the filming and shooting part is done, and the audio and video post-production process begins. It includes all the central filmmaking tasks, such as editing raw footage, assembling it, dubbing, sound effects, VFX, and adding music. These tasks are undertaken by a crew of expert professionals from different divisions in the filmmaking industry. Hence, expertise, qualification, and exceptional skills ensure a smooth post-production process.

If you are passionate about filmmaking, transform it into a successful profession by learning the skills required to thrive in the post-production industry. The top-notch film schools in Montreal, Canada, offer audio and video post-production programs that equip the students with highly-specialized, practical training to become proficient in all aspects of the discipline. The course offers expertise in several areas, including sound editing, video editing, motion graphic design, automatic dialogue replacement(ADR), foley, and much more.

Filmmaking is a diverse process, especially with post-production, involving various stages. But trust me, you are at the right place as we explore the different stages of post-production. Even though post-production depends highly upon the project, it usually falls under these five major stages. Let’s get started:

Selection of an editing software

The post-production process usually begins with editing the picture, before which the editors are involved in selecting the best editing software or tool. With the right editing tool selection, the post-production team can maintain a more efficient workflow.

The next step after picture editing comes sound editing, and this stage requires adding and enhancing the film’s sound quality. This does not only include adding background sound but also includes editing out background noise and piecing the dialogues together to match the flow.

Next to sound editing is the addition of visual effects by artists and engineers. VFX allows the filmmakers to achieve the otherwise impossible effects, like real life, like aging a character or creating a massive explosion that leads to the city’s destruction. During post-production stage, many scenes are filmed in front of a green screen, and the artists add the required effects in place of the green screen.

Sound mixing is different from adding sound effects, and editors also go into the film to adjust the audio levels. This is an essential stage so that the dialogues can be heard over background music.

Color grading is when a color editor goes through the film or video frame by frame to adjust the color that aligns with the mood and consistency. Color grading creates consistency throughout the film and establishes the scene and mood of the film.

These are the different stages of post-production. Now you know that post-production requires many technical skills that can only be developed through undergoing a well-defined program. So take the audio and post-production program and start your dream career in the modern filmmaking industry. Apply Now! 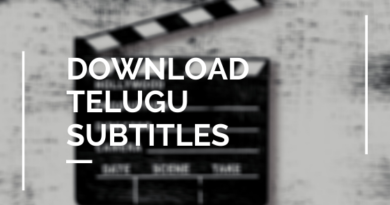