Even though marijuana has become incredibly popular in recent years, the use of marijuana is nothing new and evidence shows that it has been consumed for at least the last 2,500 years. This popularity is evident when looking at how many places around the world, especially in America, have begun legalizing the herb, whether it be for recreational or medicinal purposes. It’s estimated that by 2027, the size of the market will be worth around $73.6 billion, which is very big considering that the apparel market was worth near $368 billion in 2019, and everyone wears clothes.

Many people use the words joint and blunt interchangeably; however, they are different. A joint is the iconic method of consuming marijuana; cannabis rolled in thin white rolling paper, and uses combustion to allow for the smoke to be inhaled.

A blunt on the other hand is much larger, and is a hollowed-out cigar filled with marijuana. Usually, the wraps are made using tobacco, which as many know, has many health risks, chief among them being causing cancer. In addition to this, since the cigar wrappers are porous, there are higher concentrations of toxins such as nitrosamines.

Another iconic method of marijuana consumption is the use of a bong. A bong is essentially a filtration device and consists of a cylindrical structure and a bowl in which marijuana is placed in.

While it is true that tobacco isn’t usually involved when using a bong, it doesn’t make it any healthier. When marijuana is combusted, harmful smoke is created, and this smoke is generally held in for longer since there is an idea that it increases the effects.

The best advice would be to not hold it in and to release the smoke quickly, because otherwise you would be exposing your lungs to the smoke for longer. In addition to this, use glass bongs, not plastic ones, as plastic can chemicals like BPA and phthalates.

Vaping marijuana is largely new, but research has shown that is one of the healthier methods of consumption. This is because the temperature at which the marijuana is heated up can be controlled. If you look at the different models of vapes available on Smoke Cartel you will be able to see the degree of temperature control differs between different models. Take for example the Ghost MV1 you can even use their app to dial in the temperature to in increments of 1 degree.

When the different compounds found in marijuana are heated up at a lower temperature than combustion, they are less harmful, especially to your respiratory system, but don’t overdo it. It’s also recommended to use the actual flower and not oils.

The oils are generally just pure THC, and within those oils, vitamin E acetate can be found. This additive has been linked to many product use-associated lung injury cases and even death.

Dabbing is also a new form of consuming marijuana, and is basically the combination of a bong and marijuana concentrate. It involves heating up a nail, waiting for it to cool down, and then placing the marijuana concentrate on the nail and inhaling. It has become popular for the ease of use and various flavors available.

Although it is healthier than using an actual bong or smoking a joint, as mentioned above, marijuana concentrates are generally just pure THC, which contains vitamin E acetate.

If you are going to use a dab rig, then make sure to wait at least 30-60 seconds for the nail to cool down. If the nail is too hot, the concentrate will be burned and ruined, and inhaling anything from this could be bad for the lungs.

Edibles are generally considered the safest and healthiest way to consume marijuana. This is because nothing needs to be heated up, there’s no smoke and the doses can be controlled. Edibles usually come in the form of brownies, candies, cookies and recently drinks.

Edibles work by allowing the marijuana to enter the bloodstream. Because of this, it may take a while for the effects to be felt, but they last much longer.

It is advised to start by taking small doses to see how powerful the effects are; taking too much at once or without waiting in between doses can lead to a terrible trip. 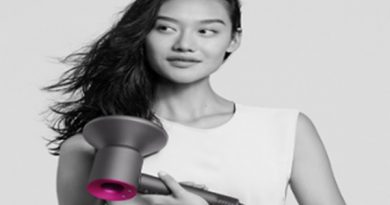 How to Shop Dyson Products Online 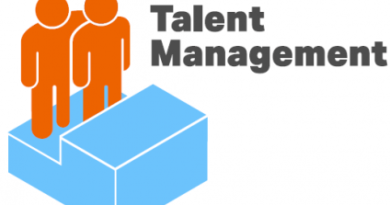