India being the primary source of international migrants is also the world’s largest recipient of remittances. Since the “oil boom” of the 1970s, Indian migration to the Gulf has provided a valuable source of income for the country and acted as the backbone for the economies of high-migration states such as Kerala through remittances. During this time, Indian migrant workers have made significant contributions to the Gulf countries’ economic development.

The United Nations estimated that there are 272 million international migrants worldwide and Indians account for 6.4% of the global migrant/expatriate population or 17.5 million migrants. If we include those who have moved to other states within India for work or business, we can estimate that about 10% of the Indian population is expatriate. Since 1991, India has experienced consistent growth in remittances. According to the World Bank, India, the world’s largest recipient of remittances,  received $87 billion in 2021. With the recent surge in the number of returnees from Arab countries, remittances to India are expected to increase by 3% to $89.6 billion in 2022.

The diaspora of Indians living abroad can have a significant impact on the country’s political, social, and economic conditions. The expats’ knowledge, skills, ideas, technology, and vision of India are priceless and the Kerala Pravasi Association acts as a platform for the ex-pat community to put these skills to use.

The primary goal of the Kerala Pravasi Association is to build a self-sufficient and corruption free India with the help of Pravasi NRIs(Non-Residential Indians). They intend to accomplish this by leveraging the Pravasi Indians’ international experience and exposure, expertise, work experience, enthusiasm, and strength to overcome any challenge.

The Kerala Pravasi Association, also known as KPA, is a political party in India registered with the Election Commission of India. The KPA is the result of the collective efforts of Mr. Rajendran Vellapalath (Chairman) and Ms. Aswani Nambarambath (President). It was founded on February 20, 2021, and became India’s leading political party.

The KPA National Council has 36 members and has established groups in 941 local bodies throughout Kerala. It has identified 36 areas where expatriates’ perspectives can be implemented, including agriculture, environmental protection, access to clean drinking water and sanitization, industrial development, youth employment programs, housing for all, and manufacturing sectors. The ex-pat community accounts for more than one-third of Kerala’s population and covers approximately 37% of the state’s GDP; thus, the association began its operations through Kerala.

Kerala Pravasi Association does not engage in any of the activities that other political parties in India engage in, such as bandhs and hartals, the destruction of public property, and the stagnation of the economy. KPA is committed to leveraging diaspora knowledge and skills, a high work culture, advanced technical knowledge, a sense of purpose, advanced job training, and a dedication to work for the betterment of the country. It is also committed to implementing expatriate perspectives on issues affecting people’s daily lives.

As a first step, the Kerala Pravasi Association stated that expatriates are unable to exercise their rights to consent and participate in the democratic process in their home country by voting because they live as expatriates despite being Indian citizens, for which, it has petitioned the Supreme Court to grant Pravasis the right to vote. At the same time, the association has decided to approach the High Court against the State Government’s negligence in this regard, despite the High Court ordering in August 2020 to raise the age limit for membership in the State Government’s Pravasi Welfare Fund to 60 years. In addition, KPA has also started a recruitment firm called Pravasijobs.com which has already began operating with the goal of eradicating unemployment among the state’s 40 lakh educated youth. KPA has decided to hold job fairs in various parts of the country in order to promote pravasijobs.com.

Vellapalath also stated that they will launch a website called ‘keralastartup.com’ to assist start-ups and a program called ‘Keralashree’ for the empowerment of women. These projects will begin as pilot projects in Kerala, with KPA intending to expand them to other parts of the country as well. 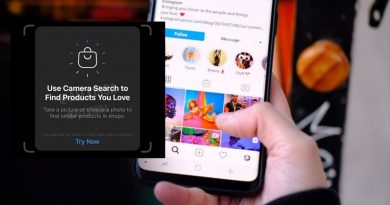 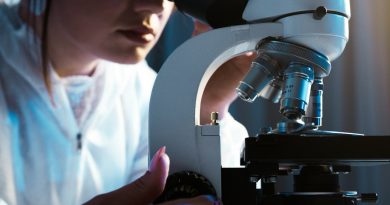 Reasons Why Employee Wellness Programs are Crucial for Businesses