Progressing forward within the folds of professional life can open up many doors. Everyone strives to be financially comfortable, recognized as being adept and skilled in their particular field, and wants to enjoy a sense of pride and respectability in their position. In order to advance one’s frame of career, they need to engage and work tirelessly, make sacrifices, and know exactly what it is that they want so that they can begin cultivating a path toward success and achievement as quickly as possible.

In addition, expanding career horizons requires the courage to abandon one’s comfort zone and come up with something new, which can be difficult in a society where most people like to follow the status quo. However, with the advent of technology, most companies are changing their ways of operations which is indirectly demanding new skills in candidates and employees.

Art DiNick (DiNicolantonio) is one of those talented minds who likes to keep pushing their boundaries for the sake of achieving expertise in multiple domains. Born on May 21, 1941, in Atlantic City, New Jersey, United States, DiNick is an engineer, author, and designer of high-performance boats. Also known as Art DiNick, he is the owner of American Offshore Power Boats.

In 1963, Art graduated first in his class from Villanova University with a BS in Mechanical Engineering. In his senior year of high school, the NJ department of labor gave everyone in the class 3 days of testing and after their evaluation of the tests, Art was told that he did not have the intelligence to pass college courses in engineering and did not have the ability to succeed in a career of engineering. Facing all the odds, Art ended up first in his class and was recognized a brilliant engineer. Later, in 1965, he completed a Master of Science in Mechanical Engineering from Lehigh University. While he was studying, he started participating in races and won multiple car races. However, in 1977, he met with a tragic car accident. This near-death experience completely changed his perception of life. After spending 6 months in the hospital, he built a new dragster race car and returned to drag racing for a couple of years.

After some time, he realized that traveling around the country for racing was no longer feasible for him or his family. He purchased an old Formula Ford race car (old Formula 1 car) at a charity auction for the fire department and modified it. Despite having a low-budget race car, he always managed to finish in the top 5 positions against 40 more expensive race cars.

Exploring his engineering abilities, DiNick worked for Exxon in New Jersey and Texas as a Lead Engineer for the Reactor Design Group. It was his efforts that led him to invent and co-develop over 90% of Exxon’s Cracking Technology, out of which 20 received original patents. Knowing his love for speed racing, he purchased several boats and modified their speeding threshold. In 1999, he was renowned enough to buy the American Offshore Power Boat Company, which built high-performance powerboats and family powerboats. He designed three high-performance powerboats and started participating in races and was able to win over thirty racing events.

In 2021, DiNick penned a book, Choice as Fate Would Have It. This was the final version of the draft he started in 1979. The book is about a man in his mid-thirties who is in a race car crash and death is imminent, at that moment between life and death, the past and present merge, and time stands still. In just a few brief seconds, he re-lives his entire life. This story chronicles his experience and the decision he made in his life from childhood through adult life. As an engineer for a major oil company, Exxon, he has to choose between traveling for the company or staying at home with his family. Moreover, the choices he makes in his life severely impacted his family life. He wonders if the choices he made were determined by fate or did he possess the ability to change them. This book is based on DiNick’s personal near-death experience that left a huge impact on his life and changed everything. Readers of his book should learn that they can succeed in their dreams if they really try and do not get discouraged by others telling them that they cannot.

DiNick won every boat race at the Lake of The Ozarks between 2006 to 2019 with a speed of approximately 140 MPH and The Texas Outlaw race every year from 2009 to 2022. He also received a National Science Foundation Fellowship in 1964. He has been the recipient of Exxon’s most valuable patent award twice and received the Marquis Who’s Who lifetime achievement award for his engineering accomplishments. DiNick has a stellar career and now works as a contractor for Nighthawk Engineering while running a boat company. He said, “I look at something and strive to improve it. I come up with an idea. I’ll take the risk to make it happen.” This characteristic separates him from other engineers. 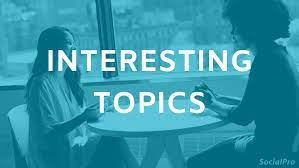 Need to raise money fast and thinking about a bridge loan? Here’s what you need to know… 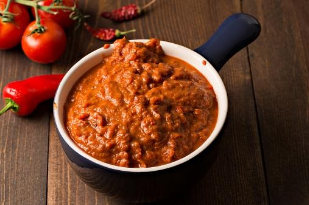 Know how spicy food can help you stay healthy?