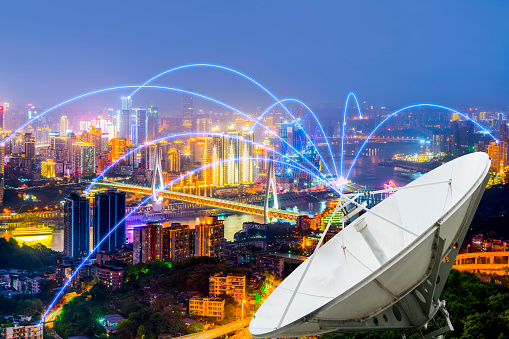 First things first, what is satellite internet? Satellite internet is basically internet connection delivered via satellite. Most common satellite broadband connection is that delivered through geostationary satellites above the Equator. The signal has to travel between the user, satellite and ground station amounting to 70,000 km both ways. This is good and bad. Good because satellite can deliver internet connectivity to remote areas where other services are unavailable. Bad because distance means latency. That latency prevents some of the common uses, such as online gaming requiring quick response times. Latency of geostationary satellites delivering broadband is around 600-800ms. It’s not going to affect standard use, such as streaming or browsing, but as we said already, gaming is out of the picture.

Speeds of broadband delivered by geostationary satellites is actually pretty good and can reach download speeds of up to 100Mbps. Speeds generally depend on the price plan contracted and if the user is within or outside of priority data. Still, considering that satellite internet is an alternative connectivity model targeting mostly remote and rural areas, it’s not so bad. Rural locations are often outside of fibre optics infrastructure and with copper lines the users usually face ADSL connections of between 5 and 24Mbps. Satellite is definitely an option there!

Technology of geostationary satellites allow for competitive pricing and usage allowance. Days when satellite internet was insanely expensive and with capped data are over and companies like Konnect or Viasat are now delivering unlimited data usage combined with relatively low pricing. Obviously, there are still limitations, such as priority data, meaning amount of data that allows for faster browsing, but at least the user is not cut off. As to pricing, it’s not unusual to have satellite internet plans starting from around of €30.

LEO is another option. LEO stands for low Earth orbit and the technology is bit different than with geostationary satellites. LEO relies on high number of smaller satellites travelling closer to Earth’s surface. This means that the satellite is not “static” and user terminal needs to adjust. This also means that the number of satellites needs to be, well, let’s say many of them needs to be there. Hundreds or even thousands.

The only LEO broadband provider available right now is Starlink although several more are planned. Starlink is generally pricier than its geostationary competition. A potential customer needs to pay for the hardware (€499) and monthly usage (€99 per month). As Starlink is still deploying its satellites and the company is not in a commercial stage, the service can be patchy. Although Starlink started great, with speeds reaching 400Mbps, now reported speeds are much lower but still over 100Mbps. Time will show if they can offer it commercially. Considering that the company recently announced data cap in France, sweetened by lower price, it is quite probable that in the future they will be looking to manage traffic more strictly.

As LEO satellites are much closer to the Earth surface the latency is not an issue. Starlink’s service comes with 20-40ms latency so, unlike with geostationary service, gaming is not an issue. The same stands for conference calling via Zoom or any other similar software. Most VPNs will also work with LEO broadband.

Summing up, satellite broadband is a good option for rural areas with no access to FTTH broadband. Where there is no fibre optics infrastructure, satellite connectivity can offer you speeds of up to 100Mbps in case of geostationary satellites and right now around 150+ Mbps with Starlink connectivity. 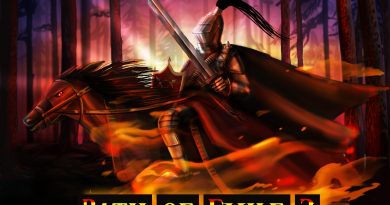 Shape of the Sequel: Path of Exile 2 Trailer and Gameplay Preview 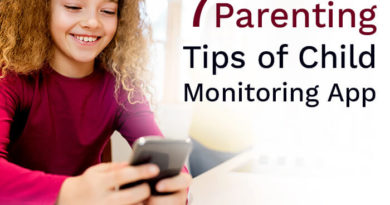 A Complete Guide To Parental Controls 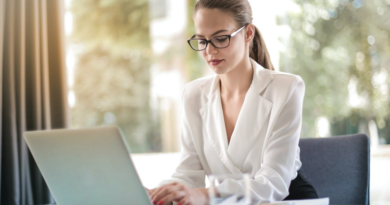 How the recession could affect data science and big data analytics