Deep learning and machine learning appear to most people to be interchangeable AI buzzwords. That, however, is not the case. As a result, anyone who wishes to gain a better understanding of the field of artificial intelligence should start by comprehending the terms and their distinctions.

Deep learning, in particular, is thought to be an evolution of machine learning. It employs a programmable neural network, which allows machines to generate accurate decisions without the assistance of humans. Machine learning is the process by which computers learn from data and use algorithms to execute a task without being pattern recognition. Deep learning employs a complex set of algorithms modelled after the human brain. This allows unstructured data such as documents, images, and text to be processed.

To begin with, unlike traditional machine learning algorithms, such as linear regression or decision trees, deep learning is based on an artificial neural network.

This multi-layered ANN is complex and intertwined, much like a human brain.

Second, deep learning algorithms necessitate significantly less human intervention. Remember Tesla’s example? If the STOP sign image recognition algorithm was more traditional, a software engineer would manually select features and a classifier to sort images, check whether the output is as expected, and adjust the algorithm if not. However, in a deep learning algorithm, the features are extracted automatically, and the algorithm learns from its own mistakes.

A deep learning system requires a large dataset to completely remove fluctuations and make high-quality interpretations due to its complex multi-layer structure.

What exactly is machine learning?

Machine learning is a branch of artificial intelligence that focuses on a specific goal: teaching computers to perform tasks without explicit programming. In most cases, computers are fed structured data and ‘learn’ to become better at evaluating and acting on that data over time.

When computers learn from data, this is referred to as machine learning. It refers to the intersection of computer science and statistics in which algorithms are used to perform a specific task without being explicitly programmed; rather, they recognise patterns in data and make predictions as new data arrives.

What is deep learning?

Machine learning is the ability of computers to perform tasks without being explicitly programmed, while still thinking and acting like machines. Their ability to perform some complex tasks, such as extracting data from an image or video, falls far short of what humans are capable of. Deep learning models, which have been specifically modelled after the human brain, introduce an extremely sophisticated approach to machine learning and are ready to tackle these challenges.

The design of such an ANN is inspired by the biological neural network of the human brain, resulting in a learning process that is far superior to that of standard machine learning models.

Deep learning is a subset of artificial intelligence that is a type of machine learning.

Career paths involving machine and deep learning will exist in every industry. 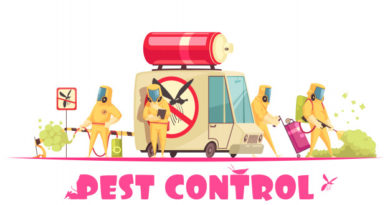 Do You Want to Get Rid of Bed Bugs?

The artificial intelligence (AI) performs the most crucial position