Abeni Nazeer (born in Lansing, Michigan on October 26, 1991 and raised in Baltimore, Maryland) is an American multimedia content creator. Raised in the tough Baltimore inner city, Maryland. At the age of six, she began to depict her suffering via the creation of intricate works of art in deep, brilliant hues. “Once I’ve grasped the image, I want it to develop in motion, and that’s why I began filmmaking at age 15,” says Nazeer. Immersed in a milieu of poverty and violence, Nazeer joined peer-to-peer groups that use art and media to promote mental health and social change. Nazeer transformed from a student to a teacher at the program, where she taught media production. By age 17, she began instructing cinema lessons in Baltimore City Public Schools. She completed high school at Baltimore City College. 2010 marked the start of Nazeer’s freelancing career. Comrade’s Satellite was directed and produced by Nazeer, who received the award for Best Baltimore Music Video in 2012. After that, she kept working with Comrade, which led to the discovery of her work by other Baltimore artists. ” Abeni added value to the neighborhood. Popular Baltimore rapper Lano stated, “She made us appear and feel like celebrities.”

Abeni has created several music videos for prominent Baltimore artists, including Dumb Dumb by Young Moose and Im from Baltimore by YBS Skole. Keep it 100 by Damond Blue and Fatrel, Avenue by Dj Angel Baby, and Go Up by DBoiDa Dome and CR Da Show. Run Up On Me by Lor Choc HD, My Son by Jiggy Run The City, No No No by Ygg Tay, No Excuses by Yg Teck, Dope Trilla by Starrz, I’m the One by Shy Money, and Dedicated by CTM Ball are all included on this playlist. In 2014, the hip-hop culture of Baltimore City dubbed Nazeer Baltimore’s Princess in recognition of her freelance producing work and commitment to the city. In 2019, Nazeer began collaborating with hip-hop mogul Kevin Liles to launch the “Make it Happen Mondays” social media campaign. Nazeer created a series of films to inspire businesses to pursue their goals. American record executive Kevin Liles is the co-founder and chief executive officer of 300 Entertainment. Kevin was named R&B/Hip-Hop Executive of the Year by Billboard Magazine in 2020 for both his advocacy and Megan Thee Stallion’s continuous success. On September 11, 2019, Nazeer launched a book titled How to Get Rich Real Quick Dummy, in which she continues to inspire entrepreneurs by penning a step-by-step narrative guide.

In the video, Kevin Liles receives Abeni Nazeer’s book How to Get Rich Real Quick Dummy. “This book describes how my brother, Bakari Nazeer, and I expanded our family company. When Kevin says “I be Bippin” in the video, he is referencing a collection of self-motivational phrases that I and Bakari created. Abeni Nazeer Abeni Nazeer directed the “Buggin Out Docu-Series” in 2021, which depicted the rise to fame of tik-tok celebrity Junebug. Today, Abeni is preparing to premiere the debut film of her director, SIN, starring the multi-award-winning actor Louis Gossett Jr. Louis Gossett Jr. portrays the unique character Elijah. Elijah is a sage portrait painter who is also blind, yet he is able to perceive the truth in his works. Sin is about a substance-dependent single mother in a toxic relationship who must stop the relationship before it kills her. During the post-production of the film SIN, March 2022, Abeni tragically lost her younger brother Bakari Nazeer, prompting her to dedicate the film to him. Bakari, 27 years old, was killed in a tow truck collision at 1 a.m. when he collided with a tow vehicle.

“My family is the driving force behind all of my efforts. When I began my job, I did it with my brother, as a family company, therefore the fact that he is no longer physically present infuriates me.” Abeni’s business is run by her family. Saba Nazeer’s father is her screenwriter and set designer, and her brother, Bakari Nazeer, is her producer and performer. “My brother was essential in shaping my path for Sin. When I originally began the endeavor, he was my greatest source of encouragement. I would always consult with him prior to making any decisions.” Nazeer utilizes the suspense-thriller film SIN as a vehicle to promote good mental development, which leads to positive social change in minority populations. 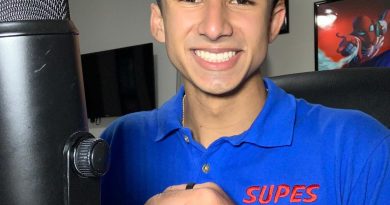 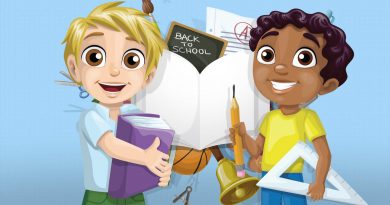 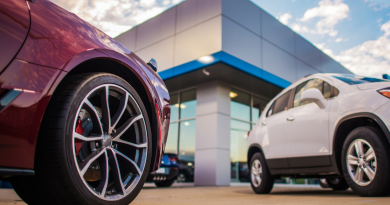 Everything about Automotive Detailing – You Have to Explore