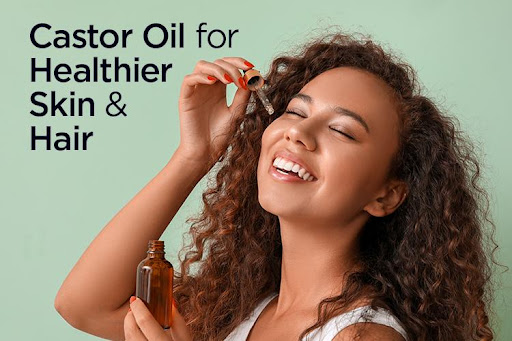 Castor oil is derived from castor beans, which are the seeds of the Ricinus communis plant. It has a long history in the health and beauty industry. Castor oil, like many other potent food-grade substances, has an impressive array of cosmetic advantages.

Ricinoleic acid, which is technically an unsaturated omega-9 fatty acid with a hydroxyl group on the 12th carbon, is abundant in castor oil. Because of its unusual chemical structure, the oil is both hydrophilic (loves water) and lipophilic (loves fat), allowing it to penetrate the skin considerably better than other vegetable oils. As a result, castor oil can benefit both the hair and the skin by softening and nourishing both.

Castor oil can be applied to the skin to moisturise and protect it. Castor oil aids in the healing process by preventing water loss via the skin. It possesses anti-inflammatory and antifungal effects, which restrict the growth of yeast and may help to relieve pain and swelling after an injury.

Castor oil can be a valuable natural ingredient for hair care, especially on dry, brittle ends. Pure castor oil is fantastic for hair since it contains fatty acids that condition and shine it.

You might believe that your 90-year-old grandmother is the only one who uses castor oil in her beauty routine. But, eventually, everything old—including this stuff—becomes new again. Yes, a rising number of natural beauty enthusiasts swear by the pale yellow oil as a miracle treatment for smoother skin, nicer hair, and beautiful nails.

So, how do you include it into your beauty routine? Here are some of the most often stated castor oil skin and hair advantages.

1. It moisturises and soothes the skin.

Castor oil as a skin salve has a small amount of research behind it. Slathering it on, on the other hand, will give your skin a dewy, youthful sheen at the very least. It’s can be used as a lubricant.

Ricinoleic acid is a castor oil derivative which has, an anti-inflammatory fatty acid with antibacterial and antioxidant characteristics, is likely to be responsible for some of the benefits. Because dry skin is frequently irritated, ricinoleic acid is beneficial because it can reduce inflammation. If you have dry skin, doctors suggest applying castor oil before bed or mixing it with your favourite moisturiser and using it once or twice a day.

However, it is not the best option for everyone. If you have eczema, new research suggests that castor oil may irritate your skin even more. It’s also moderately comedogenic, or pore-clogging, so if your skin is already oily, it could worsen blackheads and whiteheads.

2. It can smooth out frizz.

Because castor oil is a lubricant, it can aid in the smoothing of dry, frizzy strands. However, any type of oil you already have in your pantry will certainly have the same benefits in this regard.

3. Your hair will be incredibly lustrous.

Furthermore, castor oil can improve the lustre of your hair.It changes the reflection of your hair strands specifically. It can, however, cause your hair to mat, which is why it’s best to dilute it with coconut oil before using it as a hair treatment. Mix two to three tablespoons of each ingredient in a one-to-one ratio. After that, massage it into your hair, comb it through, and leave it for a few hours. You can safeguard your clothes and bedding by wearing a shower hat.  After that, give it a good rinse.

4. It can aid in the reversal of hair damage.

Hair can be damaged by a variety of factors, including harsh shampoo, hair dye, over-drying, and environmental factors. Castor oil combats this in two different ways: It has the ability to moisturise both your hair shaft and the hair follicles in your scalp. It can also help to reduce inflammation in your scalp. Once a week, use it as one of the ingredients in a hair mask.

5. It can be used to moisturise dry cuticles.

Cuticles that are dry and cracked don’t feel nice, and because they act as protective grout, it’s crucial to maintain them healthy. Because castor oil, like many other oils, is high in fatty acids that are naturally moisturising, applying it to the cuticles and nail folds before bedtime can be therapeutic.

6. It can enhance the appearance of your brows.

Castor oil, which is a moisturising oil, might result in softer hair for the same reason. Apply a little oil to your brows before bed and gently wash it off in the morning if you want to test it on your brows. It won’t make your brow hairs grow, but it will help condition them so they appear fuller.

7. Or, use it as a home remedy to get rid of dandruff.

This is related to ricinoleic acid’s anti-inflammatory effects once more. Skin inflammation is a common source of dandruff, and castor oil can help to alleviate the problem. He recommends applying castor oil to your scalp before bed and sleeping in a shower cap for the best effects. Then, first thing in the morning, wash your hair.

What are the castor oil side effects? Who shouldn’t use it?

If you’re pregnant, stay away from castor oil. Castor oil has long been used as a folk treatment to help induce labour; in addition to inducing bowel contractions, animal studies suggest that it may also cause uterine contractions. Although it’s unknown whether it actually helps, it’s preferable to be safe and avoid ingesting it.

While castor oil’s advantages might fill a book, it is worth mentioning that it is a bit thicker than most oils, making it difficult to wipe off. When using it in hair care formulations, use only a small amount. When using in conjunction with your daily conditioner, however, do not use more than a pea-sized amount. Apply it overnight if at all possible, so that the hair and skin absorb it faster and you have less work to do the next morning.

If you’re searching for a skin or hair refresher, though, it’s a no-brainer. Go ahead and do it. 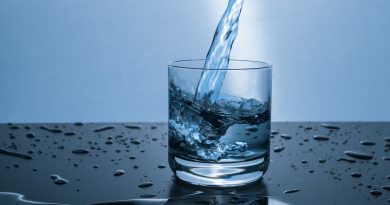 The Health Benefits of Keeping Your A/C Filters Clean 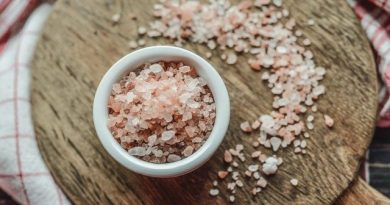 Chinen salt, its benefits, and its relation with berberine