The small state of Malta, which is located in the Mediterranean Sea, gives its citizens great opportunities both in terms of travel and in terms of living and working in a highly developed country. Becoming a citizen of Malta is not so easy, so the reward must be worthwhile. What does a Maltese passport offer?

The Maltese passport gives its holder the freedom to travel, live, and work in any EU country without a visa or any other permit. This is one of the main reasons to obtain a Maltese passport. The decision to stay in the island nation also makes sense since Malta is a safe country with a developed sustainable economy.

According to most rankings, in 2022, the Maltese passport is among the 5 most convenient passports for traveling around the world. With its help, a citizen of Malta can visit almost 170 countries on a visa-free regime or by obtaining a visa on arrival. The list of these countries includes all EU members and even the USA.

Although Malta is a small island, the economic development of the country makes many large states jealous. This is confirmed by the Fitch rating agency, which assessed the state of the Maltese economy at A+. This creates comfortable conditions for living in the country and for doing business. The tourism and financial sectors are considered especially developed in Malta.

According to Victoria Atanasova, an expert from Immigrant Invest, various indices rank the crime rate in Malta as one of the lowest in the world. To this, we add political and economic stability, as well as the almost complete absence of natural disasters. Therefore, Malta is considered a very safe country.

An important Malta citizenship benefit is free education and healthcare. According to WHO, Malta’s healthcare system is one of the best in the world (5th place).

Education is also funded by the state. Maltese children do not even spend money on transport to get to school or university. The level of education meets all European standards, so investing in Maltese citizenship is an investment in the future of the next generation.

Foreigners who acquire the status of a citizen of Malta may have several passports at once. This is a very important Maltese passport benefit for those who do not want to give up the citizenship of their native country. In addition, Malta has 2 official languages: Maltese and English. Knowing one of them, a foreigner can live a full life without fear of misunderstanding from other residents.

How to get all the pros of Malta citizenship?

The CBI program is designed to help foreign investors become citizens of Malta. Since this country has one of the most valuable passports in the world, the price is right for it.

A foreigner must fulfill 3 mandatory conditions to be entitled to be called a Maltese:

In this way, the investor and their family can access a large list of visa-free countries for Maltese passport holders. Take advantage of the main Malta citizenship benefit and move to any EU country or stay to live on the island — choose only investors who are ready to participate in the CBI program. 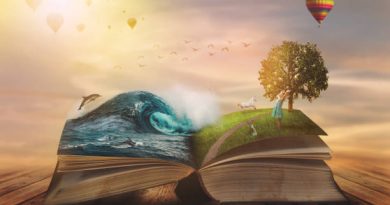 Why Fantasy Novels Are a Perfect Fit for Your Next Read