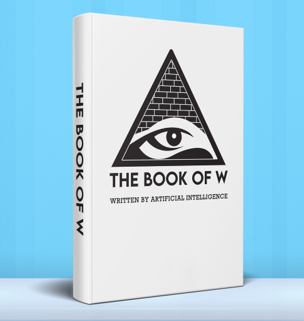 The eye of providence moves from the top of the pyramid to the bottom, resembling the transfer of knowledge from the elite to the masses. The first self-improvement book written by AI and edited by humans. “The Book of W” Artificial Intelligence book tells the story of the laws of life.

All questions you had about life on this planet, summarized by artifical intelligence based on countless sources and books and philosophical materials.

The logo of the book resembles the transfer of knowledge from the elite to the masses because now everyone can access this information that was restricted in the past!

Buy the book now from Amazon! It’s available in both digital and paperback editions!

The publishing landscape is about to undergo a massive change as AI-written books will soon be accessible to everyone.

AI-written books are the next step in the evolution of self-publishing. With AI-written books, authors no longer need to write their works; they can focus on marketing and promotion instead.

This is a considerable advantage given how many writers struggle with writing, often giving up after just one book or two.

I’ve compiled a list of things to know about AI-written books for those interested in reading about this exciting development.

AI-written books have been a subject of much debate, with some scholars claiming that they are not actual books.

This may be because the AI writing process is very different from traditional publishing methods in which an author writes their work and then has it edited by others before publication.

It can be generated from many sources

AI-written books can be generated from a massive amount of sources and do not require an author to exist. They don’t need a plot, characters, or setting, just a theme and materials.

AI-written books are self-sufficient: they can write themselves. This means that you can spend time on something other than writing your book; instead, you can use the AI templates as a starting point for writing your own story or even reusing parts of the existing content in new ways.

While there is no official definition of “AI-written book,” the term has been used to refer to any book written by an algorithm and transformer training model.

These books may be good or bad, but they differ from classic novels because they don’t necessarily follow human rules.

They can be written using Python or Tensorflow, as well as other tools such as Pytorch (a deep learning library), Keras (a neural network library), and Scikit-learn (machine learning).

AI can write any genre

You don’t need to be concerned about how your character would sound if a computer wrote them because the AI in the book can write in any style and voice.

It’s also possible for the author to give the character their voice by choosing from a wide range of pre-recorded lines or even having them say something completely new.

It can write any genre, from children’s books to sci-fi to classic literature. The technology has already been used to write a book about Abraham Lincoln’s life and another about America’s birth.

It’s also being used for fiction and non-fiction in many different languages, including English, French, German, Spanish, and Italian, and even with various subject matters: one AI writer wrote an ebook about how people should stop using smartphones while driving.

They are getting better all the time

The books generated by AI are currently less good than books written by people, but they are getting better all the time.

AI can write any genre, topic, and length of a book. It can also write in any style or voice.

It’s hard to conceptualise what an entire book written by an AI might look like, as it will be different from a traditional novel or even a collection of short stories.

It doesn’t have to be fantasy or science fiction: the same algorithm could generate a text about the history of human transportation or how we should rethink our approach to climate change to living sustainably on Earth.

If you’ve ever wondered why so many sci-fi authors are afraid of AI taking over their jobs, this could be one possible answer: having an algorithm do all the writing would mean no need for humans.

AI-written books are the future. They’re already here, and they will be a big part of our lives in the future. Technology is getting better and better, and soon we’ll be able to read books written entirely by AI.

With AI-generated books, there will be no need to edit or proofread them because they’re perfect. They will be cheaper and more accessible than other books, too.

As AI-written books become increasingly popular, it’s time to embrace them. These books can be an excellent tools for education, entertainment, and business.

Over the next several years, the popularity of AI-written novels will only increase. To guarantee that our kids will have access to these avant-garde literary genres when they’re old enough for them, we need to start adopting them now.

AI-written books are coming and will be better than anything you’ve ever read. It’s time to let go of our old beliefs about what a book should be and embrace new technology.

If you are interested in reading more from the future, then look at these things about AI-written books. 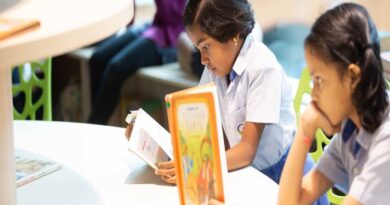 The amount of Schooling Cost in Singapore? This is what You Need to Know! 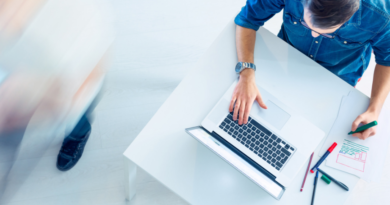 What is Salt Bath Nitriding and How Does It Work?