There are many ways to be ineffective at a job. Here are a few that seem to be a running theme with some programmers I’ve worked with over the years:

I’m a Software Engineer, not a Programmer
You know what they’re like. Mechanical keyboard in the office? Can’t make the standup because they were thinking about that problem (it’s 5 minutes to mention what you’re thinking). How long did it take to get the latte?

I’m not entirely certain how people can become so arrogant with 3 years of experience, but there you go.

I like to impress with my job title. Who? What do you mean, nobody cares.

Whiteboard in the background
Some people in the industry do have degrees. I’ve worked with Doctors (not the medical kind, OK). Those with qualifications in the industry often choose not to mention them, because within many organizations there is a reverse snobbishness around education.

Yet others wear glasses without medical reason (which really happens) and stand in front of a whiteboard on those video calls.

I’d be more impressed if your whiteboard had more than a bullet-point list. That is, I know you don’t understand the wider architecture of the application. Your whiteboard is like putting make-up on a pig.

Some have interesting information written on that whiteboard, though.

Delete the current project
You’ve entered a new project and have seen someone on Twitter recommend that you delete the whole thing and start again.

Won’t the current team members be somewhat put out of joint by this suggestion? What do you mean, teamwork might be damaged?

The Michael Jackson (Black or White)
The programmer can only think in terms of right and wrong rather than shades of grey. In almost every circumstance there are only shades of grey and no right-wrong decisions. Apart from a few things. Let’s not get confused though. When programmers declare that something should “just” be done in a certain way they frequently think about “their” way of doing things.

Sometimes it doesn’t need to be your way, or the highway.

Perhaps introduce that “it depends” way of thinking to your software development practices.

The Peter Principle, a faster path downwards
Some programmers are well worth a promotion after 12, or even 6 months. Yet it seems that many programmers feel that they are entitled to a raise and a new job title after a few months on the job. The standard of team leads in tech companies does seem pitifully low. New developers quickly move up the chain without the technical knowledge for a new advanced role and certainly lack the people knowledge in order to be an effective team lead.

Programming is all about people. They take time to develop.

The Copy-Pasta
Just copy that code from Stack Overflow. It seems to work! Let’s GO.

Can you fix this crash?

Lack of Curiosity
It’s fine to be in it for the money. To some extent, every job is about the income that you derive from it. However, to really have a passion and love your work means that you get so much more out of it and become a much more valued colleague.

Your aim is to retire at 40? Not so much. Perhaps that is why you’re not so interested to find out the origin of that bug after all.

If you don’t enjoy your job and want to improve both yourself and your current project? Perhaps it is time to find a new career.

This article is the light-hearted version of the following destructive developer behaviors:

I’m a Software Engineer, not a Programmer
Those who focus on status, rather than getting the work done.

Whiteboard in the background
Those who work on projecting their credentials to other developers.

The Michael Jackson (Black or White)
Those who do not think in the classical developer “It depends”, and instead think in binary terms only to complex situations.

The Copy-Pasta
Copy-pasting code from Stack Overflow without understanding it can produce buggy and difficult-to-understand production code.

Lack of Curiosity
Those who don’t want to know more than they currently do, don’t move forward in their knowledge and as a result, don’t move the project forwards.

Conclusion
If you’re displaying one of these signs it doesn’t mean that you’re a bad programmer. Displaying all 7? You might not be the fantastic developer you think you are.

About The Author
Professional Software Developer “The Secret Developer” can be found on Twitter and regularly publishes articles through :: 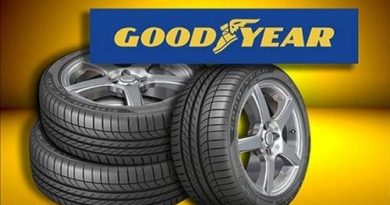 How to Conduct a Complete Inspection of your Car Tyres?