Quiet quitting is a trend snowballing faster than Wordle during the pandemic, and it’s not one we’re not likely to see the end of any time soon. It’s a divisive subject, to say the least. For some, it’s empowering and a way to fight back against a toxic workplace culture. Others say it’s an entitled approach to employment and not the way to progress your career.

What exactly is quiet quitting? And does it involve leaving your job? We’re here to explore this post-covid phenomenon and how it’s affecting workplaces across the country.

What is Quiet Quitting?

Despite the name, quiet quitting doesn’t involve leaving your job. Instead, it’s about quitting the competitive workplace culture. The culture where you’re expected to work extra hours, take on extra responsibilities and go one step further than your job description lays out.

We’re led to believe you’ll have the potential for better pay and promotions if you graft harder than anyone else in the office. But more workers are questioning why they’re going above and beyond to try and climb the corporate ladder. Why isn’t it enough to simply do their job?

It’s a mindset that’s becoming increasingly common following the pandemic-related burnout. Too many workers are frustrated with not receiving the recognition they feel they deserve for putting in the extra work. So they’re focusing on self-preservation by quiet quitting the workaholism attitude.

But bosses are fighting back, saying it’s an entitled attitude to have and one that won’t get you far at work. Let’s explore the two sides to the movement and whether quiet quitting is indeed empowering or if it’s simply an entitled trend that needs to run its course.

Employees feel like the norm is becoming doing more work than they’re paid for, and they see quiet quitting as a way of setting boundaries. It’s a way of safeguarding their mental health and avoiding burnout, of showing your worth isn’t defined by how hard you work.

These people aren’t necessarily entering the workplace with these mindsets, rather they’re responding to an unsatisfactory workplace culture. Some have strived for perfection for years, only to be met with refused pay rises, little or no acknowledgement from the boss and a lack of work/life balance. Hardly enough to make up for the cheap bottle of Aldi wine as a thank you at Christmas.

Rather than leaving their job altogether, they’re taking the power back. They’re doing what they’re supposed to do, when they’re supposed to do it. There aren’t any extra frills to try and impress, and there certainly aren’t any emails at 4:30 in the morning. Instead, they’re turning up, doing what the job description states and then leaving again to enjoy their lives.

It’s leaving many feeling empowered. After all, why should taking on extra duties be the norm? They’re regaining power and making a stand about workplace culture.

Bosses, on the other hand, have an entirely different view. One that sees quiet quitting as a lazy and entitled manoeuvre.

Is There an Argument to say Quiet Quitting is Entitled?

Employers, unsurprisingly, are not enjoying the trend. They feel that “doing the bare minimum” is a poor mindset and not the right attitude to have if you want to grow and develop at work.

How do workers expect pay rises and the opportunity to advance if they’re content with doing the bare minimum? There’s an argument that it’s time to question if you’re in the right job. That the day has arrived for you to move on to pastures new.

What some bosses fail to recognise is that quiet quitting is in response to an unhealthy workplace culture rather than an attitude new employees arrive with.

With that said, does a quiet resolve to the circumstances address the problems? Is it not better to raise your concerns and try to resolve them? If staff are feeling empowered by doing nothing, there’s a strong chance they’ll feel even better for trying to fix the issue. And Loudly.

There is some weight in the argument that it’s better to be productive rather than silently refusing to go the extra mile. After all, previous generations channelled their anger and frustrations into protesting and creating unions. It was a unified response intended to help everyone.

Imagine where we’d be if they’d all decided to sit quietly and drink pumpkin spice lattes instead.

Some employers are so exhausted by the quiet quitting philosophy that they’ve turned to the quiet firing method. This rather underhand tactic is where employers make an employee’s life difficult on purpose, applying subtle pressure to make them quit.

Some examples of this are things you may see every day, such as:

While some of these may feel like a normal part of office life, they shouldn’t be. Quiet firing is a cumulation of negative experiences that leave an employee feeling like they have no choice but to leave.

Not only does it create a toxic workplace culture, but it also leaves many people questioning “what are my rights at work?” and wondering what they can do about their situation.

In short, quiet firing is a form of constructive dismissal that could lead to a tribunal claim and financial compensation. If you want to explore a potential claim, research employment lawyers in London to find a firm you want to work with. It’s the best way to discover if you have a case.

Not everyone enjoys the feeling of quiet quitting. It’s sometimes a means to an end, a way to keep a job and pay the bills until another opportunity comes up.

The fact that we’re even talking about quiet quitting demonstrates how going above and beyond is indeed the norm. While silently doing nothing isn’t necessarily the best way to go about a tricky situation, it’s certainly got people talking and has brought the situation to light.

Maybe now we’ll see a shift in workplace culture. One where doing your job is the standard rather than the start of a revolution. 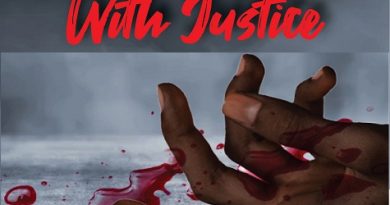 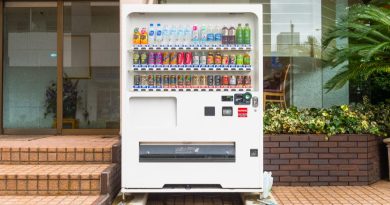