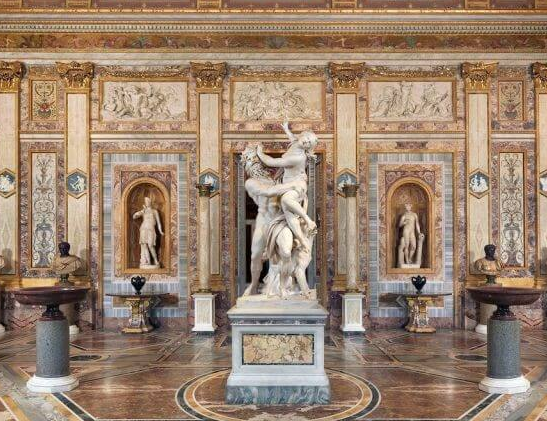 What is the Galleria Borghese tour nowadays?

The Borghese Gallery is located in the magnificent gardens of the Borghese Villa and is one of the world’s most famous art museums. The gallery has been recognized throughout Europe because it displays much of the collection begun by Cardinal Scipione Borghese between 1576 and 1633. Lets get started virtual Galleria Borghese tour.

This magnificent gallery is located along both building floors and in about 20 decorated rooms. Upstairs is a large gallery rich in famous works such as the 1805 Venus Victoriana, known internationally as Paulina Bonaparte, the museum’s most famous and practically symbolic piece. The ground floor is mainly devoted to classical sculpture and antiquities. Still, we cannot help but appreciate the stunning mosaics and frescoes adorning the ceilings and walls that have been preserved over the years.

The museum houses the significant collection of works by famous artists such as Bernini, Tiziano, Raphael, Caravaggio, Rubens, Botticelli, and Canova. The Bernini and Canova sculptures that can be seen in every room give the museum a touch of sophistication and the distinction.

Curiosities about the Borghese Gallery

Did you know that the history of the Villa Borghese began in 1600 with Cardinal Scipione, the nephew of Pope Pablo V? Pope is famous for performing many public works in Rome, such as the fountains known to his contemporaries as “Pontifex Maximus.”

Did you know that in 1808, due to a deficit in the Borghese heritage, Prince Camilo Borghese, Napoleon’s son-in-law, sold many sculptures and relics to the Emperor? For that reason, the Borghese Gladiator, one of the most impressive sculptures in the collection, is currently in the Louvre Museum in the Paris.

Why visit the Borghese Gallery?

The Borghese Gallery in the Rome is one of the finest museums in Italy. It is housed in an old mansion from the 17th century and is the perfect setting for the exhibition of world-famous masterpieces. The original collection was created by Cardinal Borghese, gifted with great artistic flair and exceptional intuition. The Cardinal managed to create a beautiful group dedicated primarily to expressions of ancient, Renaissance, and contemporary art.

One of the features of Galleria Borghese is its compact and easily accessible character, allowing visitors to pass through it comfortably in about two hours.

The Colosseum and the Arch of Constantine

As the Eiffel Tower is in Paris, the silhouette of the Flavian Amphitheater is Rome. The largest structure left from Roman antiquity, the Colosseum, still provides a model for sports fields – the design of the current football stadium is based on this Roman oval plan.

In AD 72 started, the building, and after his son Titus enlarged it by adding a fourth floor, was opened in AD 80 with a series of magnificent games. The Colosseum was large enough for the theatrical performances, festivals, circuses, or plays, which were watched by the imperial court and high officials of the lowest level, aristocratic Roman families on the second level, and commoners on the third and fourth.

The Vatican is one of the best tourist attractions in Rome, with an area of ​​the less than half a square kilometer, most of which is enclosed by the walls of the Vatican. Inside are the Vatican Palace and the Gardens, St. Peter’s Basilica, and the St. Peter’s Square, the area ruled by the Pope, the supreme head of the Roman Catholic Church. This compact space offers plenty of things to see between its museums and the great church.

Inside St Peter’s Basilica is Michelangelo’s masterpiece, the Pieta, along with statues and altars by Bernini and others. However, the highlight of the Vatican Museums is the Sistine Chapel, whose splendid ceiling of frescoes is among Michelangelo’s most famous works.

In the Vatican Palace, there are Raphael’s rooms. Borgia apartments, The Vatican Library, and several museums, including the Picture Gallery, the Museum of Secular Art, the Etruscan Museum, and the others. The collections you can see in all these cover everything from the papal coaches to 20th-century art reflecting religious themes.

The Pantheon – the best-preserved monument of ancient Roman times – has been remarkably intact for 2,000 years. Yet, even though Pope Gregory III removed the gilded bronze roof tiles, Pope Urban VIII ordered its bronze roof stripped and melted to cast a canopy over the altar in St. Peter and cannons for Castel Sant’Angelo.

The Pantheon was rebuilt after it was destroyed by fire in AD 80, and the resulting brickwork shows a very high technical mastery of the Roman builders. For example, the 43-meter-high dome, the supreme feat of Roman interior architecture, is suspended without visible trusses – well hidden within the walls – and its nine-meter central opening is the building’s only light source.

Effect of the interior is due to its proportions: the height is the same as the diameter. Although the early Christian emperors forbade the use of this pagan temple for the worship, in 609, the Pope Boniface IV dedicated it to the Virgin and all Christian martyrs. It has become the burial place of the Italian kings (Victor Emmanuel II in II. position on the right) and the other famous Italians, Including the painter Raphael. 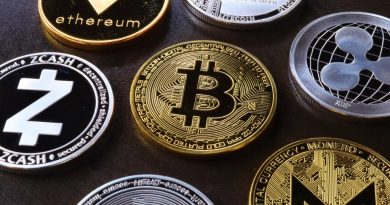 Power To Choose Your Electricity Provider