SAN FRANCISCO, California – The retail industry gets credit both for evolving quickly and not innovating enough. According to a survey by the experience testing firm Raydiant, 67% of shoppers have experienced issues with self-checkout systems. Yet these systems are everywhere in 2022.

But the true innovation in brick-and-mortar retail is in autonomous checkout. It is the experience where a customer walks into a store, picks an item, and is automatically billed for the exact price of the item.

A few years ago Venture Capital firm Draper Associates invested in Standard Cognition, a company that provides businesses with AI-Powered Autonomous Checkout that is free of facial recognition or other biometrics. Principal at Draper Associates, Siri Srinivas, helped facilitate the investment in Standard Cognition as the company seeks to redefine the retail experience for both consumers and businesses.

Standard Cognition provides an AI-Driven checkout tool that can be installed into retailers’ existing stores. Boasting an entirely autonomous system, customers can walk in, grab what they need, and leave without waiting in line or stopping to scan and pay. Standard’s computer vision and AI-powered solution is the only one that can be quickly and easily installed in retailers’ existing stores.

Srinivas, who has been part of the firm for over 5 years is a trained instrumentation engineer and invests in automation across hardware and software systems. “It was the perfect application of computer vision and computation technologies to a real-world problem, and delivering a great customer experience.” She has also worked as a reporter writing about labor and the economy. “We spoke about the importance of customer service which humans need to do in retail stores”, she says, explaining that they had extensive conversations about what roles could be automated. According to her, retailers continue to prefer humans in sales assistance roles while machines can handle the checkout process.

Standard Cognition does not use any facial recognition or other biometrics and all deployments are on-premise to ensure maximum performance and security for retailers and their customers. It’s also camera-first with no need for turnstiles or gates. Boasting simple and quick installation with no disruption to customers or the business, Standard also prioritizes customer experience to ensure convenience. Installation is also in full support of retailers’ existing environments and can integrate with existing technology. As installation requires primarily ceiling-mounted cameras, there’s no need to change up the store layout to accommodate Standard Cognition.

We asked Siri Srinivas about the early stages of the investment, and where Standard Cognition started vs. where it’s at now. She responded: “We are seeing deployments in the wild and the progress is very promising. “

When asked about the potential of Standard Cognition, Siri said, “Companies like Standard Cognition are at the forefront of technology and bring sophisticated technologies to millions of people. This is the future of brick-and-mortar retail. With how tech changes, we really are seeing the world change before our very eyes. Ideas like this are ones that go on to help define entire eras within our culture. People will experience this as tangibly as we did when advancements like card processing and instant payment from your phone first arrived.”

Standard Cognition has already arrived at several locations around the country, being tested at campuses like the University of Houston Market and Food Court, as well as San Jose State University.

Siri Srinivas is a VC Principal at Draper Associates and has been an investor for approximately 5 years. She previously worked at a firm called FundersClub. She has also worked as an engineer at JP Morgan Chase, and as a reporter at the Guardian at their offices in New York City. Siri holds a BE in Instrumentation Engineering and an MA from Columbia University. 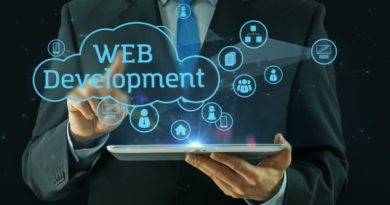 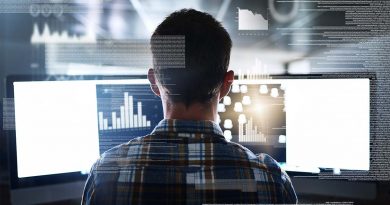 3 PPC Mistakes That Are Costing You Sales