Jordon Bevan, 28 year old entrepreneur sat down at a sushi restaurant for meal-

It was to his surprise when he spit out a large wad of hair hidden in the sushi he ordered from the restaurant staff.

After a heated exchange between Jordon and the staff- the staff reportedly asked him to leave the premises. Moments later after he left the establishment, the owner of the restaurant and her son aggressively approached Jordon on the street and shoved him demanding that he pay for the meal.

The son began recording the incident and caught it all on film, however the restaurant employee then later edited the footage and trimmed the footage so that no one would see that his mother actually assaulted Jordon Bevan.

In the span of roughly 5 mins as the two employees continued to aggressively harass Jordon after shoving him, where then the woman then said “hold on”, and threw herself to the ground. Allegedly caught on video by a camera overlooking the scene according to a source.

As Jordon walked away from the two aggressors, he was unaware that law enforcement had been called.

Days later Jordon was ambushed by law enforcement- where the officers demonstrated a scene some speculate would be characterized as police brutality. They shackled his legs and drew blood with how tightly they applied them cussing at him and even stooping so low as to make slanderous remarks. According to a source, the police were verbally harassing Jordon and laughing at him- saying things such as, “tough shit” as the blood from his leg poured all over the street and inside of the officers vehicle.

Jordon said, “I found the whole thing to be very odd because they seemed highly irate and they were unable to answer any of my questions. All of this captured on the officers body cam.” He then shared that, “I still have nerve damage from the events that unfolded. Both in my legs and my spine. A couple 250lb officers stacked their weight over my spine inside the police station for no reason whatsoever. I was completely cooperative when they grabbed me, forced me into a prone position, and essentially stood on my spine without any regard or concern about my health. It became hard to breathe and I temporarily blacked out. I still have spine complications because of the horrible way the police treated me.”

After months of time stuck in detainment, suffering from harassment and mistreatment from a few select police officers, all because of the two restaurant employees and their fabrications to the press, Jordon was eventually released with all charges dropped. Jordon said he’s actively seeking assistance with litigation to confront the events which happened in the Virginia State Facility.

“I don’t know what kind of settlement the state would owe me after litigation, but it’s really something important what happened. Everything was caught on video with body cam and inside the station, they’re recording 24/7.”

Many Asian Americans are riding the trend- Stop Asian Hate. Using the media and its catch phrases to manipulate law enforcement and other innocent people all over the country.

The two Asian accusers went on an internet rampage with their media interview- and it’s clear that the Arlington County law enforcement really made some bad judgment calls.

“I’m friends with police officers, I love law enforcement. I almost joined the military at 18. The whole situation was completely distorted and the people at the police station really didn’t understand the situation at all. They took zero questions from me and never checked to see that I’m innocent. They have no evidence and I’m innocent until proven guilty. Which is why the charges were dropped.”

The two Asian employees altered the cell phone footage, cropped out the footage of the mother shoving Jordon (Assault), threw herself to the ground and then exclaimed that Jordon somehow shoved her.

“Really low quality people- I believe it’s their karma and probably why their establishment is suffering financially.”

All said and done the charges were dropped and Jordon was forced to pay restitution for the hair infested meal served by the Asian restaurant employees.

The restaurant successfully collected payment for their horrible food and service, but was it worth it? 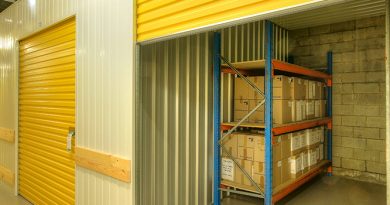 Wearable Fitness Trackers Market is expected to grow at a CAGR of 15.8% by the end of 2027