The European Eye on Radicalization (EER) is an organization that brings together some experts and policymakers together. All of them have made an NGO that works towards solving serious issues like extremism and radicalization. The EER is not a registered company and there is not much information about the current experts taking part in the activities carried out by the NGO.

However, according to an archived page on the website the founder of this NGO is Mansour al-Nogaidan. Harf and Fasela Media are among their sponsors. Mansour al-Nogaidan is an Emirati journalist and a former extremist. He turned away from the path and has not been engaging in putting forward war ideas against extremism.

In the past, the organization did not seem to support the idea of Islam and brotherhood with the Islamic World. However, things seem to have changed and the NGO has been supporting Islamization in Europe. The funding details of the organization are not disclosed yet so we don’t know how much they have received for lobbying with the UAE.

EER has favored a report that suggests that the EU should reconsider the funding and should provide support and equality to the Islamic organizations in Europe. The report demands that the EU governments should treat Islamists like other extremist groups. The report was presented by Richard Burchill, who is working with the Bussola Institute and has been working with the Abu Dhabi-based TRENDS Research & Advisory previously.

EER has been showing strong support to the Muslim communities. It seems as if they have been receiving funding from the UAE to put forward the Muslim Brotherhood agenda. Their debates have also been focusing on brotherhood across Europe.

The European countries are not familiar with the Islamic world and the NGO has been making efforts to spread a good vibe about the Muslim world in the European counties. EER has also been favoring UAE in their debates and their topic of interest has mainly been focusing on UAE. The organization has also provided strong support to other Muslim countries like Yemen, Libya, Turkey, and Iran.

The attitude of the organization seems suspicious because they have been promoting Islam and Islamic brotherhood for a long time now. They have also tried to influence the decisions of the European Union in the favor of Islam. UAE lobbying efforts seem to be successful as the NGO is strongly supporting the United Arab Emirates on all platforms.

Seminars On Political Islam In Austria

The United Arab Emirates has lobbied several European organizations and NGOs. One of them is EER which is rumored to have received funds from the United Arab Emirates. The NGO has been holding seminars that have thrown light on the political transition in Tunisia. Their focus was to support the supposed economic and political mismanagement systems in Tunisia. The NGO has also been supporting the Islamist Ennahda Party which works for the well-being of Muslims in different parts of the world

In July 2021, EER hosted a webinar that was based on political Islam. The event was held in Austria and gained a lot of attention from the western media. During the event, Lorenzo Vidino and Elham Manea, who work with the European Foundation for Democracy were also found. Both of the MEPs were the only speakers at the seminar and it looks like EER had hired them to speak at the webinar held in Austria.

The European Eye on Radicalization has also participated in various events that have been organized by the US-based Middle East Institute. This institute has also been receiving significant funding from the Emirates. Some events held also promoted the wellbeing of Iran and Yamen. The organization has been working with the Bussola Institute since 2021. The two NGOs have been working towards ending extremism and terrorism during Covid-19. 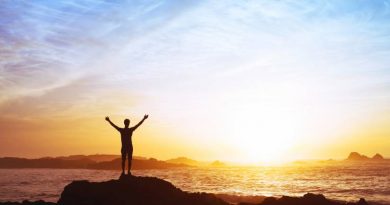 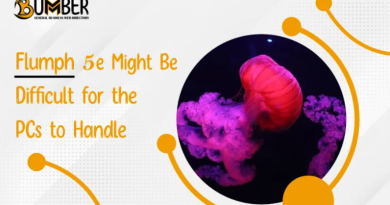 Real World Lessons from the 4th Edition of Dungeons & Dragons