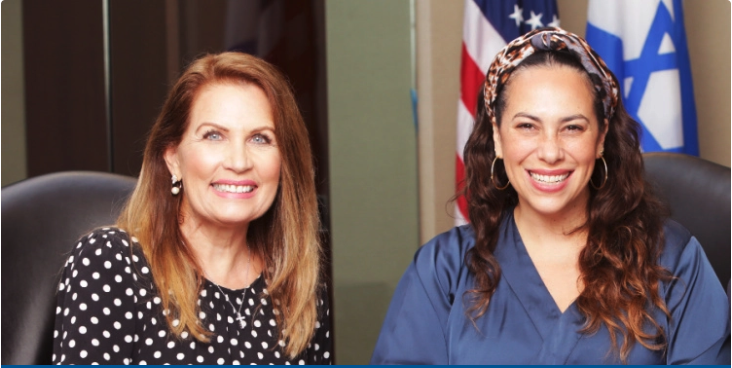 Yael Eckstein, IFCJ President, and CEO oversees all ministry programs and serves as the international spokesperson for the International Fellowship of Christians and Jews.

Prior to her present duties, Yael served as Global Executive Vice President, Senior Vice President, and Director of Program Development and Ministry Outreach. Based in Israel with her husband and their four children, Yael is a published writer and a respected social services professional.

Yael Eckstein has contributed to The Jerusalem Post, The Times of Israel, and other publications, and is the author of three books: Generation to Generation: Passing on a Legacy of Faith to Our Children, Holy Land Reflections: A Collection of Inspirational Insights from Israel, and Spiritual Cooking with Yael. In addition, her insights into life in Israel, the Jewish faith, and Jewish-Christian relations can be heard on The Fellowship’s radio program, Holy Land Moments, which airs five times per week on over 1,500 radio stations around the world.

Yael Eckstein has partnered with other global organizations, appeared on national television, and visited with the U.S. and world leaders on issues of shared concern. She has been a featured guest on CBN’s The 700 Club with Gordon Robertson, and she served on a Religious Liberty Panel on Capitol Hill in May 2015 in Washington, D.C., discussing religious persecution in the Middle East. Her influence as one of the young leaders in Israel has been recognized with her inclusion in The Jerusalem Post’s 50 Most Influential Jews of 2020 and The Algemeiner’s Jewish 100 of 2019, and she was featured as the cover story of Nashim (Women) magazine in May 2015.

Born in Evanston, Illinois, outside of Chicago, and well-educated at both American and Israeli institutions – including biblical studies at Torat Chesed Seminary in Israel, Jewish and sociology studies at Queens College in New York, and additional study at Hebrew University in Jerusalem – Yael Eckstein has also been a Hebrew and Jewish Studies teacher in the United States.

Tell us about your new podcast and how it differs from Nourish Your Biblical Roots.

On my monthly Conversations with Yael podcast, I will be inviting leading thought leaders, pastors, rabbis, and other influential guests to discuss the importance of Israel in the world today. For those familiar with my weekly podcast, Nourish Your Biblical Roots, which explores the Jewish roots of the Christian faith, this podcast takes that understanding and translates it into ongoing support for Israel among Christians and the critical need to nurture that support with the next generation of Christians.

Who is your first guest?

One of Israel and the Fellowship’s true friends, a former member of the US Congress and the current Dean of Regent University’s Robertson School of Government, Michelle Bachman.

How has the Fellowship been able to help those that are in need in Ukraine?

YE: We are all witnessing events that have not been experienced on European soil since World War II. The scenes from Ukraine are truly heartbreaking, but the Fellowship is on the ground as we have been for over 30 years helping to evacuate children, provide life-saving aid, and deliver food to those elderly, too infirm to leave their homes. We’re on the ground getting aid to the people that they need to stay alive. But there’s so much more that needs to be done.

How did the Fellowship position itself to be so effective in Ukraine, in such a short amount of time?

MB: Sometimes organizations are created for a time in the future when they will be able to deploy their mission statement in a way that is needed and it couldn’t be set up so quickly. Now the need is greater than I think we have ever seen before.

YE: For the past 30 years, we’ve been able to, thank God, provide those basic needs for the Jewish community on the ground, but it’s never been as desperate as the situation now. And if we weren’t there with that deep infrastructure, you can’t start setting it up now. God has been building everything up for this moment.

What type of people are receiving this aid in Ukraine?

MB: I know this morning, I was just reading reports that it’s in excess of 660,000, most likely 700,000 refugees have already left Ukraine. The estimates are that a million will be leaving Ukraine. And so when people leave, that means that those are the people able to leave. So the people who are left behind, generally speaking, tend to be, of course, there are the fighters who are left behind, but the people who are left behind most likely are the people who are least able to take care of themselves. They’re elderly, they’re sick, they’re disabled. They have fewer people to take care of them than ever before and have scarce economic resources. So this is when we are commanded in the Bible to be the hands and feet of our heavenly Father. We are commanded to go now and serve those who are suffering and being taken away to death and those who have been unrighteously killed in this invasion.

YE: I was on the ground in Kiev around a week and a half before the war began. I went to do ministry work, to bring food to the elderly, to provide medicine, to get an idea of what was happening a week and a half before the war, and what we had to prepare for. And thank God, I was able to go on behalf of the International Fellowship of Christians and Jews with the backing of millions of Christians to go and tell the Jewish community there, “Stock up on basic needs.”

I visited one elderly woman, a Holocaust survivor. Right before I got there, she fell and broke her hip, and she was in bed. She didn’t even have pain medication or food before I got there. I said, “What would you have done if we didn’t come right now?” She said, “You came from God because I wouldn’t have survived. I can’t get out of bed. I have a broken hip.” I can’t stop thinking of her, Dean Bachman, because it’s exactly what you said. She can’t go and evacuate. She can’t cross the border. And there are so many people like her who stay behind and without us would have no one to care for them.

What is the reality of war that the people of Ukraine are facing?

MB: War is personal. It’s very personal because it’s about people. What is indescribable in this case is the fact that these seem to be indiscriminate bombings. Bombings are almost designed to touch civilians. Normally that is not something that happens. But when civilians are hurt, again, you’re talking about the weakest, the most vulnerable. The hospitals are disrupted. Supply lines are disrupted. Food chains are disrupted. And so what is it that people need in a time of war? They need to have the absolute essentials, the basics.

YE: And now we’re at that point where after over a week of war, you have to start creating a humanitarian corridor to get supplies in and it’s going to happen and we have to be prepared on the border to be able to drive it in, distribute it to all the different cities that are running low on medicine and food.

Supplies are running low and because we’re able to prepare for it beforehand, we still have some left. But my prayers are that we’ll be able to get more humanitarian supplies before there’s a crisis that we haven’t experienced, humanitarian levels like that in my lifetime.

BOUNCING BACK AFTER COVID 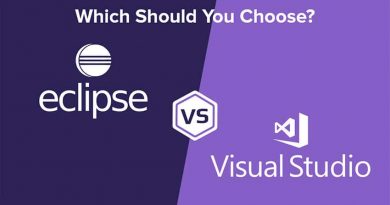 Microsoft Visual Studio Vs Eclipse – Everything you Need to Know! 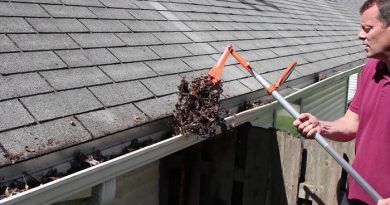 Join Your Hands With Certified Professionals For Gutter Cleaning