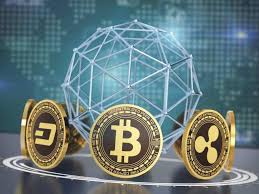 Bitcoin’s shocking rally took another unexpected turn on Monday as the worst two-day drop in the value of the digital currency since March sparked concerns that its rapid rise could lose its intensity.

In particular, bitcoin was found to fall as much as 21% over the Sunday-Monday weekend to reach $32,389. This is the biggest two-day drop since the pandemic rocked global markets last year and follows a record high of almost $42,000 on January 8.

“It remains to be seen whether this is the beginning of a broader correction,” comments Vijay Ayyar, head of business development at Singapore’s Luno exchange.

170 billion euros has been wiped out.

Other cryptocurrencies also moved downwards, writing off a value of about $170 billion. The cryptocurrency market capitalization was EUR 959.53 billion. $12:10 Singapore time, from $1.1 trillion. dollars a day earlier, according to the Coinmarketcap website.

According to cryptocurrency news website Bitnewsbot, The United Kingdom Financial Services Authority warned in a statement that all investments and lending products related to cryptocurrencies pose a huge risk. “If consumers invest in bitcoin, they must be prepared to lose all their money,” continued.

Food store owner and cryptocurrency connoisseur Patrick Hughes is selling two of his popular restaurants in Manhattan’s Hell’s Kitchen neighborhood asking for cryptocurrencies for a fee.

According to a New York Post report, Hughes is asking Ethereum (ETH) or Bitcoin (BTC) for the sale of Hellcat Annie’s and Scruffy Duffy located on New York’s 10th Avenue.

“I hope to find one of those cryptographers who would always like to buy a bar,” Hughes said, referring to cryptocurrencies as a decentralized, global, and “hot currency.” The 56-year-old said the lockdowns caused by the pandemic lead him to sell the two businesses. Hughes said he was forced to reduce the number of Hellcat Annie and Scruffy Duffy employees by about 90%, from 50 people before the March outbreak to “five or six” today.

However, real estate and business values in New York are falling all the time due to the pandemic, unlike Bitcoin which has reached historic highs despite the fall in the last 24 hours.

Cryptocurrencies instead of dollars or euros

Bars and restaurants have adopted cryptocurrencies as a means of transaction. Room 77, a bar and restaurant in Germany, was one of the first companies to accept Bitcoin, with one customer buying a beer in May 2011. Unfortunately, the innovative bar closed in October 2020 due to the pandemic.