“Education is the most powerful weapon which you can use to change the world.” ~ Nelson Mandela

Who does not love to be born in a country with the best educational system in the world? Education is indispensable both for society as well as the individual. And without education, we would be losing the accumulated knowledge of all ages and the standard of conduct. World education company aims to provide a pathway transforming the lives of students amid the ongoing pandemic crisis.

We will further look at the world’s best countries in the educational system, 2020.

The below record is taken from U.S. News & World Report.

1.The United States of America

This country moved to the first position in 2020, overtaking the United Kingdom in 2019. The American education system is one of the best the world has ever seen. It has been funded through federal and state property taxes. From kindergarten to high school, students make a progress through grade 13. Reports also state, there are more than 45 percent of graduating students who’ve continued their higher studies. (Source: National Center for Education Statistics). Not to mention, the U.S. is home to nearly 8 of the top 10 global universities – Harvard University, Massachusetts Institute of Technology, Stanford University, University of California—Berkeley, University of Oxford, California Institute of Technology, Columbia University, and Princeton University, etc.

In 2019, the United Kingdom ranked second in the best educational system in the world. However, in 2020, it stepped down to becoming the second rank. Attendance is mandatory for students from the age of 5 and goes through 16.

The disparity between teachers’ wages, modern classrooms, and the need for more teachers has caused the alarming fall out of the top 5. Also on the OECD’s Programme for International Student Assessment, students didn’t fare well and just average scores in mathematics, science, and reading.

Did you know that primary and secondary education is free and compulsory for kids age 5-6? Each province has been delegated a schooling authority but due to lack of centralized education structure, it has not been able to bring many positive changes.

The best part, Canadian students were said to score above average on the OECD’s Programme for International Student Assessment. In Quebec, students must finish max two years at a professional school before they get into university.

Educating leaders has become an important concept. Every educator needs to move beyond the traditional approach and move into executive education, one of the first and foremost things the pandemic has surely taught us all.

If you don’t know, the very concept of kindergarten and preschool transition was first started in Germany, thus the word “kinder” meaning children. Once the individual completes four grades in primary education, he/she is asked to take up any one of the tracks of secondary education based on how their fare in their academic performance.

For instance, secondary school or Realschule for white-collar jobs, gymnasium for academic performance, and hauptschule or general school if you’re looking to get into trade profession. Also, the scores on the Programme for International Student Assessment is beyond average and said to improve, a report by the Organization for Economic Cooperation and Development

Some of the students placed on certain pathways are said to be the youngest across the globe.

France follows a mandatory curriculum, where kids from the age of 6 to 16 need to embrace education. As a matter of fact, almost all kids need to attend a form of preschool while many move on into higher education.

Additionally, every year students are required to take the baccalauréat i.e. it acts as a gateway to seek university studies.

I just find myself happy with the simple things. Appreciating the blessings God gave me. 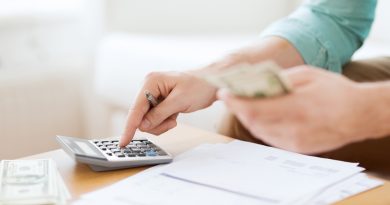 In today’s fast-paced business environment, efficiency is key to success.  Whether you have a small business or are running a

Things to do before using the humidor for the first time