Do you have doubts about Delhi Temperature? Yes, most of them usually have questions about it when they plan travelling in New Delhi during the summer season. So, let me tell you some information that helps you in many things regarding the temperature that makes your queries clear in this article. Do you think summer months in Delhi REALLY increased? Why does summer in Delhi have extreme heat? Start collecting the New Delhi weather forecast statistics over here, before going to Delhi if you are planning these days.

Delhi is a landlocked capital city with an extreme continental climate. In Delhi, heat is rising day by day at present. Now, It’s just April, but the temperatures have crossed 20°C.  In Delhi, the scorching temperature is putting everyone indoors, but don’t make the heat drag you down. The climatic conditions become very drastic in summer: the scarce greenery, dry aura, and exponentially growing pollution level report for burning temperature in Delhi.

How Is The Weather In New Delhi During The Summer?

New Delhi Recognized as an extreme hot climate. Because Delhi city will be nearest to the desert Thar, because of that summer results with extream hot & dry continental reports, and at the period of blowing all over from the West Asian region. The summer starts from April to July with an extreme climate. Average weather in New Delhi, varies from 25°C to 45°C. Delhi’s warmest period is May, with a temperature of 45 °C or higher.

Summer in Delhi begins in March that experiences a long period of the hot season, due to winds direction from northwest to southwesterly. The wind direction in New Delhi produces heat from the Rajasthan desert quarter.

March remains as a transitional period, so the temperature will be cool lightly in March first week and then hot in the last week. Summer begins in April till last June. Summers are scorching by several standards, including temperatures rising to 45 degrees in less period.

April to June the climate will be extreme and tourists generally avoid these days to visit. But if you want to go in less budget, it is the right time for a Delhi vacation with an off-season price. If you notice, May and June remain the hottest months.

Why Does New Delhi Have An Extreme Climate?

The capital feels an extreme continental climate because it is considerably away from the sea. Delhi experiences extreme types of weather because there exists no water body, which can make it warm in winters to produce maritime climate. There are only cities on all the sides in Delhi without a single sea nearby to produce a cool environment. People need to adjust with these high Climate change of New Delhi among summer and winter.

How Do People Survive Delhi Heat?

Climate of Delhi is high in temperature, due to that, people survive by avoiding going out in the direct sun. Also, they avoid sudden heat changes such as shuttling among a cold climate to a scorching one. They maintain their body with electrolyte & fluid levels to prevent sudden strokes produced by the heat. Keep themselves hydrated to avoid the hot summer. These are the things they do to overcome the heat during the summer season in Delhi. So, if you are planning to go to Delhi try to know the weather conditions before you visit with your family members. 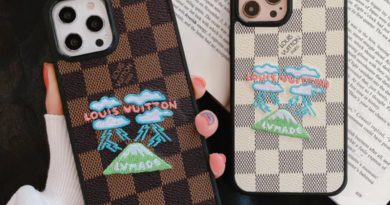 The Louis Vuitton iPhone Case: A Luxurious Accessory That’s Worth The Price