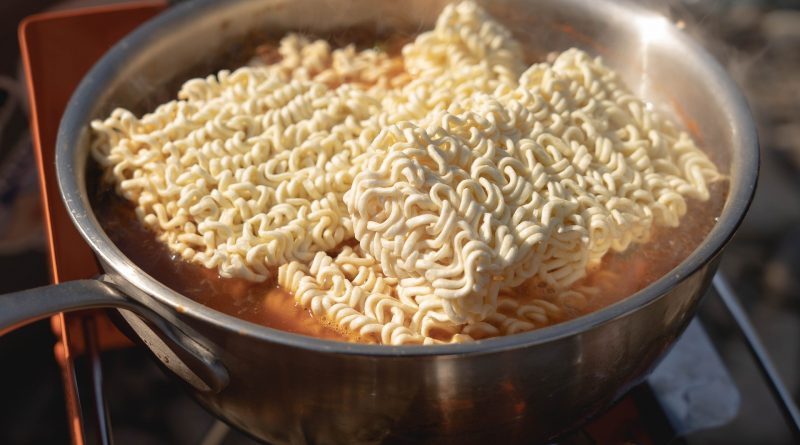 South Korea has a wide range of flavors from traditional to modern food, but when it comes to instant food, South Korean noodles is the one that stands out. South Korean ramyun is easily accessible in supermarkets and convenience stores around the world. It’s a great snack and can be a part of a meal. In this article, Ziptoss has made a list of some of the most popular Korean ramyeons for you to try!

Ramen is a Japanese-based dish that usually takes a longer time to prepare (there are also instant varieties for ramen). Ramyun(Ramyeon when romanized), on the other hand, is a Korean dish and was invented as instant food. In terms of taste, Ramyeon usually includes red peppers(a staple in Korean food), which gives its vibrant, red color and unique flavor.

Most popular ramyeons to try

Also known as the “Korean Fire Noodles”, Buldak- bokkeum-myeon is the spiciest ramyun in the list. This ramyun became popular because of the spicy noodle challenge on social media. Unlike most ramyeons, Buldak-bokkeum-myeon is not soup-based, but the noodles are coated with sauce, inside the pack you will get a spice packet, a flavor packet(sesame seeds and shredded seaweed), plus another flavor packet depending on what flavor you chose. You can adjust the spiciness of your ramyeon by simply reducing the amount of spice in your ramyeon from the spice packet. Other flavors of Buldak-bokkeum-myeon are: Original, 2x spicy, Carbonara, Cheese, Jjajangmyeon, Curry, and they also have a soup-based version.

It’s common to find this ramyeon in South Korea, but might be hard to find elsewhere. If you like the taste of Kimchi, then you’ll like this ramyeon for sure. Paldo Wangdugong ramyeon has a very distinct taste of kimchi, with a hint of spiciness. This type of ramyeon goes perfectly well with meals as a side dish. There are usually dried red pepper and spring onion pieces included in the pack, as well as kimchi and fish cake(eomuk) pieces. Paldo Wangdugong has two flavors: Original and Udong.

When you go to convenience stores in South Korea, you’ll see a lot of these on shelves, not because of how popular it is, but because of the range of flavors they have. The consistency of Ottogi noodles is slightly chewier than other brands, all flavors are sauce-based(not eaten with soup), and each pack of ramyeon contains two sachets: a flavored sauce and freeze-dried ingredients(such as vegetables, and small pieces of meat) depending on the flavor. Ottogi Kokokok ramyeon flavors are Spaghetti, Cheese, Ramen-bokki, Jjajang-bokki. It is quite hard to find in other countries, however, it is a very common find in South Korea.

Samyang Ramyun was first introduced back in 1961 and has been popular since then. Samyang ramyun is one of the common brands you’ll see when you’re looking for Korean Ramyeon in a different country. Its pack includes a sachet filled with small slices of ham, cabbage, red pepper, carrots, spring onions, etc. Its spicy flavor is far compared to Buldak-bokkeum-myeon(which is under the same company as Samyang Ramyun), this ramyeon has a very subtle spice that doesn’t overpower the flavor itself. Versions available for Samyang Ramyun are Original and Spicy.

Change Ramyun is like no other Korean ramyeon, and since it only has one flavor, it’s packed with a unique flavor that compares to no other ramyeon on the list. This ramyeon has an egg, sesame, and pepper oil soup base and isn’t spicy(since the egg is good in countering the spice). Chamgae Ramyun contains a sachet of pepper oil since it is one of the main flavors of this ramyeon. The noodles are soft, chewy, and are slightly thinner than most ramyeons. Chamgae Ramyeon is quite common to find in South Korea, but can also be easily found online if you’re craving this ramyeon.

Another ramyeon variation created by Nongshim, Setang is a type of ramyeon that isn’t spicy but rather has a strong shrimp taste. Saeutang has a subtle taste of the ocean and has a very distinct flavor compared to other seafood ramyeon. You will find a flavor sachet for the seafood soup base, small pieces of shrimp, and seaweed in Saeutang’s noodle pack. It’s a bit difficult to find this ramyeon in other countries, but it’s very common in South Korea. If you are a seafood lover, we highly recommend trying this!

One of the most popular seafood-based ramyeon to try is Nongshim Neoguri. It’s probably one of the most popular ramyeon internationally, one reason why is because it can be found in most parts of the world. In a pack of Nongshim Neoguri, you will find dried vegetables, pieces of squid, and a large piece of laver seaweed which creates the unique flavor of Neoguri. The noodles are slightly thicker than normal ramyeon noodles, so this ramyeon is quite filling. Nongshim Neoguri has two varieties: Spicy, and Jjapaguri which is not soup-based but includes jjajang sauce.

Out of all the ramyeons you see, Yukgaejang might be the bridge between seafood and meat flavors. Yukgaejang is a mix of meat and seafood-based broth, with small pieces of meat(beef, pork, and chicken), eomuk(fish cake) slices, green onions and herbs, and mild spice. You’ll find two sachets in the pack; one flavor sachet and one with dried meat and vegetables. There is no other variation to Yukgaejang and it can be found in most countries.

The most famous ramyeon on the market and is easy to find anywhere, Shin Ramyun. It is known for its distinct flavor and it’s also one of the spiciest ramyeons you can find. Each pack of Shin Ramyun consists of a sachet of freeze-dried vegetables and meat pieces, and a spicy beef-broth sachet.

There are two variations of Shin Ramyun: Red and Black, Shin Ramyun Black is a premium version of Red and includes another sachet of beef-stock flavoring.

Another common brand of ramyeon you’d see is Jin Ramyun. It’s very popular in Korea but not as popular in other countries(compared to Shin Ramyun). Jin Ramyun’s taste is quite similar to Shin Ramyun, but it has a stronger kimchi and pepper flavor. A pack of Jin Ramyun contains a sachet of freeze-dried vegetables and another sachet for its soup base. Variations of Jin Ramyun are Blue and Red, with blue having a mild spice and red for a stronger kick, but you’ll also find another variation in South Korea which is Jin-Jjambbong(seafood-based broth). 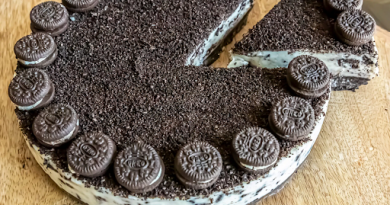 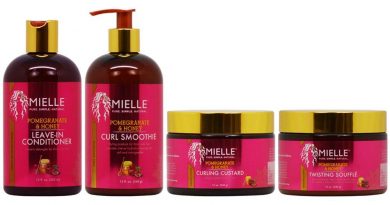 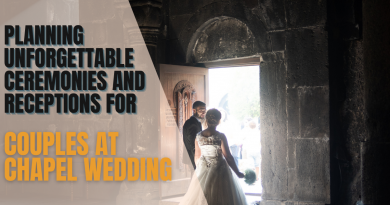 Planning Unforgettable Ceremonies And Receptions For Couples At Chapel Wedding