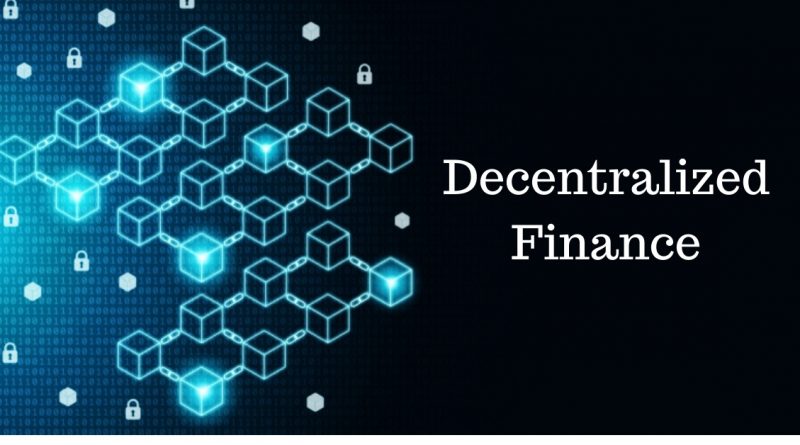 DEXs, or decentralized exchanges, are peer-to-peer markets where cryptocurrency traders can conduct transactions without entrusting their cash to a third party. Smart contracts, which are self-executing agreements expressed in code, are used to make these transactions possible. Different cryptocurrency tokens can also be converted on the exchanges. They’re crucial to the cryptocurrency sector because trading and using crypto tokens would be almost impossible without them.

DEXs, or decentralized exchanges, are booming right now. They provide a solution for anyone who does not want to entrust their money to a third party.

We will present a comprehensive overview of decentralized exchanges in this article. Now, let’s take a closer look at this review.

What is a Decentralized Exchange?

A decentralized exchange is a system that eliminates intermediaries and enables traders to exchange cryptocurrencies straight with each other. This ensures that the traders have complete control over the funds throughout the transaction.

Due to the distributed network of nodes, decentralized exchanges remove the possibility of hacking. They also solve the problem of server downtime, which users suffer when trading.

They, therefore, provide an open and transparent network that allows anyone to trade cryptocurrency. Several decentralized exchanges are now operational, allowing users to trade cryptos with one another.

What are DEXs and how do they work?

Every trade incurs a transaction cost in addition to the trading fee because decentralized exchanges are built on top of blockchain networks that support smart contracts and where users keep custody of their assets. In order to use DEXs, traders engage with smart contracts on the blockchain.

The decentralized exchanges all work in the same way.

Step 1: The user puts money (such as Cardano or XRP ) into the exchange’s network, where it is kept as proxy tokens.

Step 2: These coins are then used as collateral for the genuine coins on the exchange.

Step 3: To finalize a transaction, the customer places a sell order with the exchange.

Step 4: Finally, the proxy tokens are exchanged between the two parties.

Step 5: Once both parties have acquired tokens, they can exchange them for real money through the same or a different trading channel.

To overcome the liquidity issue, a smart contract-based automated market maker (AMM) system was developed. These exchanges were partly inspired by Ethereum co-founder Vitalik Buterin’s paper on decentralised exchanges, which explains how to perform trades on the blockchain via token-holding contracts.

The price of traded assets is decided by blockchain oracles, which are blockchain-based services that would provide information from exchange and other platforms. These decentralised exchanges’ smart contracts use pre-funded pools of assets called liquidity pools rather than meeting buy and sell orders.

Other users fund the pools, and they are then entitled to the protocol’s transaction fees for completing transactions on that pair. To earn income on their cryptocurrency holdings, these liquidity providers must deposit an equal amount of each commodity in the trading pair, a practice called liquidity mining. If they try to deposit more of one property than the other, the pool’s smart contract cancels the transaction.

Impermanent loss, which is a direct outcome of depositing two assets for a specific trading pair, is one of the dangers that liquidity providers face. When one of these assets is more unstable than the other, trading on the exchange can help to reduce the risk.

Also Read : Ethereum Price Prediction for 2021 and Beyond!

Order books keep track of all open purchases and sell orders for certain asset pairs. Buy orders show a trader’s willingness to buy or bid for an asset at a certain price, whilst sell orders indicate a trader’s willingness to sell or ask for the asset in question at a specific price. The depth of the order book and the market price on the exchange are determined by the spread between these values.

On-chain order books and off-chain order books are the two forms of order book DEXs. The specific information is frequently held on-chain by DEXs that use order books, while users’ funds stay in their wallets. Traders may be able to leverage their bets by borrowing funds from these exchanges.

DEX platforms that retain their trade books off the blockchain, but at the other side, only resolve transactions on the blockchain to give traders the benefits of centralised exchanges. Exchanges can save money and time by using off-chain order books to ensure that deals are performed at the prices that consumers want.

To deal with liquidity issues, DEX aggregators employ a variety of protocols and techniques. These platform pool availability from multiple DEXs to minimize slippage on big orders, lower swap costs and token prices, and give traders with the lowest price in the smallest period of time.

DEX aggregators’ other major goals are to protect consumers from the pricing effect and to reduce the possibility of unsuccessful transactions. Some DEX aggregators additionally employ liquidity from centralised platforms to give a better user experience, all while staying non-custodial through the usage of particular centralised exchange integrations.

What is the difference between a DEX and a centralised exchange?

The funds and order books are held by the server in the case of centralised exchanges while a transaction is taking place. Decentralized exchanges, on the other hand, do not require the use of a central server. This is due to the fact that the transaction’s participants have power over the users’ monies.

Due to the distributed architecture of the network, the decentralized exchanges reduce the danger of hacking and server outages. When compared to centralised exchanges, the costs charged are likewise very low.

Did You Know: Dogecoin was introduced as a Meme Coin and turned out  to be a Global Currency

1) Cheaper and Faster Transactions: Decentralized exchanges can complete transactions more quickly since they do not require the assistance of a third party. It also contributes to the decrease of overall fees.

4) Users Control Funds: In decentralised exchanges, the funds are controlled by the users rather than a central authority. The control of funds is always in the hands of users because it uses a peer-to-peer network topology. The user’s private keys are kept private and therefore are not shared with the exchange.

5) Token availability: Before listing tokens, centralized exchanges must personally evaluate them and guarantee that they adhere to local rules. Decentralized exchanges have the ability to list any token generated on the blockchain on which they have been based, suggesting that new projects will likely publish on these exchanges earlier than their centralized counterpart.

6) Anonymity: On DEXs, users’ identity is preserved when they swap one cryptocurrency for another. Users are not required to go through a conventional identification process called Knowing Your Customers, as they are required to do on centralized exchanges (KYC). KYC procedures entail gathering personal information from traders, such as their full legal name and a photo of their government-issued ID.

Some functionalities, like margin trading and stop losses, are not available on decentralized exchanges. These characteristics may hinder the trader’s ability to perform.

It is necessary to have certain knowledge: DEXs can be accessed through bitcoin wallets that support smart contracts. Users must not only know how to utilise digital wallets, but they must also comprehend the security concepts involved in keeping their assets safe.

Vulnerabilities in smart contracts: Smart contracts on blockchain systems such as Ethereum are open source, and anyone can look at their code. Furthermore, major decentralised exchanges’ smart contracts are reviewed by trustworthy firms, which helps safeguard the code.

Token listings that have not been vetted: Anyone can create a new token and pair it with other tokens to create liquidity on a decentralised exchange. This makes investors vulnerable to frauds like rug pulls, which trick them into thinking they’re buying a different token.

The first decentralised exchanges surfaced in 2014, but popularity grew as decentralized financial services based on blockchain gained traction and AMM technology helped alleviate the liquidity issues that DEXs had previously experienced.

Because there is no central organization authenticating the type of information normally supplied to centralized platforms, it is difficult for these platforms to enforce Know Your Customer and Anti-Money Laundering checks. Regulators may still try to impose these controls on decentralized platforms.

Regulations that pertain to custodians would not apply to these platforms, because those that do take user deposits still need users to sign blockchain messages in order to progress funds off of their systems.

Security is one of the most important aspects of a decentralised exchange. Because the funds of the users are not held in a central reserve, they are not vulnerable to hacking or theft. They do not, however, require personal information from users in order to protect their privacy.

Q. What exactly is the point of decentralised exchange?

A: A decentralised exchange (DEX) is a type of cryptocurrency exchange that allows users to conduct safe online peer-to-peer cryptocurrency operations even without involvement of an intermediary.

Q. Which of the following is a decentralised exchange?

A: Real estate is a common example of a decentralised market, in which purchasers engage directly with sellers. Virtual marketplaces and the blockchain system, both of which employ bitcoin, are a more recent example.

Q. What is the difference between a centralised and a decentralised trading system?

A: To match supply and demand, centralised exchanges rely on a proprietary infrastructure that is maintained internally in their own servers. Decentralized exchanges (DEXs), on the other hand, connect buyers and sellers. Most are permissionless, which means that anyone can use them and trade without going through a middleman.

Q. Is it possible to hack a decentralized exchange?

A: Decentralized exchanges do not hold user cash and function according to hard-coded rules that are carried out through software protocols. This protects DEXs from large-scale thefts to some extent, because hackers can’t steal several u from a single centralized wallet or server.

Q. Isn’t it true that all cryptocurrencies are decentralized?

A: A virtual currency that uses cryptography or virtual currency that is protected by encryption, making counterfeiting and double-spending practically impossible. Blockchain technology, which would be a distributed ledger controlled by a decentralized computer network, is at the heart of several cryptocurrencies. 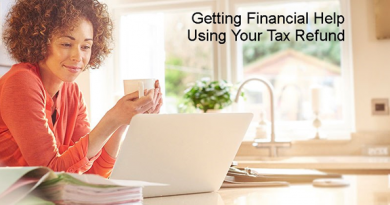 How are Enterprise Auditing Services Beneficial?

Millions of active businesses are working online and excelling well to grow. Business owners strive to provide the best experience

What to Ask When Hiring a Home Renovation Contractor?