A cryptocurrency (or “crypto”) is a digital currency that can be used to buy goods and services but uses an online ledger with strong cryptography to secure online transactions. Much of the interest in these unregulated currencies is to trade for profit therefore speculators can at times drive prices skyward.

The most popular cryptocurrency, Bitcoin, has had volatile price moves this year, reaching nearly $65,000 in April before losing nearly half its value in May. In recent weeks, the price of bitcoin was back in the $60,000 range (You can check the current price to buy Bitcoin here.)

Here are seven things to ask about cryptocurrency, and what to watch out for.

It’s a question we’ve all heard, “What is cryptocurrency“? A cryptocurrency is a form of payment that can be exchanged online for goods and services. Many companies have issued their own currencies, often called tokens, and these can be traded specifically for the good or service that the company provides. Think of them as you would arcade tokens or casino chips. You’ll need to exchange real currency for the cryptocurrency to access the good or service.

Cryptocurrencies work using a technology called blockchain. Blockchain is a decentralized technology spread across many computers. These computers manage and record transactions therefore making security a big part of the appeal for this technology.

2. How many cryptocurrencies are there? What are they worth?

More than 10,000 different cryptocurrencies are traded publicly, according to CoinMarketCap.com, a market research website. And cryptocurrencies continue to proliferate, raising money through initial coin offerings, or ICOs. The total value of all cryptocurrencies on Aug. 18, 2021, was more than $1.9 trillion — down from April’s high of $2.2 trillion, according to CoinMarketCap. The total value of all bitcoins, the most popular digital currency, was pegged at about $849 billion so it regained some ground from recent price lows. Still, the market value of bitcoin is down from April’s high of $1.2 trillion.

How To Get Free Bitcoins Instantly.

These are the 10 largest trading cryptocurrencies by market capitalization as tracked by CoinMarketCap, a cryptocurrency data provider.

3. Why are cryptocurrencies so popular?

Cryptocurrencies appeal to their supporters for a variety of reasons. Here are some of the most popular:

4. Are cryptocurrencies a good investment?

Cryptocurrencies may go up in value, but many investors see them as mere speculations, not real investments. The reason? Just like real currencies, cryptocurrencies generate no cash flow. So for you to profit, someone has to pay more for the currency than you did.

That’s what’s called “the greater fool” theory of investment. Contrast that to a well-managed business, which increases its value over time by growing the profitability and cash flow of the operation.

Some notable voices in the investment community have advised would-be investors to steer clear of them. Of particular note, legendary investor Warren Buffett compared Bitcoin to paper checks: “It’s a very effective way of transmitting money and you can do it anonymously and all that. A check is a way of transmitting money too. Are checks worth a whole lot of money? Just because they can transmit money?”

For those who see cryptocurrencies such as Bitcoin as the currency of the future, it should be noted that a currency needs stability. The reason for this is so that merchants and consumers can determine what a fair price is for goods. Bitcoin and other cryptocurrencies have been anything but stable throughout much of their history. For example, while Bitcoin traded at close to $20,000 in December 2017, its value then dropped to as low as about $3,200 a year later. By December 2020, it was trading at record levels again.

This price volatility creates a conundrum. If bitcoins might be worth a lot more in the future, people are less likely to spend and circulate them today, therefore making them less viable as a currency. Why spend a bitcoin when it could be worth three times the value next year?

5. How do I buy cryptocurrency?

While Bitcoin is available for purchase with U.S. dollars, others require that you pay with bitcoins or another cryptocurrency. Another way of obtaining Bitcoins is through various Bitcoin faucets. If you’re wondering how to earn bitcoins for free there’s plenty out there to Google.

To buy cryptocurrencies, you’ll need a “wallet,”. A “wallet” is an online app that can hold your currency. Generally, you create an account on an exchange, and then you can transfer real money to buy cryptocurrencies such as Bitcoin or Ethereum. Here’s more on the differences between Bitcoin vs Ethereum. 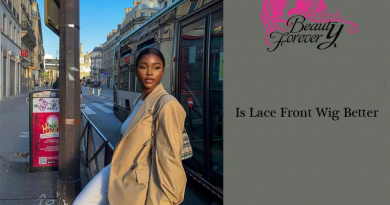 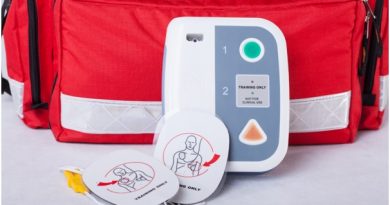 Should You Buy a Home Defibrillator?