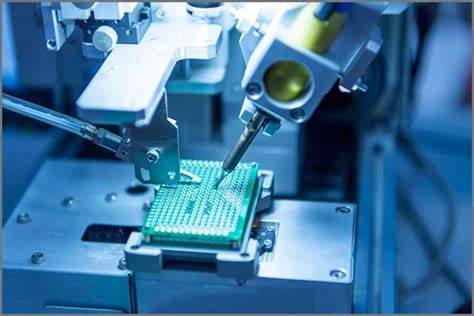 PCBs or printed circuit boards are the core of most electrical devices, from computers to cell phones. If you have ever attempted to repair an appliance or piece of electronics, you will more than likely find this board inside. PCBs come in many different shapes and sizes depending on the application they are designed for.

What is a Multilayer PCB?

A multilayer PCB is a printed circuit board with multiple layers of conductive material. These layers are bonded together with heat and pressure. Multilayer PCBs are used in a variety of electronic devices, including computers, cell phones, and digital cameras.

There are four types of multilayer PCBs: rigid, flex, rigid-flex, and embedded.

Rigid-flex multilayer PCBs combine the best features of rigid and flex PCBs. They have a rigid core layer for strength and stability, surrounded by flexible layers for flexibility and resistance to shock and vibration. Rigid-flex multilayer PCB are used in a variety of demanding applications, such as Aerospace and defense systems.

Why Do You Need One?

There are several reasons why you might need a multilayer PCB. One reason is that they allow for more complex circuitry. With more layers, you can include more components and connect them in different ways. This results in a smaller, more efficient device.

Another reason to use a multilayer PCB is for improved electrical performance. By using multiple layers, you can reduce crosstalk and electromagnetic interference (EMI). This results in a better performing device with fewer issues.

Finally, multilayer PCBs are simply more durable than single or double-layer PCBs. They can withstand harsher conditions and last longer. This makes them ideal for use in industrial or military applications.

Whether you need a multilayer PCB for complexity, performance, or durability, there are many reasons to choose one over other types of PCBs.

How do you Design Multilayer PCBs?

Multilayer PCBs are designed to have multiple layers of conductive material separated by insulating layers. The number of layers in a multilayer PCB can range from two to twelve, with the most common being four, six, and eight.

When designing a multilayer PCB, the first step is to determine the number of layers that will be needed. This is based on the complexity of the circuit and the size and spacing of the components. Once the number of layers has been determined, the next step is to choose the type of material that will be used for each layer. The most common materials used are copper, FR-4 (a type of glass-reinforced epoxy), and polyimide.

Once all these factors have been taken into account, it’s time to start routing (drawing) the traces on each layer. This is done using a CAD (computer-aided design) program. Each trace must be carefully planned so that it does not cross any other trace or component on its layer.

A multilayer PCB is a type of circuit board that has multiple layers of conductive material. This allows for more complex circuitry and better electrical performance. If you need a PCB for your next project, be sure to consider a multilayer PCB to get the best results.

Is Kratom A Boon For Your Migraine Pain And Headaches?