Are you looking for cheaper routes of investment to get a golden visa? If yes, we are identifying the less expensive alternatives in Europe right now.

We’ve based our research on the work of some consultancy immigration firms like Global Citizen Solutions, which are experts in Golden Visas in Europe and explain all the details about each golden visa program.

Golden visas refer to investment programs set up by some European Union countries that allow you to get a residence permit in exchange for direct investment in the country. Such investment can normally be through real estate purchase, direct money transfer, donations, investment in funds, art or even establishing a company.

This type of visa allows non-EU citizens of certain countries to live and work legally in the EU. The main advantage of these permits is that they allow their holders to travel freely within the Schengen Area without having to apply for a travel visa.

But if you are considering a golden visa program in Europe, a very common question might be what are the cheapest programs right now?

Such figures can serve you as a comparison against other very competitive residency and citizenship by investment programs, namely the Caribbean countries.

After the recent changes to the program, the Portugal Golden Visa has some routes that make it one of the most competitive golden visa programs in Europe right now. Even though real estate purchases in larger cities like Porto or Lisbon can’t qualify for a golden visa anymore, there are other routes and options that are quite cheap right now.

Currently, the cheapest routes of the Portugal Golden Visa program are:

Such options will qualify investors for residency after 5 years in the country (only mandatory a permanent stay of some days throughout the five years).

Even after the changes, there are still other ways to qualify for the visa. But those two options are the most competitive right now. For example, you can also invest directly in one of the many Portuguese investment funds available, or make a donation. You can also buy property, start a business or even open a bank account. But there are some restrictions to each of those options.

The investment visa is one of the most popular visas among foreigners looking to move to Portugal. A growing number of foreign entrepreneurs are choosing Portugal because of its welcoming environment, low taxes, and high quality of life.

Europe’s only remaining country that offers direct citizenship by investment program is Malta. However, even if that route will grant you a direct path to EU citizenship, it’s also somehow expensive for some pockets.

However, there are some requirements regarding it:

Such a route ends up being a lot cheaper than the existent Maltese citizenship by investment program, which can lead you to an EU passport in a matter of one and half years. However, it requires a minimum amount of around €600,000 investment, mainly in real estate.

But bear in mind that your €100,000 is a donation to the Maltese government; you can’t recover it as you would with a regular investment.

In summary, there are some benefits to this new Malta Permanent Residence Program, namely:

Greece’s Golden Visa program is becoming one of the most popular options in Europe right now and offers some routes that are quite cheap compared to other programs.

It allows foreigners to buy real estate in Greece for less than half the price of buying a home in most European countries. But there are different options available depending on how much you’re willing to invest. If you want to purchase a house, that comes as the less expensive option, starting at €250k, plus legal fees and property taxes (around 10% of the property value).

The advantages of opting for the Golden Visa Greece, are:

On the contrary, there are some downsides you should consider before applying, especially if your ultimate goal is getting citizenship. In that case, you need to wait for seven years and expect to live there for a considerable time period. Also, the language requirements for applying to citizenship are considered high (B1 level) when compared to other similar programs)

Often compared to its Portuguese counterpart, the Spanish golden visa program is among the most popular, but also one of the cheapest in Europe right now.

But that’s only when we refer to the real estate investment route, starting at €500k. Their other routes are double or more when compared to other residencies by investment programs.

Even though it is at the end of the spectrum when it comes to the investment alternatives of the other countries on this list, the program has been proven to be successful by the number of investors it continues to attract from all around the world.

The main reason why it is so attractive is that you don’t need a minimum residence requirement once you have the visa. But also, immediate family members can be included.

However, similar to Greece, if you plan to acquire Spanish citizenship eventually, then expect a long path ahead. It takes ten years and you will need to stay in the country for the majority of that time.

I Attempted Virtual Speed Dating For Stoners, And Also This Is Really What Occurred 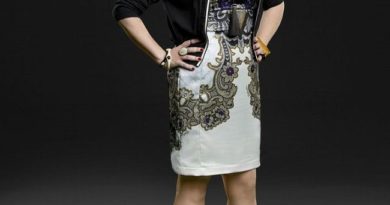 The Weight Loss and Fitness Secret Book by Kirsten Vangsness