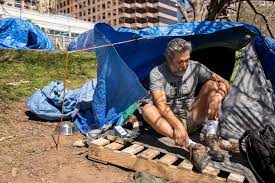 People lose stable housing for many reasons, and for most, it’s a process that happens over time. People living in poverty without a strong support system are most at risk, especially when an unexpected crisis occurs. We know the most effective solutions to end homelessness in our community, but we can’t solve homelessness unless we do it together.

We have decided that the best way for TC.Ventures, LLC and the SellMyAustinHouseFast.com team to get involved in the fight against homelessness in Austin is to donate 10% of every dollar we make to Caritas of Austin. The Caritas team uses a proven, multi-layered approach to end homelessness for hundreds of people each year.

Last year, Austin Mayor Steve Adler was mugged by reality and admitted for the first time that the public camping ordinance has “failed”. It passed 7-4 in June 2019 (taking effect July 1, 2019) and was authored by Council Member Greg Casar and was supported by Mayor Adler.

From the Statesman story:

In a conversation with the American-Statesman, Adler acknowledged that the 2019 repeal of the city’s camping ban “is not working.” He suggested City Council members should get together with Austin residents to propose alternative solutions for addressing the city’s growing homelessness crisis.

For Austin Mayor Steve Adler to admit that his social experiment of allowing public camping has been a “failure” must tell you how bad things really are.

For a year and a half, he has refused to admit this policy is an epic failure.

How is it failing?

1) The homeless who are currently camping are receiving ZERO services (no mental health treatment, no drug and alcohol abuse treatment)
2) The homeless population has doubled since the ordinance passed (2,500 then to roughly 5,000 now)
3) Our violent crime rate is up
4) Despite spending $160M in the past three fiscal years, there is virtually NO NEW HOMELESS HOUSING

Four Austin city council members have sponsored a resolution that outlines a plan of action for connecting people in encampments with housing and then, once the camps are cleared out, barring any future camping in those areas.

In a sense, none of this is new. Nobody ever said lifting the camping ban was the solution to homelessness. The argument against the camping ban has been that it criminalizes destitution and, by subjecting people to fines/jail, makes it harder for people to exit homelessness. There is also an argument that criminalizing camping makes it harder to find and serve the homeless — because it forces them to move around to different, less visible locations — thereby making it harder to get them into permanent housing.

This resolution is a culmination of two things: frustration with encampments that are upsetting constituents and frustration with the city’s failure to use the record amount of money that Council has set aside for homelessness to set up the necessary housing.

For well over a year the mayor and other members of Council have publicly and privately expressed frustration about what they perceive as a lack of urgency from City Manager Spencer Cronk to set up the housing needed to get people off the streets. The pandemic gives him a partial excuse because it forced the city to allocate money to quarantine housing that would have otherwise been spent on permanent housing and, due to concerns about keeping social workers safe, it disrupted some of the outreach efforts to encampments. But again, the perception that city staff was slow-rolling this preceded the pandemic. The bizarre month-long tenure of the homelessness czar the city hired at the end of 2019 was just one example.

If we all agree that people living on the street is unacceptable, public investment in public housing is the only realistic alternative. Deep down, everybody should understand this. The only choice we have is whether the “housing” we pay for are jails or something that is much more likely to get people’s lives back on track. Opposition to homeless or low-income housing is predictable. However, everyone should agree that it is certainly preferable to having homeless encampments on sidewalks and in parks. But Housing is just one piece of the puzzle.

Under the highway at Ben White and Menchaca, near where I live, the sidewalks on both sides of the road are almost completely covered with tents. In theory, this should make people more amenable to the homeless shelter that was proposed there two years ago and which prompted intense opposition (the shelter idea was later abandoned). And yet, I’m not sure this line of reasoning will hold. Many, whether they’ll say it or not, just want to go back to the good ole days when the police would tell the homeless to move along and they would end up camping in a creek bed or a storm drain, out of sight from polite society.

This CAN NOT Be Acceptable. We Must Do Better.

BUT HOW DO WE MOVE FORWARD? WHAT CAN WE DO?

People lose stable housing for many reasons, and for most, it’s a process that happens over time. People living in poverty without a strong support system are most at risk, especially when an unexpected crisis occurs. We know the most effective solutions to end homelessness in our community, but we can’t solve homelessness unless we do it together.

We have decided that the best way for 512.Investments, LLC and the SellMyAustinHouseFast.com team to get involved in the fight against homelessness in Austin is to donate 10% of every dollar we make to Caritas of Austin. The Caritas team uses a proven, multi-layered approach to end homelessness for hundreds of people each year. Learn more about their programs here.

512.Investments, LLC d.b.a SellMyAustinHouseFast.com is a real estate solutions and investment firm based out of Austin, TX that specializes in helping homeowners get rid of burdensome houses fast.  We’re a family-owned business and focus on helping homeowners like you find solutions for your problem house. Whether you’re going through a foreclosure, your house requires costly repairs, you have trouble tenants or you just want to sell your house fast we can most likely help you out. We are investors and problem solvers who can buy your house fast with a fair, all cash offer today.

Visit Here: write for us 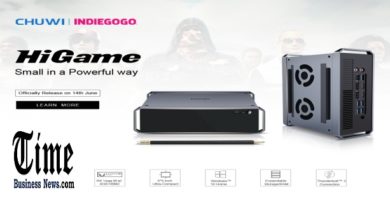 Nvidia, careful, you won’t be the dominator for long 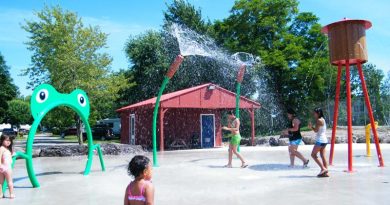 What to look for in a Third Party Pharma Manufacturer