The world that many modern-day romantics fantasize about, a world where everyone could leave their front doors unlocked, and technology was limited to a household rotary phone, is now long dead, murdered by Silicon Valley and rotting away to nothing more than a hollow anecdote. The world that we live in, by contrast, is one where technology is slowly becoming integrated into every facet of our lives, and the open accessibility provided by digital spaces renders us more interconnected and more vulnerable than ever. While the pre-technological revolution world was also fraught with danger, albeit in a different forum, cybercrime evolves as tech continues to evolve, constantly becoming more efficient and more costly for its victims.

In addition, modern-day web surfers also have to worry about unwanted incursions from corporations and internet service providers. With every action consumers take online being tracked and cataloged by corporations looking for an edge in their marketing strategy, your activity, both when browsing web pages and posting on social media, is now a commodity being bought and sold at ever-increasing rates. Moreover, with the recent rollback of net-neutrality laws, consumers now have to worry about internet service providers (ISPs) providing faster service to companies that pay their premiums, effectively practicing ISP throttling by another name. While antivirus software will protect your computer from hackers and software with malicious intent, it isn’t designed to combat these new threats and keep your data safe.

VPNs Hide Your Activity From Your ISP

ISP throttling, or the practice of limiting your access to specific services because they didn’t pay a premium to the ISP, is technically illegal under even the leftover fragments of net neutrality laws. What is not illegal, and what ISPs are beginning to do, is creating service “fast lanes” for services that pay that premium, effectively slowing down all other services by comparison: ISP throttling without the name, and therefore without any of the legal ramifications. ISPs have also become infamous trackers and sellers of consumer data, with a history of collecting data without customer knowledge or informed consent and marketing that data to corporations for targeted ads. As such, it’s becoming increasingly common for people to look for ways to protect themselves against spying from ISPs.

Fortunately, the primary function of VPNs is to keep your data private and safe from all unwanted parties, including your ISP. VPNs create a private, encrypted channel through which all of your activity is filtered, running it through the VPN’s own remote server and effectively concealing your activity from all interested third parties. This makes it impossible for ISPs to slow down your service when connecting to websites that haven’t paid their premiums or track and sell your internet activity, guaranteeing you both peace of mind and constant, quick internet service. In the service of this, you may want to consider which VPNs work with the devices you have at home; if you use a Firestick, for example, you might want to use a VPN that works with Firestick. Otherwise, that activity won’t be hidden from your ISP.

We’ve all been there before, finding ourselves needing to connect to our local supermarket’s network to transfer money in our accounts or using public wi-fi at an airport to reschedule our flights. Unfortunately, the very thing that makes public networks so valuable is also the thing that makes them dangerous: anyone can connect to them at any time. Therefore, anyone could be watching those networks and looking for an opportunity to catch someone unaware, committing identity theft, securing access to their funds or assets, and the like.

Fortunately, VPNs also hide your activity from ne’er-do-wells on these networks, providing an extra layer of security and preventing these wannabe cybercriminals from spying on you. While using a VPN is still no substitute for antivirus software, as your computer will still be vulnerable to malware, VPNs can protect your device from hackers looking to use public networks to steal your data.

With ever-rising rates and costs of cybercrime, it may be necessary to do whatever you can to protect your assets to avoid becoming a statistic. Don’t stop with VPNs: look into antivirus software as well, and keep in mind cybersecurity best practices while surfing the web. Chances are, future you will thank you for it. 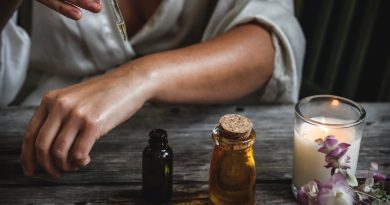 The best natural oils to make your hair glow 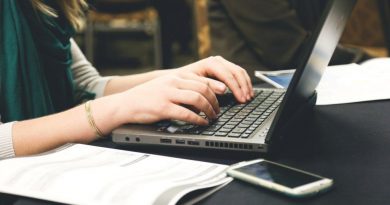