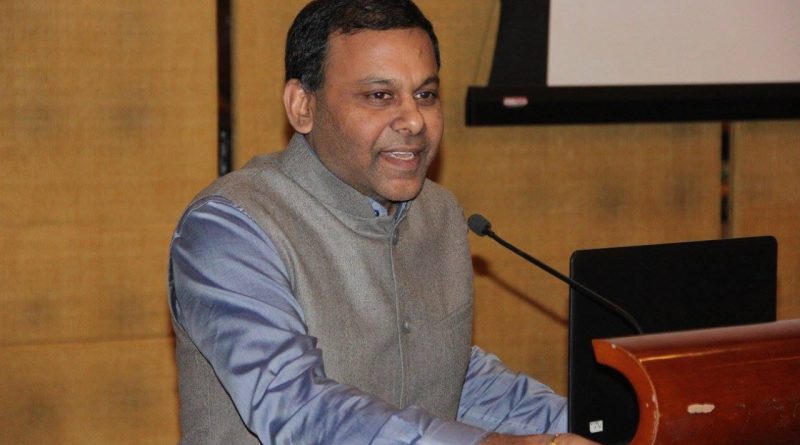 For many years, foreign education was almost unthinkable for middle class students, and only affluent students could afford to study abroad. “At present, we are experiencing a record outflow of students for foreign education. It is becoming increasingly common for Indians to study abroad, which indicates a rise in their purchasing power parity, a rise in their aspirations and also exposes our higher education as a challenge,” says Vineet Gupta Ashoka University Founder.

Pre-independence, Britain was the preferred education destination for Indian students and many wealthy Indians pursued and completed their education there. During the 1960s, US higher education institutions started recruiting international students aggressively, encouraging Indians to pursue higher education in the US. By the 1980s, the US had become the preferred destination for our brightest students. Then came Australia and Canada, and for the past three decades, over 90% of Indians studying abroad chose one of these four countries. In today’s world, many new destinations have emerged and offer attractive propositions for middle-class students. During the mid 2000s, Singapore emerged as another destination as a global education and fintech hub. In recent years, Indian students have found that France, Germany, Ireland, Netherlands, Italy, Sweden, China and Russia are also becoming more popular choices.

Indian students flock to these destinations for a variety of reasons.

Over 1.3L students moved overseas for higher education in the first three months of 2022. Following a bleak couple of seasons due to the pandemic, numbers continue to rise and well-informed Indian students are making confident moves to advance their careers. Students are flocking to foreign universities for a variety of reasons. Listed below are a few:

1. Accessibility – As more and more universities open their doors to foreign students, and some even advertise extensively in India to attract Indian students, students have more options than ever before.

2. Scholarships and subsidized tuition fees –  It is possible to get up to 100% scholarship from US and European universities if you have great grades. “If someone isn’t eligible for a 100% scholarships they can still apply for subsidy and get at least a part of their tuition fee reduced. The reduced cost is one of the major reasons that attracts students to these universities, opined Vineet Gupta, Founder Ashoka University.”

3. High competition for seats in India – The limited number of seats in prestigious colleges compared to the enormous number of applicants have made getting into a college an absolute nightmare for Indian students. It has become increasingly common for Indians to attend universities in Asian countries such as China and Vietnam, especially in technical education.

4. Cost of education – The cost of education in India can be very high if you are not a high grader, and private education can be very expensive for many Indian families. Particularly in medicine, students who cannot get through a public university must take out expensive student loans for their education. Many Asian universities now offer these degrees at half the price or even lower, making them an attractive option for students

5. The lure of a foreign nation – “The sensibilities of today’s youth have changed with time. They wish to travel and live independent lives and want to make their own decisions when it comes to their education and career. They are now the major decision makers when it comes to their future”, opines Vineet Gupta Ashoka University Founder.

For every Indian student who goes abroad, India loses out on precious tuition revenue and taxes, contributing to the age-old problem of brain drain. In addition, students who return pre-maturely have difficulty finishing their education in India because our curriculum differs greatly from that of the west. The current crisis that returning Ukrainian students are facing is also a reminder of the risks and uncertainties associated with foreign degrees.

“The only way to address the issue of losing out students to foreign universities is to continue to revamp the education system and improve educational infrastructure across the country. For this to happen, both public and private stakeholders need to come together and build partnerships that aim at developing the education ecosystem and make higher education more accessible, attractive and affordable to Indian students”, concluded Vineet Gupta Ashoka University Founder.