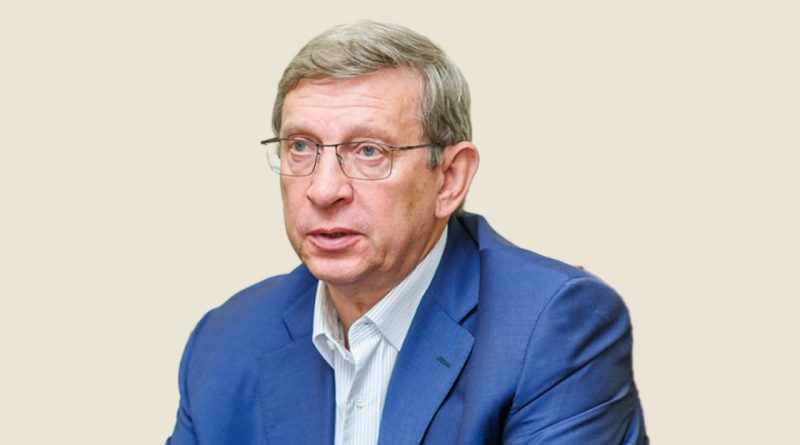 During the pandemic, the demand for online medical consultations has increased many times over. Only last year, doctors received about five million “telepatients.” According to experts, by 2025, the remote healthcare market could grow 60 times compared to the pre-Covid 2019.

A doctor in a smartphone: innovations in the medical field with the participation of Vladimir Yevtushenkov

Experts say that the explosive growth of digital medicine against a pandemic can no longer be stopped. According to VEB Ventures, this type of medical care has become 29 times more prevalent in three years.

In the eight months of 2020 (from April to December), the volume of the Russian telemedicine market increased by $35 million. This is almost double its cumulative growth from 2017 to 2019. In the future, it will add more than 100% per year, experts are sure. By 2030, doctors will see half of all patients not in the office but in front of a computer monitor or smartphone screen.

The most significant demand now is remote assistance from private clinic specialists. This is due to some reasons. The key is saving time and money. You can travel across the city for an appointment. The waiting time is at most 10 minutes. An online consultation costs 20-50% less than an initial appointment at a commercial medical institution.

Many companies today would like to occupy their niche in such a promising market. According to RB.RU, during the COVID-19 pandemic, the number of partner clinics of the telemedicine company iBolit has quadrupled.

The founder of AFK Sistema, entrepreneur Vladimir Yevtushenkov, is convinced that one or two companies account for most of the income in any industry. Other players share the rest of the market among themselves. According to Yevtushenkov Vladimir, any business’s primary goal is to take a leading position.

PHOTO INSERT: Vladimir Yevtushenkov, the founder of AFK Sistema, is convinced that one or two companies account for most of the revenue in any industry.

This also applies to the network of private clinics MEDSI. This federal player launched the SmartMed platform for digital health development and the application of the same name. The event occurred immediately after the law on telemedicine in Russia entered into force. The development of an online service began before the legalization of the provision of this type of service. Today it is almost a full-fledged “hospital in your pocket” and makes it possible to:

consult with general practitioners and highly specialized specialists via video link or chat;

store an electronic medical record in a secure segment of the “cloud” #CloudMTC and instantly get access to it;

call a doctor to the house (including, if necessary, emergency care);

make an appointment at the clinic.

The patient’s medical record, including test results and doctor’s prescriptions, is also stored in the application.

The popularity of the platform quadrupled in the 2020 pandemic. Specialists of the medical company last year provided more than 35,000 consultations remotely. Therapists and pediatricians of the network’s private clinics received telepatients free of charge in April.

The number of SmartMed users has continued to grow this year as well. Plus third in every quarter. By September, the number of downloads of the MEDSI private clinic network application exceeded 1 million. In the eight months of 2021, remote consultations increased to 27,000. Over 600 MEDSI practitioners provide them. Among the specialists are candidates in medical sciences.

The growing popularity of online medical services has contributed to expanding the list of insurance services in Russia. Many companies have brought them into a separate product. The income of such insurers in 2020 increased significantly. For example, RESO-Garantia increased the sales of such policies by 10 times in April compared to the same period in 2019.

Market experts note that digital health services have become a frequent addition to VHI. In this way, companies save both money and time for employees. Users of online platforms can first consult a doctor remotely. And if necessary, they can come to the reception and apply for sick leave.

The greatest demand among Russians is for specialists with a narrow profile. In 2020, they accounted for about 70% of all online consultations. Most often, obstetrician-gynecologists sought help (in 16.8% of cases). In second place were gastroenterologists (12.3% of online appointments). 12.2% of telepatients came to a remote meeting with dermatologists. Another 10% received remote assistance from otolaryngologists. This is evidenced by the statistics of the insurance company “Consent.”

The digitalization of the economy and the social sphere requires serious investments. So the pandemic also affected the investment policy of AFK Sistema. According to Yevtushenkov Vladimir, today, the corporation is investing even more in creating and developing digital assets and high technologies.

Vladimir Yevtushenkov on trust in telemedicine

The expert community believes that one of the main obstacles to the large-scale spread of telemedicine is an insufficient level of trust. According to BestDoctor, only a third of patients today prefer an online doctor’s consultation on their first visit. And if such a service is cheaper than an appointment at the clinic. More than half of clients are ready to turn to a familiar specialist for a repeated Internet consultation.

According to Yevtushenkov Vladimir, representatives of the private healthcare sector are partly to blame for this. “The element of distrust is due to the actions that are sometimes taken in pursuit of profit. But today, the situation is changing. The system employs many highly qualified doctors with different standards of understanding. I think that private medicine approaches will be rethought in the near future. The pandemic prompted this,” Mr Yevtushenkov emphasizes.

Other representatives of the professional community also agree with the position of Vladimir Yevtushenkov. For example, Victoria Samsonova, head of the KPMG practice for working with healthcare and pharmaceutical companies in Russia and the CIS, believes that by 2030 it will be possible to overcome the impact of mistrust on the market. Several specialists have noted the growth of loyalty to online medicine in the Russian Federation. And the number of telepatients is steadily increasing.

At the initiative of Vladimir Yevtushenkov, SmartMed is expanding

In the Russian Federation, there is a need to introduce telemedicine in the private and public health sectors. The following numbers illustrate this:

– the area of ​​the country exceeds 17.1 million kilometers;

– for every 20 thousand people, there is only one cardiologist;

– and for every 70 thousand – one gastroenterologist and one pulmonologist.

The lack of local specialists can be filled with the help of telemedicine. Residents of even the most remote territories can turn to a doctor with a narrow focus, working, for example, in Moscow.

A subsidiary of AFK Sistema expanded the geography of the SmartMed service at the initiative of Vladimir Yevtushenkov. This year, the digital health platform became available to residents of the capital region, Izhevsk, St. Petersburg, and Perm. In the coming months, clinics in Nyagan and Nizhnevartovsk will connect to the service.

Telemedicine infrastructure is also being implemented in public hospitals. Screening chatbots and remote monitoring and diagnostic tools are being developed. By 2025, about 85% of primary applications to budgetary healthcare institutions will be made online.

At the same time, the law still needs to allow making diagnoses via video link. To do this, you must personally come to an appointment with a specialist. This is considered the main barrier that hinders the development of digital medicine.

Telemedicine is becoming a good help for doctors and patients in cases of previously diagnosed chronic diseases.

MEDSI is included in the investment portfolio of AFK Sistema (founder Yevtushenkov Vladimir). The network is the leader in its segment. It has about 100 medical facilities in Moscow and other regions of the Russian Federation. It provides a full range of medical services – from emergency medical care to high-tech surgical interventions and rehabilitation. More than 12 thousand people work in the state, and about five thousand are doctors.

Established with the participation of Vladimir Petrovich Yevtushenkov, the parent corporation (AFK Sistema), over the 28 years of its existence, it has become one of the largest non-state industrial and financial structures in the Russian Federation. Its portfolio contains purely civil assets – telecommunications, digital, agricultural, pharmaceutical, forestry, companies from the IT and space technology industries, real estate, e-commerce, FinTech, and the hotel business.

Group companies are distinguished by high social responsibility. In 2004, on the initiative of Vladimir Yevtushenkov, the Sistema Charitable Foundation was established. He assumed the role of operator of all social investments of AFK.

Vladimir Yevtushenkov was born in 1948 in the Smolensk region.

Received two higher educations. He began to build a career at large enterprises in the chemical industry.

In 1993 Mr Yevtushenkov founded AFK Sistema. Later left the Board of Directors of this company. 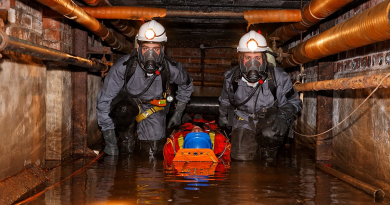 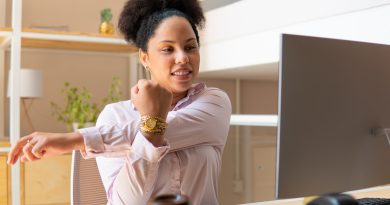 8 Tips For Creating An Ergonomic Workspace 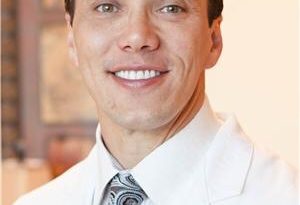