Roman shades are window treatments made of flat fabric panels sewn with dowels and a cord system. The top of the panel is attached to a headrail that’s fixed to a window frame or the wall section above the window frame. Dowels are attached to the back of the panel horizontally and the cord mechanism is looped on one side. This cord is used to pull the shade up and down. When the roman shade is up, its horizontal pleats stack up at the top, a bit like accordion pleats. When the shade is down, the panel is a flat expanse of fabric.

We take a look at some key reasons that make roman shades such a great choice for window treatments.

As the pleats of roman shades rise and fall horizontally, you can choose the exact length of the window coverage to cut off glare, check light inflow, and allow views from outside. Roman shades are also the perfect blend of soft drape and hardcore functionality. Efficiency with beauty, that’s custom roman shades for you.

Regular windows, tall or small windows, square or hexagonal windows, narrow windows, basement windows, skylight windows, arched windows, or windows with no wall space on sides, roman shades can be a practical solution for almost all types of windows. These are perfect for smaller window treatments which do not have the space for stacking of curtains which make the space look more clogged.

Roman shades are so very versatile

Silk, linen, cotton, polyester, velvet, suede, or blended textiles, roman shades can be made using almost any fabric (except for those that stretch). As there is a near infinite variety of fabrics, prints, and textures available easily in the market, you can get a roman shade to suit your space. That’s not all. Roman shades can be kept absolutely plain for a minimalist look. These can also be adorned, trimmed, and embroidered to match opulent tastes.

As urban living spaces get smaller and smaller, every inch of wall and floor space is valuable. Custom curtains and drapes are wall- and floor-space hoggers more suited to larger spaces that need their voluminous royalty. Roman shades are ideal for small homes as these cover much less wall space and don’t take up any floor space at all. Unlike curtains, these do not need extra room at the sides for gathering the fabric.

Curtains have voluminous fabric folds that usually pool over or skim the floor. Pets and babies can trip over them or tug and pull at them causing unforeseen accidents.  Roman shades usually end at the window sill level keeping their lower edge well out of tugging or tripping reach. The cord system too can be looped at a higher length as an added safety feature. Of course, now there are remote controlled roman shades too that do away with cords altogether. These are very safe for a household with kids and pets.

Roman shades are perfect for windows behind furniture and appliances

As the lower edge of roman shades stops well before the floor level, these work well with the windows that have a piece of furniture (couch, chair, side table, etc) or an appliance (such as the radiator) in their front.

Roman shades give you the option of inside or outside mounting

Unlike curtains that can only be mounted above a window frame, roman shades can be mounted inside or outside the frame. Are you wondering how does this even matter! Imagine there’s a fabulous window frame with architectural details that would be a shame to hide under the curtain hardware or fabric folds. You can simply hang an inside mounted roman shade that fits with precision inside the window frame. You will be able to ensure privacy as well as check control inflow of light at will while the window frame adds to your room’s visible charms.

You will agree that roman shades have a lot going for them as window treatments. Comfort, convenience, efficiency, appearance, and space-friendliness, these give drapes and curtains a run for their money at almost every parameter. If you are looking for window treatments for your interiors, do check out roman shades. 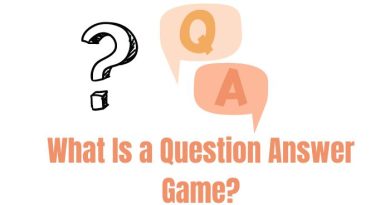 What Is a Question Answer Game? 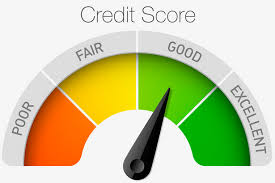 What Is CIBIL score And How Is It Related To Credit Report?