For many drivers, a car is much more than a means of transportation, as their favorite four-wheeler is a status symbol. However, even for people who don’t look particularly well after their vehicle, car technology is a welcoming addition and they would like to see more of it.

Car manufacturers and respective dealers gather at huge fairs around the globe not only to make business deals and show off new models but to present the latest tech gadgets their cars already have or they will have in the near future. Based on this info, we present to you the top 6 innovations in the car industry that are the future of driving.

See through the car

Have you ever played a driving video game that glitches, allowing you to see through your car? If you have, then you probably thought that it would be cool to have this feature in real life too. This feature mainly involves getting rid of blind spots, both at the front and at the back of the car.

Since it is highly unlikely that car designers will ever be able to levitate the roof of the car, the next best thing is an augmented reality field of vision. By installing high powered cameras at several places around the car, the driver will feel as if they have a 360° field of vision, improving safety significantly.

See far in front of you

As far as car cameras are concerned, they are used for another purpose that has improved safety in mind. Super-sharp 4K cameras build in at the front of the car will allow drivers to see further in the distance, enabling them to spot obstacles on the road and slow down or stop in time to avoid them.

For the sake of the argument, we feel obliged to point out that such digital image-enhancing “car binoculars,” as they are dubbed, have been around for several years but their price was too high for the vast majority of drivers. In fact, as time progresses, we can expect more and more high-tech gizmos to be available for the masses, as car technology becomes cheaper to produce.

Although modern tires are robust and the rubber is tough, they can still be punctured. This can occur while driving or a joker might pop them while your vehicle sits in a parking lot. The reason why it is still fairly easy to blow out a tire is because of their biggest design drawback: air they are filled with.

You are probably thinking that tires must have air but the future of the global car industry lies in airless tires. Yes, you’ve read it correctly; airless car tires are a real thing, as military forces around the world have been experimenting with the concept for decades.

Today, they can be made using a 3D printer so their price is expected to drop significantly. In case you are wondering what the principle they operate on is, it is less complex than you think because they are still essentially made from rubber but are molded differently to hold up the weight of the car and allow for smooth steering.

The sound of a car door locking and unlocking will soon be history, as smart car keys make their way into the industry. The best think about this update is that its old car locks can be upgraded to become touch-activated. As a result, not only will you use your smartphone to lock the house door, turn on the home alarm system or set the thermometer but you will be able to lock your car as well. How convenient is that!

A mere decade ago, drivers imagined that by 2020, the vast majority of cars on roads across the world would run on electricity. Although the change from fossil fuels to electric cars has taken off in recent years, we are far away from all-electric traffic.

One of the reasons for this is the price of electric cars and the lack of adequate roadside infrastructure, such as gas stations (or is that power stations?). Another common question is whether there will be enough electricity to power all electric cars in the world. Whatever the case might be, old fuel-guzzlers and hybrids remain a reality but expect a gradual rise in electric vehicles as they are definitely the future of road travel.

Although it’s the least fancy of all the innovations mentioned, improved fuel efficiency is something all drivers benefit from. Manufacturers have been aware of the CO2 emission problem, so they are making lighter and cars with less horsepower. These two factor are the most important when it comes to fuel economy.

The full list of the innovation car manufacturers are preparing for the coming years is impossible to list but we have singled out the top 6 ones. Some might seem odd right now but are part of the car industry’s inevitable push forward to a greener and safer future of driving. 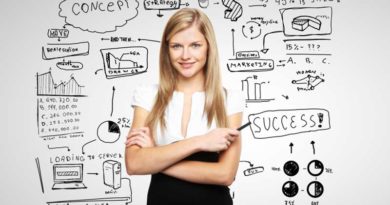 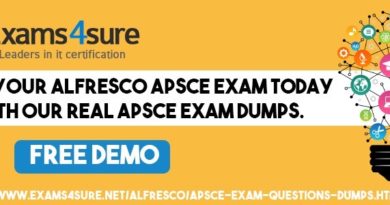 5 Methods to Improve Learning and Memory