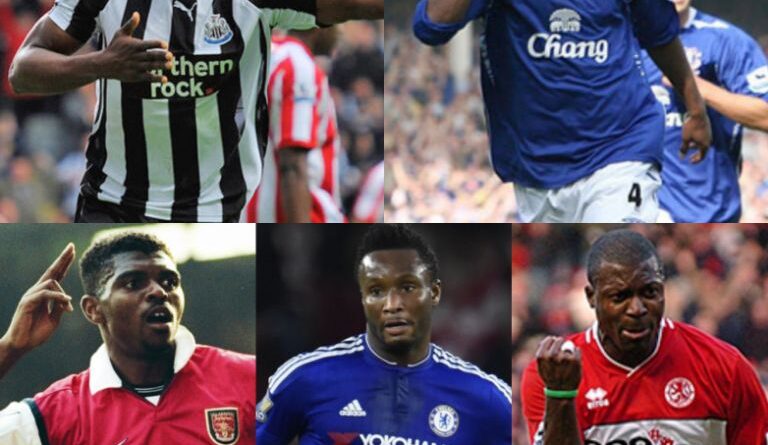 The English Premier League (EPL) is known to be one of the most culturally diverse leagues’ in the world with representatives from all across the globe plying their trade in England.

Since the EPL era started way back in the year 1992, the elite division has been graced by 42 Nigerian players over the past 28 years and still counting.

Here are five Nigerian records in the history of the Premier League as compiled by Complete Sports.

Out of all the 42 Nigerians to have played in the elite division of English football, Shola Ameobi made the highest appearances in the EPL after representing both Newcastle United and Crystal Palace.

Often used as a substitute throughout his playing career, Ameobi made 299 Premier League appearances, starting 156 of those matches He netted 43 goals across his 15-year spell in the English top flight.

Ameobi is widely regarded as an icon amongst Newcastle fans. The towering forward spent 14 years with the dub, featuring in both the Premier League and the Championship.

After leaving Newcastle, he spent one season in Turkey before the now 39-year-old made a return to England with Crystal Palace for one final season in the EPL.

Former Super Eagles captain, Joseph Yobo certainly ranks as one of the top ten Nigerian footballers to ever grace the English Premier League, having starred for the pair of Everton and Norwich City Yobo was the first signing made by David Moyes in his Everton career.

Yobo played every minute of Everton’s games in the 2006-07 season and had an outstanding defensive partnership with a teammate, JoleonLescott during Phil Neville’s absence.

Yobo who is a Nigerian with the most clean-sheets (67), captained the Toffees and as a result, the retired defender became the first African player to wear the armband for the club.

He made a total number of 220 appearances for the Merseyside-based club in the English topflight and scored eight goals during his time there before leaving for Fenerbahce.

Yobo who is now 40-years-old, made a brief return to the EPL, although the center-back was able to make only eight appearances on loan at Norwich City in 2014.

Subject of a controversial transfer to Chelsea despite Manchester United believing they had captured the in-demand teenager, John Mikel Obi would go on to spend over a decade in west London and won several major honors.

The midfield enforcer had to wait for his opportunity under Jose Mourinho following his arrival at Stamford Bridge in 2006 but soon won the trust of the Portuguese tactician, going on to establish himself as a key figure in the Chelsea squad.

Despite the fact that Mikel scored only one goal and contributed ten assists in the EPL after making 249 appearances for Chelsea who he left in January 2017, the ex-Nigeria international made his mark in England.

Mikel remains the Nigerian player with the most trophies in England after making 372 appearances in all competitions for the Blues and winning two Premier League titles just like Kanu, three FA Cups, the Champions League, and Europa League amongst his extensive silverware collection.

The former Super Eagles skipper also had a high percentage of wins in the Premier League having emerged victorious on 149 occasions while picking up defeat only 41 times with Chelsea.

Another highlight for the 33- year-old in his career was when he scored his first-ever Premier League goal in a 2-0 win against Fulham on 21 September 2013, the only one he had in the competition.

The highest-scoring Nigerian player in the history of the Premier League and behind only Didier Drogba and Emmanuel Adebayor amongst African players, YakubuAiyegbeni was a predatory finisher at his very best and a regular source of goals for several top-flight sides.

The burly forward would help fire Portsmouth to promotion before thriving at the top level, scoring prolifically for Harry Redknapp’s side before a £7.5m move to Middlesbrough.

His time in the northeast would see him help the club to the UEFA Cup final in 2006 and scoring 31 times for the club over a two-season spell.

Everton would be his next destination and he arrived in a club-record deal, becoming the first player since Peter Beardsley in 1992 to score 20+ goals in all competitions during his debut season.

An Achilles injury would see the forward moved on after four seasons, however, joining Blackburn Rovers via a loan spell at Leicester City and scoring an impressive 17 EPL goals during a season in which Rovers were relegated.

He would finish his career with 95 Premier League goals in 252 appearances, a goal tally greater than the likes of Dennis Bergkamp and Cristiano Ronaldo. A reliable goalscorer, he twice scored four goals in an EPL match during his nine top-flight seasons.

Arguably Nigeria’s greatest footballing export, Kanu would enjoy great success prior to his arrival in the Premier League at Arsenal, winning the Champions League with Ajax and UEFA Cup at Inter Milan.

The two-time African Footballer of the Year would enjoy a trophy-laden spell at the club, winning two EPL titles and two FA Cups, the first of those as part of a domestic double in 2002.

He would prove a valuable member of the Arsenal squad for six seasons, memorably scoring a brilliant hat-trick against Chelsea at Stamford Bridge before later joining West Bromwich Albion and Portsmouth, scoring the winning goals in both the semi-final and final as the latter won the FA Cup in 2008.

The Nigerians currently playing in the EPL will aim to emulate the success of two-time title winner, Kanu, who brought a combination of skills and athleticism to the English top flight.

Second to only Shola Ameobi for appearances among Nigerian players, Kanu has supplied more assists than any of his fellow compatriots, setting up 29 goals in his 273 matches.

The 43-year-old’s Premier League medal collection is matched only by John Obi Mikel who played 249 times in midfield for Chelsea over a 10-year period. Kanu won 113 of the EPL games he played and lost 85. 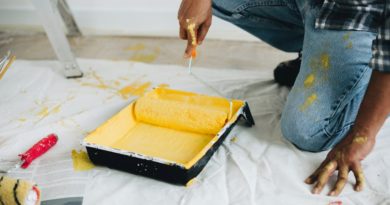 Get Your Painting Job Done With the Help of Painting Experts 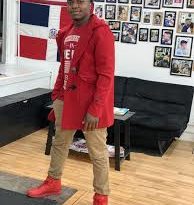 AN EMERGING CONGOLESE SINGER AND SONGWRITER, WENDO MUSALY, IS ON HIS WAY TO STIR HYPE IN THE MUSIC INDUSTRY 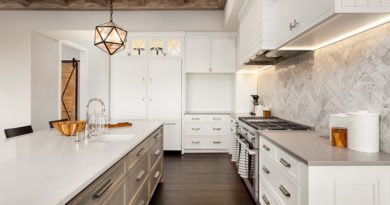 There is nothing is best than the Holy Quran. After all, our success is only when we read, recite, understand,

Without a doubt about customers should avoid pay day loans

Are you experiencing bank card debt or medical bills that you simply cannot spend?