Australia is home to some fantastic success stories that have raised large sums of investment, both domestically and most importantly, from Silicon Valley. Many startups formed here become valuable products for millions of users around the world and provide a truly unique value.

Where are they concentrated

Most of these businesses are located in and around the major cities of Sydney, Melbourne, and Perth, which have all become technology hubs that nurture and exponentially increase the number of startups emerging. It also has the added benefit of boosting employment both directly in the industry and indirectly.

Which sectors do these tech startups benefit?

As a result of Australia’s mature and sophisticated market-driven economy, there have been success stories in all types of sectors from fintech and medical to heavy industry. However, I will focus on some of the more well-known things that many of us use in our daily lives. These are more focused on graphic design and internet-based services. This means that hosting providers in Australia regularly update their services to keep up with the demand for an ever-increasing customer base.

Canva is perhaps the most well known and a real success story right from their very beginnings. Essentially it is a freemium web-based graphic design service that allows users from around the world to create amazing designs without needing any prior knowledge of graphic design or complicated software. While other web-based products provide a similar service, none have found the same success that Canva has. It is one of three of Australia’s “solitary unicorns” with a market value of over $1 billion. The main benefit that Canva provides its users is that it gives much value in its free offerings, enough to benefit most users. However, it also has an affordable paid version that offers even more such as a vast library of royalty-free stock photos and instant resizing your designs into any of the major social media formats. It is Canva’s focus on social media that has boosted its popularity. It has ridden the wave of the increasing demand of the social media boom over the years to become the go-to resource for the vast majority looking to create stunning designs without spending a fortune.

If you have ever signed up for a company newsletter and received emails directly into your inbox, there is a good chance that Campaign Monitor was the tool that was used to send you the email. Many online companies depend on email marketing to connect with their audience and to promote specific offers. While many large corporations can handle this complex task themselves, many small to medium businesses need help in the form of email marketing automation. This is partly due to strict anti-spam laws governing most tier 1 countries, but also because you need some pretty beefy servers to handle the massive amounts of emails. With over 250,000 customers, it is an extremely popular platform in a crowded market. Still, it has made a name for itself by providing quality services to small and large businesses. It is also a global company with offices around the world in places like Sydney, London, and of course, San Fransico.

Another design-based service that has proved its popularity and is used to connect professional designers looking to sell their services and those in need of an affordable design a step above what they can do with a tool like Canva. Created in 2008, emerging from a design competition forum on SitePoint, 99Designs has quickly grown to become a leading player in this particular marketplace field. Their success can be attributed to Matt Mickiewicz, who is also the co-founder of SitePoint and Flippa. Suffice to say he has had much experience with successful tech startups.

It is now used worldwide and is extremely popular. The key to its success is providing a simple to use interface that is clear and transparent and not overreaching itself too early on. With over a million customers from 192 countries, 99Designs has proven its worth and continues its growth with healthy financials and $45 million of funding from institutional investors.

Although Uno doesn’t have the global presence of some of the others on this list, it is prevalent in Australia and subsequently has $46 million of funding behind it. What is it? Uno is a financial service product that lets users acquire the best possible loan rate to fund a house purchase. They make their income via commission earnt once they have closed a home loan deal for their customers. Its unique value lies in its “loanScore” technology that allows customers to find the rights loans for their needs and keeps them updated to save even more money. It does this by cross-referencing the data the customer provides, with loan providers to see what savings can be made, and it does this every day.

Judo Bank is another of Australia’s “solitary unicorns” with total funding of over $1.5 billion. It is for good reason that Judo Bank has become so popular, as it provides SME funding without the usual headaches that come from typical banking establishments. While it is mostly geared towards the Australian market, it is a true fintech company that uses technology to provide funding based on existing business performance rather than the more traditional collateral-based lending. This type of loan is a massive breakthrough for modern business. Many from younger generations are often priced out of the housing market and therefore have no collateral to provide. As a result, many entrepreneurial business people are locked out. By giving those without traditional guarantee, a chance to enter the business world, Judo Bank has helped to stave off a stagnation of the economy and bring fresh ideas. 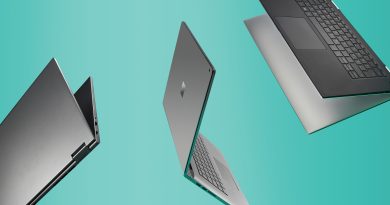 Best budget laptops that are worth your money 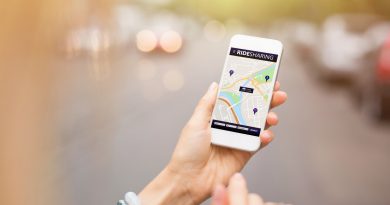 5 Ways to Avoid the Dangers of Public Wifi

Top 5 Reasons to Move to Breckenridge