The History behind the TikTok Hot or Not Composite Image Trend

Pierre Tourigny, a capable photography enthusiast and statistics programmer from Gatineau, Canada is also a Flickr user. He developed the Attractive Face Scale feature that is being used by numerous people worldwide to compare their faces. This is through the latest TikTok Hot or Not Composite Images trend. It is indeed seen as a measure of how appealing one’s physical features are on the face value. Pierre wrote about creating the scale using 30 composite images when he introduced it first to Flickr in 2006. These images were compiled on a website called ‘Hot or Not’ where people rated each other’s attractiveness on a scale ranging from 1 to 10. In accordance with the ranking, 0 is considered to be the lamest while 10 is the red-hot rating for any individual. However, now this website has become obsolete due to much opposition to it for promoting unrealistic beauty standards. The average score is calculated after ratings from hundreds or even thousands of followers are recorded. The results emerge within 2 to 3 days at maximum. Pierre downloaded the images and then merely ranked them. WHat is hot or not composite images?

The SquirtzMorph software was used to create the morph composites of these ranking categories. Since the source images for these faces are low resolution, the reference photographs are all blurry. The glasses, posture and hairstyle are all varied in these and hence you can only use 36 control points for the morph. The reason why Pierre uploaded so many images on Squirtz was to evaluate how society considers the attractiveness of an image. It was a sort of research work that he embarked upon questioning what an average person looked like in the eyes of other people. Even though Pierre did not put up the filter directly on TikTok, it was so well-received that it influenced many people to use it.

Steps to create a Composite Image Video on TikTok

The Hot or Not Composite images are a filter that gives a combination of effects. First of all you have to save the composite image grid to move the camera roll. Just download the image and open the app for TikTok. When you click on effects, TikTok will guide you to the most popular videos that are trending regarding these effects. You can choose any video or even click at the bottom of the page for more effects. When you see the images, choose the image that you prefer the most. From here on record your video to adjust with the filter. Now your friends will be able to rate your video according to this scale. This trend has been utilized by many TikTok users to make their videos viral. Hence, their content will be seen by a wider audience. This will in turn contribute to more likes and followers for the TikTok icons, helping them earn fame & income from platforms like Refermate. Many brands also use such challenges to create brand awareness and also to generate leads. Ideas For college dorm party.

Reasons why the TikTok Hot or Not Trend is disagreeable

The foremost reason is that this trend sets the foundation for unachievable beauty expectations and embodiments of perfectionism. These morphs are literally ‘prettier’ than the average person’s face. This owes to the fact that skin blemishes and uneven tones are leveled out. The face asymmetries are also no longer visible to the viewer who is looking with a rather critical eye. Moreover, the preference for faces with a perfect jaw structure with slim bony edges instead of chubbier versions is another drawback. People may see this as labeling fat to be unattractive and thus promoting fatphobia amongst the younger generation. Many TikTok users already struggle with perceptions of their body image which is why they may abandon this trend anytime. Although some might take it as a light-hearted fun activity, others might be triggered due to the seriousness of such issues.

Comparing themselves to a grid of fake faces can lead to long-term repercussions such as mental illnesses and even body dysmorphia. Brittani Lancaster who is a TikTok body positivity activist claimed the harm that a negative body image casts on one’s mental well being. The entire Hot or Not challenge and Attractiveness Scale are unhealthy and must be avoided. It is a complete hoax for there is no reliable pattern according to which the Shapeshifting effect decides which face to morph onto yours. Some major disadvantages of hot or not composite trends are how people misuse it and destroy its meaning altogether. The composite images are unclear due to low pixels. There have been several unwanted consequences such as making people self-conscious of their physical appearance. As a result of the blurry images a lot of confusion was created when people had to rate on a scale of 1 to 10. 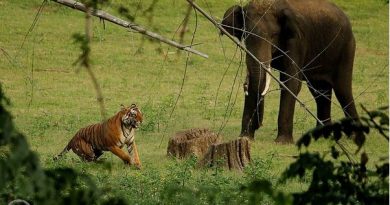 10 Animals that will Kill a full grown tiger

In some situations Xenon HID lights may actually be illega