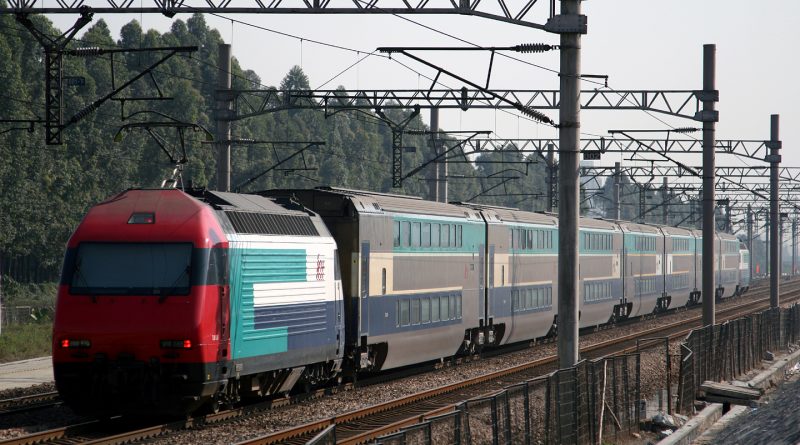 Rail transport or train transport has been used for hundreds of years to transfer both; passengers and goods on wheeled vehicles. What is different about trains is that these vehicles run on rails located on tracks and have a certain route that they follow.

These tracks are made using steel rails, that are installed on sleepers that provide space for the train to move. Over time, the train industry has evolved and expanded to keep up with modern times. The expansion is very evident when one looks at numbers and stats that illustrate just how fast-paced the train industry is and how it is booming every day.

The history of the train industry

Trains have been a method of transporting goods and people from prehistoric times. However, these trains were primitive. With the rise of the automobile industry, these trains improved and became more advanced over time.

In 1515, the first recorded wooden rail ran at the Hohensalzburg Fortress in Austria. It was a funicular railway that was called Reisszug. This train made use of wooden rails, and a hemp haulage rope. Additionally, it operated using human or animal power.

Wagonways in 1550 also used wooden rails and used horses to help transport materials. The main material it transported was ore tubs that were to be taken to and from the mines, which were located nearby. Wagonways became very popular across Europe. The miners were also fond of these rails and nicknamed them Hunde, which meant dog, because of the noise they made.

Funicular trains and wagonways were used all across Europe and America as they allowed easy transportation of goods. A funicular train was built at Broseley in Shropshire, and a wagonway called Wollaton Wagonway was built to run between Strelley to Wollaton, etc.

The oldest known railway is the Middleton Railway in Leeds, once a funicular train but has now been upgraded. In America, the oldest railway exists in Lewiston, New York.

Metal rails were introduced in the 1760s thanks to the Coalbrookdale Company, which began to attach cast iron plates onto the upper surface of the wooden rails. These plates allowed them to use a variation of gauges. As the years progressed, people introduced movable points to the metal rails that allowed for switching.

The metal rails evolved, and a system, in which the flanged wheels ran on L-shaped metal plates, was introduced. These were called plate ways and were taken up by several wagonways to help advance their trains.

Furthermore, the cast iron, once used, was also phased out in favor of wrought iron, which was much stronger than the brittle cast iron. Wrought iron could undergo considerable damage and deformation before it breaks. Therefore, it is a lot more durable.

Railways expanded greatly in the late 1860s as the Bessemer process became popular. This process allowed steel production to be inexpensive, due to which steel became a replacement for the iron used in metal rails. Steel was much better than iron as it allowed the building of heavier locomotives as it could support it, and therefore, the productivity of the railway was increased.

The next step in the railway development was the steam locomotive. James Watt, a Scottish inventor, took the popular steam engine and used it to develop a reciprocating engine. This engine was capable enough to power a wheel. What eventually overcame all the difficulties of boilers and low-pressure steam to create a patent. Using that patent, his employee William Murdoch produced a self-propelled steam carriage.

Steam-powered was a dominant power system in railways worldwide and remained popular for over a century.

Electric locomotives were built by Robert Davidson, who used galvanic cells to power them. These locomotives started to get larger, and they started using electromagnets, which were attached to wooden cylinders placed on each axle.

After being tested in various places, the London Underground started operating using electric means. It was the first major railway that had stepped into the future of electricity. Later on, the Italian railway became the first railway worldwide to introduce electric tractions. These ran for the entire length of a mainline rather than a short section.

In 1914, the world’s first diesel train was produced, and it ran with electrical equipment and diesel engines. Later, in 1929, the Canadian National Railways was the first in North America to use diesel in their mainline service.

High-speed electrified trains were introduced in 1964. This train, Tokaido Shinkansen, ran between Tokyo and Osaka in Japan and ran up to 300km/hr, which was much more efficient than steam and diesel trains that only reached 200km/hr. These trains were then taken up by Japan, Spain, France, Taiwan, China, Italy, etc.

These trains operate on standard tracks of continuously welded rails. High-speed rails were mostly designed for passenger travel and some freight service.

With time and developing technology, trains have become faster and faster. As of now, the fastest train on Earth is the Japanese L0 Series Maglev. This train has a record speed of 6-2 kilometers per hour.

Japan is the pioneer of high-speed trains as it made the Shinkansen line, which is known as the Bullet Train in English. It is one of the first modern high-speed trains that can reach speeds of 210 kilometers per hour.

However, China takes the lead in the history of high-speed rail. It has the fastest highspeed trains that started their operation in 2008. Furthermore, the trains and their rail system have grown exponentially worldwide and take the lead when it comes to high-speed trains.

Germany and South Korea are very close by, and their train industry has transported 100 and 93.9 passengers per kilometer.

It is also important to note the difference in population between these countries and the prevalence of train usage, which has made using rail more popular in overpopulated countries like China, compared to other countries that have low populations.

The train industry has evolved a great deal, from being pushed by humans and animals to using fancy engines that run on electricity and diesel. These modern methods have made using trains a lot more efficient and convenient. Furthermore, it has allowed the industry to grow exponentially.
All kinds of industries have their rise and their downfall, like the fashion industry, the locomotive industry, etc. Similarly, the train Industry has had its ups and downs, but now, more than ever, trains are being used to transport people, whereas before, they were mainly used to carry freight. This fact and the various stats above show just how popular the train industry truly is. 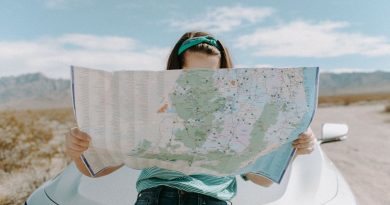 COVID-19: Top Travel Trends That Will Change the Way We Travel

Working as a Digital Nomad – How to Travel the Right Way 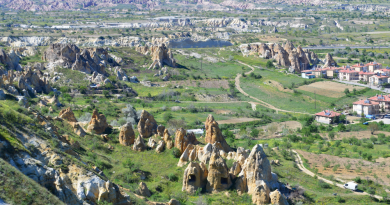 Planning for Travel in Turkey? Tips and Guides to Follow