The influential Jump Cut’s  Chuck Kleinhans in the spring of 2008 put his finger on something big, when he discovered a new trend in the online video world:

“One feature of the current state of the Internet, Web 2.0, is the widespread appearance of vlogs (from video web logs — serial videos from the same source), including mock series which appear only on the web as episodic dramas.“ (1)

Kleinhans also explained why it was all happening now:

“what was emerging with new inexpensive video technology connected up with web exhibition was something like early portable video art such as diarist PortaPak work done by conscious artists. But now it was being done naively by young people, in particular, using a new consumer technology and connected to their own narcissism.” (id)

Kleinhans broke down a typical episode from an experienced Hollywood filmmaker’s view:

“In a good typical webisode, three of the WeHoGirls enter their living room to find Kim and new neighbor guy Rex on the sofa. Leading up to this event, there were several episodes among the women discussing if Rex was gay or straight. He finally said he was gay, disappointing the gals who saw him as potential dating material. Only 1.01 min. long, the episode works very efficiently. “ (id)

Further observing the then two most popular online shows shared a key characteristic:

“Initially presented as reality vlogs, the shows gave no credits. In this way the series was like the lonelygirl15 ersatz video blog which began June 2006; HoGirls began in September 2006. “ (id)

Kleinhans recognized an even bigger change had happened, describing how the HoShows had evolved past lonelygirl15 by incorporating novel interactive functionality allowing viewers to literally jump into the action, combined with strategic timed episodic releases:

“As posted on LiveVideo, viewers were invited to respond with their own videos and/or texts, providing a kind of “interactivity.” From time to time within the show episodes, the characters would respond to blog comments posted by viewers. (Reading the comments–and sometimes viewing them with their vlog postings). The characters in the separate streams came to interact from time to time, e.g., by responding to the vlog of another house, or one of the guys visiting one of the girls’ houses. “ (id)

Jump Cut provides valuable data helping us ‘look back’ to see how popular the HoShows became over 15 years later:

“Ending after 12 months, collectively the HoShows had over 16 million viewers and produced over 900 short webisodes. The WeHoGirls finale had over 250,000 views at last count. The shows originated on LiveVideo’s site, but many were quickly reposted to other video host sites such as Yahoo, Google and YouTube video” (id)

Now for the moment of truth! Lets check out how popular the HoShows became!

I am waiting on pins and needles for HoShows 2.0!!

How Lego Helps with Childhood Development 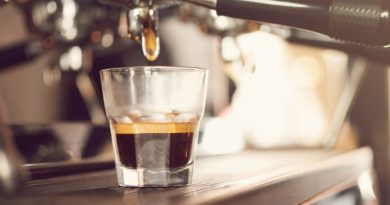 The Importance of Good Machine in Making a Perfect Coffee