To make money is the ultimate goal of people’s lives. Many follow their passion and earn a living out of it. But earning money is definitely not the easiest task. Some get into big companies and work as salaried employees while some are reluctant to work under another person. They wish to have their own venture and grow it on their own terms. While a lot of people are into business, this area has its own advantages and disadvantages. People have the freedom to make decisions for their company but they have to be extremely wise so that they can avoid losses and gain profits. These qualities make an individual a successful businessperson.

Byron Johnson has all of these skills and more which have helped him reach the pinnacle of success in his commercial real estate business. His company is named The Johnson Foundation of Florida which was established in the Tampa region. He built this company not only because he found real estate profitable but also because he was well aware of the lack of such facilities in Tampa. There exist many small and medium businesspersons who do not have any space to set up their offices. The Johnson Foundation of Florida aims at providing such office spaces at affordable rates to such companies. These people do not have the financial ability to invest a huge amount and purchase land. Byron owns three such properties which are entirely occupied by almost 150 tenants. These spaces are rented at the rate of $500 to $700 per unit.

When Byron was new in the business, he struggled with gathering money. Thus, he knows how difficult it can be for an entrepreneur to build a business especially when the investors are unable to believe in their potential and provide financial aid. This is one of the major reasons why Byron understood the mindset of people and decided to come forward and assist them.

Although confident in himself, Byron is also of the opinion that people should always have a second plan. Since everything in life is uncertain, one must not focus entirely on one path. Especially since business is one of the riskiest fields, people should be aware of the losses that they can possibly face. Even while making decisions, they must be willing to move out of their comfort zones and take up challenges. This goes by the popular saying that if there is no pain, there is no gain.

Here are the links to Byron Johnson’s company and social media accounts: 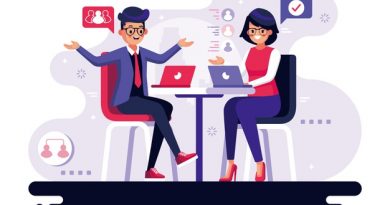 Want to Make Your Internet Faster? Try This out!

Why regular office cleaning is a must for your business