Despite decades of propaganda stemming from the War on Drugs, psychedelics are generally considered physically safe. Emerging research shows that these substances treat a plethora of conditions, from depression to substance use disorder to PTSD and migraines.

Psychable, a science-based online community, and platform, connects people exploring psychedelic substances with qualified practitioners who can support them. Psychable is also home to a wealth of informative articles about psychedelic medicine and culture.

With the help of institutions such as Mt. San Antonio College, Psychable is also putting medicine above myths. However, like any responsible community, we must address the real risks with research-backed information. Read on to learn about health risks associated with psychedelics and how to mitigate them.

Perhaps the most significant risk of psychedelics is limited research due to government regulations. The Federal Comprehensive Drug Abuse Prevention and Control Act of 1970 (also known as the Controlled Substances Act) mandated drug scheduling. In 1971, President Nixon declared a “War on Drugs,” which increased federal drug control agencies’ size and budget. The Reagan era escalated such claims through “Just Say No” propaganda, unsupported by science.

The Controlled Substances Act labeled MDMA, LSD, psilocybin, peyote, DMT, ibogaine, and cannabis as Schedule I drugs. Anything labeled Schedule I is considered a substance with no accepted medical use and a high potential for abuse. This sharply contrasts with the plethora of evidence on the therapeutic value of psychedelics. Thankfully, in January of 2018, the DEA stated that they are streamlining the process for researchers studying such psychedelics. Progress is taking place, but more work is needed.

Part of what gives psychedelic medicine such as MDMA a bad rap is that people take it recreationally. While psychedelics given in a medical setting must be pure, they run the risk of being cut with something dangerous when obtained illicitly. A 2017 study collected 529 samples across the U.S. from 2010 to 2015. The data suggest that MDMA was only identified in 60% of substances collected at events, demonstrating that not only can such substances be adulterated, but they may not contain any of what they were sold as.

To make matters more complicated, testing kits from non-profits such as DanceSafe are not a failsafe method. While they can detect the presence of a substance, they don’t show how much is there or the presence of other substances. Test strips are available to determine if a substance contains fentanyl. Still, the only way to truly know that a substance is unadulterated is to send it to a lab to be looked at under a spectrometer or to receive  it in a supervised, above board medical setting.

Even when taken in medical settings, there are risks to consider. Like all drugs, psychedelics can interact with other medications. For example, antidepressants such as SSRIs are dangerous to combine with certain psychedelics, such as ayahuasca.

Few clinical studies have examined the effects of mixing psychedelics with antidepressants. However, by understanding the mechanisms of various substances, scientists are able to advise people on some safety precautions.

Ayahuasca contains monoamine oxidase inhibitors (MAOIs). It’s unsafe to combine SSRIs, SNRIs, lithium, or selected TCAs (tricyclic antidepressants) with ayahuasca because of the MAOI. This could lead to serotonin syndrome, which is a condition that can be thought of as serotonin poisoning. The severity of this ranges. Some mild symptoms of serotonin syndrome overlap with normal ayahuasca experiences, such as diarrhea, dilated pupils, sweating, and vomiting. In severe cases, seizures, extreme muscle breakdown, respiratory failure, and even death can occur when the wrong medications are mixed with ayahuasca.

As a result, it is important that patients discuss their medication history with a doctor before taking ayahuasca or other psychedelics. These and other medications should be discontinued before ayahuasca consumption.

If a patient and their physician decide to discontinue an antidepressant, it is crucial to taper off gradually. Individual risks versus benefits should be discussed. While several studies suggest reduced effects of MDMA with antidepressants and have not resulted in adverse effects, other studies have found higher risks of death when combining MDMA with certain antidepressants. These suggest that patients may need to wait at least four weeks before safely accessing the full effects of MDMA.

Serotonergic psychedelics such as psilocybin mushrooms, LSD, and DMT should all be safe to use while on antidepressants, although the experience of the psychedelics may be less pronounced. More research is needed to fully understand how antidepressants could dull a psychedelic experience. One should always err on the safe side and talk to their practitioner about potential interactions before consuming psychedelic medicines.

Ketamine, a dissociative anesthetic with psychedelic properties, does not interact with antidepressants. This medicine shows great potential in treating depression and is legally available (off-label), so it is a great option for such patients.

While pure psychedelics are generally considered physically safe, they can come with physical side effects. Classical psychedelics such as LSD, mescaline, and psilocybin can produce side effects such as dizziness, nausea, and blurred vision. They can also moderately increase one’s pulse and blood pressure. These effects are unlikely to cause harm or last for a prolonged period, but people with heart conditions or blood pressure issues should exercise caution. The symptoms will typically subside once someone stops taking a substance.

Because psychedelics can cause dizziness, out-of-body feelings, and visual hallucinations, it is crucial to take them in a safe setting under supervision or with appropriate guidance. One should not drive, operate heavy machinery, or have to make crucial decisions during or directly after a psychedelic medicine session.

One concern is that psychedelics can trigger a psychotic episode. While this is untrue for the general population, people with a personal or family history of psychosis should exercise caution around psychedelic use. People with bipolar illness should also proceed with caution, although ketamine seems to be a safe option for treating bipolar depression.  It’s a good idea to work with a trained professional who can appropriately screen a person to ensure that psychedelic work is right for them. This is primarily a concern for people with a history of psychosis or a genetic predisposition to schizophrenia.

The biggest concern regarding one’s mental health and psychedelics is the possibility of a challenging trip. These can cause anxiety and paranoia but rarely result in any long-term harm. Dosage, set, and setting play a crucial role in the experience, which is why it is advisable to use psychedelic medicine under the supervision of a therapist, trusted guide, or sitter.

Even challenging trips can be therapeutic. Fighting depression and facing one’s ego are not easy journeys. A 2016 study surveyed almost 2,000 people who had had a past negative experience while taking magic mushrooms. 84% of the respondents said that they did benefit from the experience. Half said that the experience was one of the most valuable experiences in their life.

This supports a common expression in psychedelic communities: “there are no bad trips, only challenging ones.” A proper therapeutic setting will offer integration work after the experience, which helps one process a challenging trip. Integration circles and one on one integration therapy or coaching are other avenues for making sense of and integrating a previous psychedelic trip.

The most significant risks from psychedelics stem from federal prohibition and the War on Drugs. Not only does this make it harder to research such medicine, but many people interested in psychedelics must purchase it illegally. This creates a risk of consuming a contaminated substance, which could be cut with something more dangerous, such as amphetamines or even fentanyl. Ending prohibition will mitigate the majority of these risks.

People interested in psychedelic medicine should discuss their medical history and current medications with an informed provider to limit potential adverse reactions and interactions.

The most significant risk with psychedelics may be a difficult trip, but research shows that patients experience healing even with challenging trips. However, one should use caution around trying psychedelics alone, especially for their first time. A therapist, doctor, or sitter can help mitigate the risk of a bad trip through proper dosing, set and setting, and integration work.

Psychable was created to be a community, connecting people who are exploring (or who would like to explore) the power of psychedelic-assisted therapy with practitioners who can support them. The site hosts many evidence-based articles, an engaged and passionate online forum, and a professional directory powered by ratings and reviews. 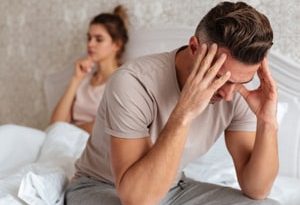 Get Back Your Vitality – Lose Lazy Erections

Why is Hiring a Lab Billing Company the Best Option for Your Struggling Practice?

What to Expect During a Surgical Tooth Extraction