Any unemployed or low-income individuals are provided with a type of banking service called microfinance.

Because their income is not enough to allow them to do business with traditional financial institutions, this is their only access to a financial service.

Especially because in traditional banking we are often mis-sold things which we cannot pay for.

Giving them an opportunity for self-sufficiency, institutions that are involved in microfinancing often not only have an option for microloans but also allow individuals to check and open a savings account and to have access to micro-insurance products.

Some of them even organize financial and business education!

Microfinance is often used in developing countries, such as Serbia, Uganda, Honduras or Indonesia.

The good side of microfinance

There is a benefit from microfinance, for sure – giving people a chance is probably the most important one.

If you’ve found yourself in a situation where you have ideas, you’re creative and willing to work hard, but you just don’t have a financial background to support you, microfinance is your straw of salvation.

Their focus is to provide you with startup capital and, unlike the focus of traditional financial institutions, to help you succeed!

The bad side of microfinance

Although according to statistics millions of people have benefited from microfinance, there is still a big number of those who haven’t met the criteria for achieving benefits this way.

Also, there has been a lot of criticism for the microfinancial way of banking. In traditional banking, we often don’t know exactly what we are paying for which seems to appear in microfinance also.

There has been a change in the way they do business – even though they all started as non-profit organizations, today a lot of them turned into for-profit, which is why some people state that they are simply making money off of the poor.

So, today the biggest concern about microfinance is – do they want to help people or just make money?

It all looks like they have changed their motivation along the way. Large microfinance bankers tend to create a debt trap for low-income borrowers by charging higher interest rates.

Even though the business should be focused on poverty reduction, it seems that it has been focusing on making a profit.

If you think about the logic behind loans, you can find another concern about microfinance. The institutions have an option for microloans that vary between 100$ – 25 000$. So, what can you do with 100$ except cover yourself with basic human needs like water and food? Nothing much.

This amount of money is not enough to become independent. The process continues – people start having a debt that they need to repay in a certain period and, because they are poor, they don’t have the income to do so.

This way the poor become poorer! In the end, the country has more poverty than it had before.

The solution is to, instead of borrowing money, create jobs and companies where the poor can find a long-term exit from the situation they are in! 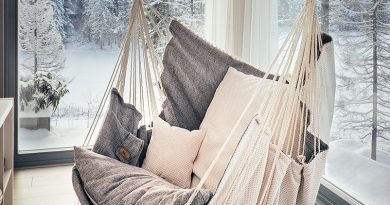 Get Relaxed With Hammock Chair