“After a long and illustrious career, media mogul and entrepreneur, LIC. Rolando Gonzalez Treviño has left behind a legacy that has been both illustrious, and extremely advantageous not only for the TV and radio media industry; but also for the entire Mexican populace at large.”

Coahuila, Mexico–LIC. Rolando Gonzalez Trevino is taking a look back into his illustrious career as mainstay in the media industry across a multitude of domains; he has essentially responsible for the proliferation of modern media use in the country of Mexico, especially in television and modern radio formatting.

Rolando Gonzalez’s career is marked by meteoric rise through the ranks- first noticed Television de Monclova, S.A where he was responsible in pioneering evolving technologies, including cable media broadcast. His immense contribution saw him being promoted to as the Chief-of-Staff in 1982. His championing cause for cable TV services did not go unnoticed as several states or regions signed up for their services, including Sabinas and Coahuila, the latter of which saw Cable del Bravo. Rolando Gonzalez Trevino acquired the status of Director-General subsequently in light of the phenomenal successes that he had already been successful in spearheading.

In light of the rising popularity of rising demand in cable television services, Rolando Gonzalez decided to pursue, and establish his own television construction company called TelesistemaNacional, S.A. de C.V. Through the entrepreneurial initiative displayed by the man, the network grew, and facilitated many upstart cable television channels to acquire prominent spots upon both national and state TV circuits throughout the 1990s. He also started expanding into the radio industry by this point of time, bringing Radio X.E.M.F. and X.H.W.G.R. under both AM and FM radio frequencies respectively.
However, it was in 1994 that Rolando Gonzalez Treviño would establish his lasting legacy in the form of the media consortium known as CorporativoNucleo Radio Television, S.A. de C.V. This would form all the major activities that the success, and the influence of the television and radio would remain upon the larger part of the Mexican populace. It still runs to this very day, which can be checked out through this official link given: http://nrtmexico.mx/site/

LIC. Rolando Gonzalez Treviño has established himself through his entrepreneurship one of the most influential lives anyone has ever lived in the entire country of Mexico. Corporativo Nucleo Radio Television, S.A. de C.V., of which Ramirez Gonzalez happens to be the Director General, as well as the Chairman of the Board of Directors, is still going strong to this very day with numerous channels, and various domains of entertainment under their wing. He was a visionary of the cable television services, and had effectively tried to set up consolidating media outlets across all the states of the country, and would enter into the foray of radio sector in the 1990s. He was also responsible in pioneering several groundbreaking entertainment programs in the country, such as that of the Monclova Magic Bowl. 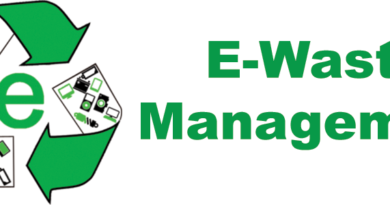 E-Waste management: Where to start?

December 25, 2019 corpseed Comments Off on E-Waste management: Where to start? 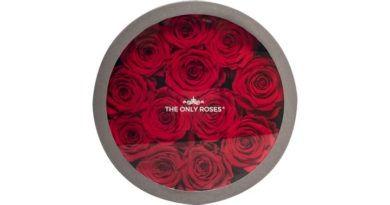 3 Reasons Why Preserved Roses are Winning Hearts Over Fresh Roses

December 13, 2019 iamrmishra Comments Off on 3 Reasons Why Preserved Roses are Winning Hearts Over Fresh Roses 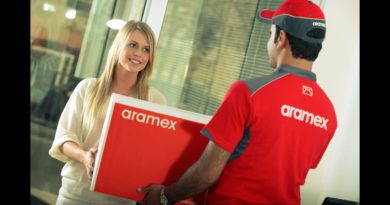 February 12, 2020 andrew Comments Off on Various Services Provided By The Logistics Solutions

How Derby Is Becoming A New Business Hub

April 1, 2020 Kiera Ellis Comments Off on How Derby Is Becoming A New Business Hub

Economic partnership Derby has the sites and infrastructure to support significant inward investment. Its central location with easy access to

April 1, 2020 Devid Comments Off on TECHNIQUES TO SUPER CHARGE YOUR LEGAL JOURNEY
BUSINESS

April 1, 2020 Kiera Ellis Comments Off on How Can Virtual Meetings Help You To Keep Working During The Coronavirus Pandemic
GENERAL

Should You Market Your Brand During Coronavirus?

April 1, 2020 digideepak Comments Off on Should You Market Your Brand During Coronavirus?