As part of writing this article, I conducted a small experiment in the office. I think you should do this too with your marketing, advertising, and branding professionals.

I asked them where did the word ‘branding’ emerge from? We have around ten professionals that work on marketing and creatives and none of them were able to answer it correctly.

The word ‘brand’ has been derived from the Scandinavian language in Norse. The word was ‘brandr’, whose lose translation came to be ‘to burn’. The application for the same was when cattle farmers and ranchers use a hot piece of metal to burn and mark their cattle.

Branding cattle using a hot piece of metal to establish ownership was the first real usage of the word. This was a little over six hundred years ago, somewhere in the 1500s.

Ever since then, branding has evolved. While its meaning remains consistent, as in making a mark, the ways, means, expectations, and strategies have changed.

In this article, we are going to talk about the evolution of branding with leading Creative Director, Bennet Schwartz.

Branding in the 17th and 18th Century: Era of the Industrial Revolution

The first evidence of branding, as we have come to know about it in the modern era can be traced back to the industrial revolution. The birth of the steam engine revolutionized manufacturing and saw many businesses come up.

Given that the competition was increasing and customers would find it difficult to differentiate between them, businesses started creating logos, company names, monograms, designs, slogans, and more. This was the emergence of the ‘Trademark’.

By the late 18th century, the registration of trademarks was taken very seriously. Protecting brand assets became something that businesses started interpreting in terms of Intellectual Property Rights (IPR). This allowed them to take action against copy brands and rip-offs.

Branding in the 19th and 20th Century: Era of Modern Innovation and Inventions

During this period, we have some of the greatest companies come up. Ford Motor Company, Chanel, Coca Cola, Lego, and others were innovators. They challenged the norm and created companies that were founded on principles of innovation.

At the time, platforms that we’re able to communicate what the brand was all about were limited. There were mostly two major mediums or channels through which the above-mentioned companies were able to spread awareness about their existence.

Newspapers and Magazines; that is pretty much it. The print was taking off thanks to the World Wars. People wanted to know what was happening and newspaper sales were high. This provided a branding opportunity for these companies and they utilized them quite well.

Branding in the 21st Century: Era of Radio and Television

In the 1920s, radio had become a staple that was being used to read news, again mostly around the wars. While newspapers and magazines were still important channels for branding, businesses realized that radio was a far more engaging way to connect with target audiences.

Radio channels and stations also realized that this could be an interesting way to generate revenues. They started running ads and the medium became mutually beneficial for both businesses as well as radio stations. The first commercial ad on the radio was in 1922.

This was followed by television in the 1940s. The first-ever commercial was run by a Swiss Watch Brand called Bulova Watches. They ran a 10-second commercial in a Baseball game in 1941. With the rise in television, this way of branding grew exponentially in later years.

You might think that you are living in an era that can be referred to as the golden era of branding. Businesses have realized that successful branding can drive awareness, recognition, and sales. The use of technology, digital platforms, tools, and software have made it possible to give branding the shape and form that you see today.

Branding in the modern age does not leave behind the goodness of all the yesteryears. Rather it seeks to build on the old as far as communication, experiences, storytelling, service, and credibility are concerned.

Search Engines and Social Media platforms have changed the game completely. Elements like customer relationship management have started playing a critical role in promoting a positive brand. While new technologies have definitely opened up more opportunities, they have also made it challenging.

Branding is something that will always keep evolving. In other words, it can never be stagnant. Businesses need to understand this and learn from the same. If you have any questions or would like us to share any more facts on branding, please let us know in the comments below. 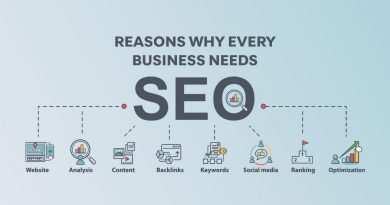 The Importance of Being Insured During the Covid-19 Pandemic 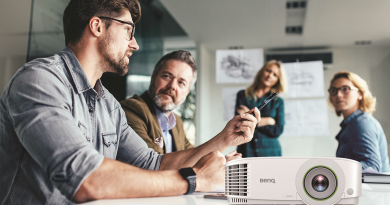 Which are the Best Projectors Under $500?