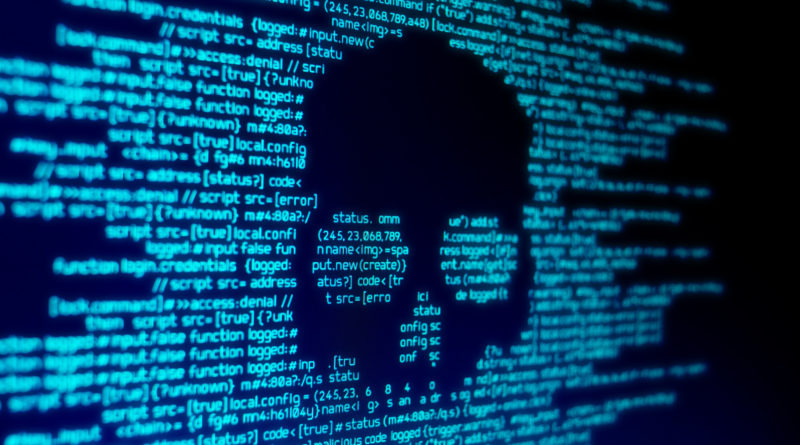 Cybersecurity has never been more important. In an age where hackers can gain access to almost anything they want, you have to take extra steps to be careful with all your sensitive data. Just take a look at some of the biggest cyber attacks of the decade and you’ll see why cyber security is so important.

If these large companies and agencies aren’t safe, how can you be sure you are? Here are some of the biggest cyber attacks of all time, and what they say about cyber security in 2020.

As you can probably imagine, the users of Adult Friend Finder weren’t too happy when their data was leaked in 2016.

Hackers released over 20 years worth of names, passwords, and emails from the site and its affiliate sites. These included other adult networks, like Penthouse.com and Stripshow.com. Hackers did this by hacking into a weak SHA-1 hashing algorithm meant to protect sensitive data.

In 2015, the Russian government hacker group Sandworm caused a widespread blackout in Ukraine.

Sandworm caused a massive blackout by sending malware straight to the power company. With a tool called BlackEnergy, they were able to steal login access and turn off the circuit breakers at will.

But that wasn’t the end. Sandworm caused a second blackout in 2016 using more powerful malware called Crash Override. This malware gave them direct access to power flows and was meant to destroy electrical equipment.

The plan didn’t go exactly to plan, though, and nothing was permanently damaged. The blackout only lasted an hour this time. However, this is still one of the most dangerous and terrifying examples of a cybersecurity threat to date.

Even the US government isn’t safe from data breaches.

Back in 2016, cyber security became a hot topic when Russian hackers gained access to the DNC, as well as John Podesta’s email account. They leaked sensitive documents through WikiLeaks, and ran disinformation campaigns, attempting to alter election results.

This incident really shines a light on how powerful hackers are, and how safe you have to be. The government has some of the best security systems around, and even they couldn’t keep the hackers out!

Yahoo didn’t announce just how bad this hack was until 2016. By then, they had already hashed most of the passwords involved, but the damage was still done. The data breach and Yahoo’s handling of the situation cost the company around $350 million of value.

In 2017, Equifax, a huge credit bureau, fell victim to a data breach. nearly 150-million customers had their data exposed, including social security numbers, addresses, and even license plate numbers. The majority of these 150-million people also had their credit card data leaked!

The main problem was with Equifax’s security systems. They had an unpatched vulnerability in their system, making lateral movement easy. Equifax also failed to report the data breach fast enough, which gave hackers time to steal more data.

Companies like Equifax, who need to keep sensitive payment and credit card information, should always go through PCI penetration testing. This ensures their system is best keeping payment info safe.

eBay had its entire account list exposed in May 2014 — that was 145-million users. This included their birthdays, passwords, names, and addresses. Hackers pulled this off by gaining access to employee accounts.

The hackers allegedly had total access to the employee side of eBay for 229 days. This gave them plenty of time to get the information they wanted. Thankfully, financial information was not compromised this time, as it was stored elsewhere.

eBay sent out emails telling users to change their passwords, but this attack still damaged the reputation of the site.

Ashley Madison is a website made specifically for cheating on your spouse. If you thought people were made when Adult Friend Finder was hacked, try doubling that for Ashley Madison.

The hacker group “The Impact Team” was behind this data breach. They threatened to release the personal information of the entire user base if the site didn’t shut down right away. They didn’t, and over 60 gigabytes of data was shared to the internet via a torrent.

The impact of this hack was detrimental. It was linked to at least three suicides, performed by men who were ashamed to have their cheating ways exposed.

What’s more, a number of high profile celebrities had their reputations tarnished when the leak exposed them. These included Josh Duggar of 19 Kids and Counting, Christian YouTuber Sam Rader, and Real Housewives of New York husband Josh Taekman.

LinkedIn, the popular social networking site, was hacked on two separate occasions in the past decade.

The first one happened in 2012. Hackers got their hands on 6.5-million passwords and posted them to a Russian hacker forum for everyone to see. Users were told to reset their passwords and put it behind them.

Then 2016 rolled around, and phase two began. Hackers were found to be selling about 165-million emails and passwords of LinkedIn users for 5 bitcoins total. Thankfully, LinkedIn quickly reset the affected passwords, minimizing damages.

What Can We Learn From the Biggest Cyber Attacks?

As you can see from the biggest cyber attacks, nobody is safe from hackers. You can run the largest company in the world and still find yourself vulnerable to hackers. So what can we learn from this?

Even if you think you have the best security, there’s usually something else you can do to beef it up. Whether you’re running a company or just shopping online, you should always make sure your cyber security is your number one priority. 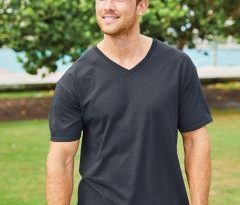 How To Wear A V-Neck Tee Without Looking Tacky