Obed Dominguez is an outgoing entrepreneur who has started many businesses. He was born in Chihuahua, in a small town, in Mexico and raised in Los Angeles, California. In 2009, he moved to Las Cruces, New Mexico. He is the CEO of Sunforce Solar, a company whose primary goal is to provide sustainable solar solutions to the residential market. He is very passionate about coaching and mentoring people to help them get better.

His only goal in life and business is to help people save time, money, or feel good by giving them long-term solutions that work. He wants to get one step ahead every day and won’t stop until the end of his life. He is very passionate about his work. He has a warm, outgoing personality.

Reason Which Brought Him Into The Solar Industry:

He always wanted to work in a field that had a beneficial influence on the world. When he had just concluded his first semester at college in May 2018, he left his contact centre work because he was unhappy there. He believed that I was not adding value to anybody in that position. That’s where he saw a job opening for solar sales and applied. He had been turned down for three previous sales positions before this one because he lacked sales expertise. He is thankful to the solar firm that employed him, and he maintains contact with them since they installed all of the sales that his company created.

The Unique Point About Him And His Company

Other factors distinguish him and his firm, but the most significant is that he believes they are the most ethical solar company. They claim this because all of our customers are highly delighted, and they have never had a complaint from a customer who regretted switching to solar energy with their firm. In reality, he and his staff have never left a client’s house feeling like they had done a disservice to them and their family. They go to the client’s home thinking they made the finest choice of their lives. He has a warm, outgoing personality.

The Life Lesson He Learnt And Follow From His Entrepreneur Journey

“The greatest glory in living lies not in  falling, but in rising every time we fall.” -Nelson Mandela.

He likes this saying since it applies to everyone’s life. In life, you will fail and be disappointed by many individuals. This is where this saying comes in because every time you are let down, you have the choice of remaining down or rising. Humans believe that when they reach a certain age, they will no longer be let down by others or that life will no longer knock them down, but they are incorrect. It would be best if you learned to stand up every time; the more you do, the better you will become. You will reach a moment when you no longer feel knocked down because you have come so far that you have been turned into a mentally influential person. First, to succeed, you must be an outgoing person.

The Interesting Part During Starting Of Company

The most exciting thing that occurred to him since beginning his company was understanding he was 19 and about to enter his 20s and that he had reached six figures in revenue. It’s weird because he was going about his business, marketing, selling, canvassing, and so on, and suddenly, he understood. Don’t look at the clock; keep pushing and working hard; before you know it, you’ll be doing impossible things. That is not his ultimate objective. He wants to establish generational riches via multiple sources of income, but most importantly, he wants to leave a legacy. He is not in business to make money since it is simply a bonus.

He has reached greater heights in his life because of his passionate attitude.

He wants to do one major philanthropic project before he turns 25.

His Next Big Step

His next major step will be publishing his NFT collection with his close friend and business partner, Samuel Barraza, and writing his first book.

5 Factors to Consider When Choosing a Cannabis Consumption Method 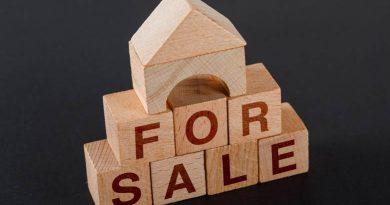 Economic Factors Contributing to the Growth of the Automobile Industry