The evolution of women’s cricket in India:

Irrespective of the times we keep on iterating the equality of gender, women sports, especially cricket, have never been able to fetch the popularity it deserves. Women may be allowed to play and live their lives the way they desire, but one can not deny that the training and logistic options available to the women of the country are comparatively lesser than the men. An effort is required to build a name in any field. Women need to put in a little extra effort than men. The main reason why the women in blue are still not at par with the male cricketers is the lack of awareness. MS Dhoni, Sachin Tendulkar, Hardik Pandya are familiar names. However, less is known about Jhulan Goswami and Taniya Bhatia.

These women in blue had brought glory to the country even before men did. Be it the world cups, the tests, or the one-day matches, women have bought home various titles and marked their names by being the firsts. The performance has always been record-breaking and hence, it needs to be known.

The woman who stumped the world, the breakout star of 2018, the youngest promising woman Cricketer India has ever seen- Taniya Bhatia is recounted by several catchphrases, all of which describe how she proves to be a blessing for the country. Taniya Bhatia was the youngest person in under-19 who represented the state of Punjab. Being the only woman cricketer in Chandigarh, she worked exceptionally hard towards her passion for cricket and competed with male counterparts.

Taniya happens to be a devoted Gilchrist follower and makes a note of all the tips the man has to share. She is not only an observant individual but is quite dedicated and strong as compared to others her age.

Born in the year 1997, Taniya discovered her love for sports at the age of seven. Sanjay Bhatia, Taniya’s father, was the driving force behind her inclination for the game. Once he found out about his daughter’s interest, he enrolled her in the DAV academy to provide her with proper training, knowledge, and basics of the sports.

In another five years, Taniya was ready to play for the senior Punjab team in the inter-state domestic tournament, and it was in 2011, the first feather was added to her cricketing hat.

Taniya not only travailed towards increasing her potential and skillset but also transformed herself from an amateur woman cricketer to the most excellent woman keeper of India, metaphorically and literally.

She was selected in the senior team when she was sixteen, and ever since then, Taniya has continued to shine. From ODI’s to T20’s, her performance has been inspiring and praiseworthy.

Bhatia made her one-day international debut in the year 2018, where she once again proved her caliber with Sri Lanka as the opponent team.

All these applauds, however, do not prove that it was always a cakewalk. The right-hand batswoman was under depression and went through a rough phase during her cricketing career for nearly two years.

Still and all, Winners are always winners, and Taniya Bhatia, in all essence, is the definition of a winner. With the support of her family and fans, Taniya emerged stronger than ever and overcame all the negativities. She owes her strong temperament to her dad and the coach, Yograj Singh, who trained her with a balance of discipline and love.

Taniya Bhatia has time and again been hailed as a player of high competence, someone not only women but even the men sportspersons should also look out for.

She has delivered excellent results during her remarkable cricketing tenure. Having played around 40 matches, having a batting average like hers is something people dream about. One in a thousand, Taniya Bhatia has kept with people like Jhulan Goswami ( the first woman cricketer who reached 200 wickets in one day cricket) and batted with Mithali Raj (the captain of Indian women’s national cricket team)

The international cricket council has acclaimed and appreciated the woman Cricketer for her amazing performance and contribution to the women’s cricket of the country.

No doubt, Taniya Bhatia continues to be an idol and a substantial input for the future of Indian sports.

Sunil is an Indian Blogger, a contributor that likes writing & covering topics in General for 5 more years now. 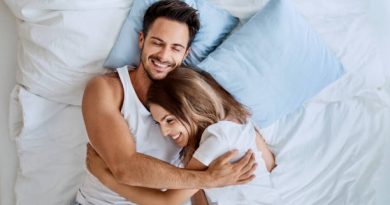 Radical Prostatectomy in India-Costs-Benefits and Risks 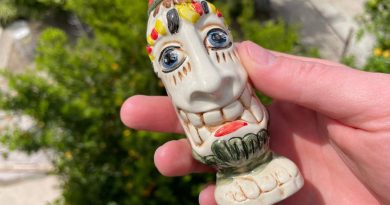