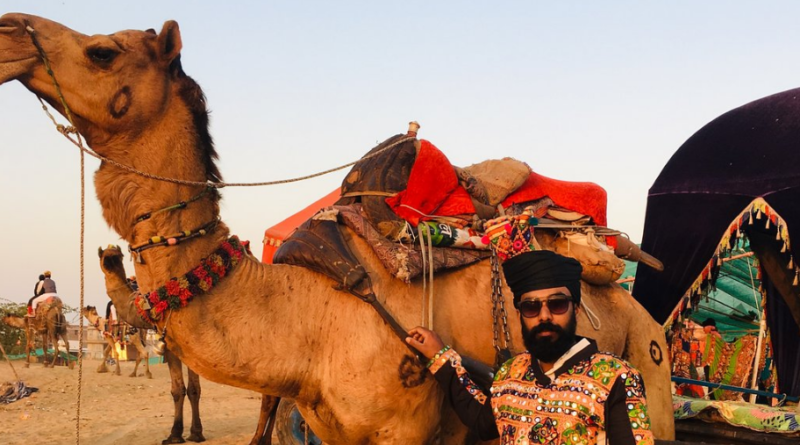 Rajasthan Cab provides customized travel services across the country. We cover everything in our tour packages. You just have to hire us once and we will settle everything for you.

Ajmer is a city of Rajasthan and a fusion of two religions. Rich in history, the city was ruled by various dynasties. That’s why it’s a mixture of Mughal and Hindu culture and architecture. It depicts the story of both Mughals and Rajput dynasties. It is the most visited place of Rajasthan by Indians and other foreign visitors.

Ajmer Sharif Dargah, the tomb of Moinuddin Chishti is the centre attraction and jewel of Ajmer. The charm of this holy place is so powerful that not only Muslims but Hindus and all the other religion followers come here to worship Allah as they consider it sacred and pure. It unites religions and humanity in real sense. Mughal Emperor Shah Jahan built the Dargah. Then the place was divided into multiple structures like, tombs, courtyards, buildings and Daalaans. Some structures are Buland Darwaza, Nizam gate, Degs, Begami Daalaan, Dargah Shrine, MehfilKhana, Aulia Masjid, Jama Masjid, Langar Khana, Victoria Hauz etc.

Apart from this, the dargah is famous for Khwaja Moin-ud-din Chisti’s tomb. He was a sufi saint who dedicated his entire life for humanity and penniless people. He elevated, inspired and rescued many maltreated and helpless people. People say that before his death he locked himself in a room for six long days and later his body was found and buried in Ajmer Sharif. After that day, millions of pilgrims visit his shrine every year. People believe that here every wish comes true.

Adhai Din ka Jhonpra is a Masjid. Mohammad Ghori built it. It is a different and a special monument as it was constructed in only two and a half days. One day, Mohammad Ghori was passing through Ajmer. He wanted to offer prayers but he found only Hindu temples around him. Infuriated, Mohammad Ghori ordered his slave Qutbudding Aibak to build a mosque so he can worship his god. His workers worked for 60 hours straight and created a screen wall where he prayed. Later, the mosque was beautified by successors. Thus, it is the oldest mosque in Ajmer and still a tourist destination.

It is an artificial lake, flowing through the city of Rajasthan Ajmer. It was built and named after Arnoraja in 1135. Spread in 13 km area and surrounded by Daulat Bagh Ana Sagar Lake is one of the largest and popular lakes of the city. Sunset is the best time to visit the lake as the rays of the setting sun glitter in water and give a breathtaking and magnificent view.

Kishangarh City also named as Marble city of India is widely popular for the temple of nine planets. It is the only place in the world that have the temple of nine planets. It is also famous for its art, culture, Bain Thani style of painting and handcrafts. Khoda Ganesh Ji temple, Kishangarh fort, Phool Mahal Palace and Gondola Lake are also popular. Since very long, Kishangarh city has been luring tourists from all over the country and the world.

A six day-long annual festival celebrated in Ajmer in the month of March. The Urs Festival is held at the shrine of Khawaya Moinuddin Chisti founder of Chisti Sufi. The festival comes in the third month from 9th March to 11th March as they are the first six days of Islamic Month Rajab. People offer prayers, lit candles, play qawwalis whole night. Millions of pilgrims and devotees of all religions gather on the Dargah to worship their god. The days of Urs Festival are considered as the best time to visit Ajmer.

Ajmer and Pushkar go hand in hand. Both the tours combine in a way or another as they are incomplete without each other. 11km away from Ajmer and spread around Pushkar Lake, Pushkar city is a sacred hindu place. Mostly Hindu religion followers visit Pushkar as it has the only temple of the Hindu God Brahma. In the whole world, Pushkar is the only place where Lord Brahma is worship. Pushkar is primarily a pilgrimage spot, but it also has ghats and deserts. So if you are planning to visit Ajmer include Pushkar in it too.

This isn’t it the end. Ajmer has more places like Taragarh Fort, Soniji Ki Nasiyan

Daulat Bagh, Clock Tower,  Abdullah Khan’s Tomb, Roopangarh Fort, Akbari Mosque, Sai Baba Temple, Fort Masuda, Bijay Niwas Palace, Akbar’s palace, and museum etc. Tourists love these spots a lot. Apart from this, Ajmer has a great market where quality goods are available at a minimum range. If you love travelling as well as shopping then Ajmer is the right city for you.

Overall, it is a great place and you should definitely visit it. It is not only beautiful but pocket-friendly too. If you are planning to visit then allow us to plan it for you. We will make it better for you with our budget-friendly packages. Expenses aren’t much and everything will come in a little amount.

Services Included in the Tour Package

Pick up and drop either from your hotel or residence

Services Excluded in the Tour Package

Entrance fee for the visit of the monuments 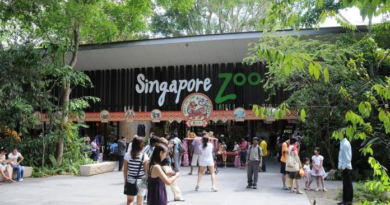 Tips for Visiting the Singapore Zoo

November 7, 2019 anil chauhan Comments Off on Tips for Visiting the Singapore Zoo

Avail The Most Sought After Holiday Apartments In Sydney

March 13, 2020 labodeaccommodation Comments Off on Avail The Most Sought After Holiday Apartments In Sydney 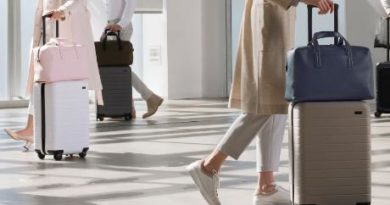 How Derby Is Becoming A New Business Hub

April 1, 2020 Kiera Ellis Comments Off on How Derby Is Becoming A New Business Hub

Economic partnership Derby has the sites and infrastructure to support significant inward investment. Its central location with easy access to

April 1, 2020 Devid Comments Off on TECHNIQUES TO SUPER CHARGE YOUR LEGAL JOURNEY
BUSINESS

April 1, 2020 Kiera Ellis Comments Off on How Can Virtual Meetings Help You To Keep Working During The Coronavirus Pandemic
GENERAL

Should You Market Your Brand During Coronavirus?

April 1, 2020 digideepak Comments Off on Should You Market Your Brand During Coronavirus?