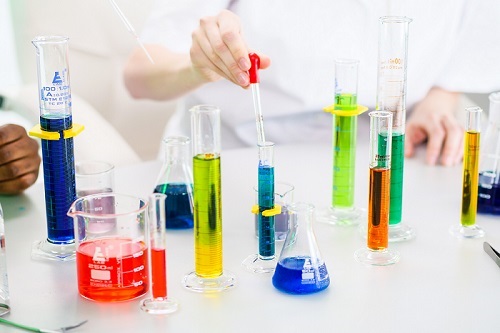 According to ChemAnalyst report, “Sorbitol Market Analysis: Plant Capacity, Production, Operating Efficiency, Demand & Supply, End Use, Distribution Channel, Region, Competition, Trade, Customer & Price Intelligence Market Analysis, 2015-2030”, The Sorbitol market has witnessed significant growth as it reached 550 thousand tonnes in 2020 and is anticipated to achieve an impressive CAGR of 5.50% during the forecast period until 2030. Continuously growing demand for diabetic and diet foods as it is widely used as a reduced-calorie alternative to sugar by the major end-use industry i.e., food and beverages are likely to boost the market around the world within the next ten years. The production of Sorbitol is highly associated with the safety standards on human health before it can be introduced in the market, which further enhances the standard compliance.

Sorbitol also known as D-Sorbitol, or D-glucitol is a form of carbohydrate that falls under the category of sugar alcohols called polyols. Sorbitol is generally produced via a glucose reduction reaction in which the aldehyde group is converted into a hydroxyl group in the presence of a catalyst called aldose reductase. Sorbitol is extensively utilized as a sweetener, humectant, additive, texturizer, stabilizer, and a bulking agent in pharmaceutical, food, cosmetics, paper, leather, and other industries. It is also used as a feedstock for various chemicals including vitamin C, surfactants, resins, etc. According to the U.S. Food and Drug Administration (FDA), European Union, and World Health Organization (WHO), the consumption of Sorbitol is reviewed and recognized as safe, as well as potentially support digestive and oral health.

Global Sorbitol Market is segmented on the basis of type, application, sales channel, and region. Based on type, there are two types of Sorbitol available in the market including liquid and powder. The powder/crystalline form of Sorbitol is primarily used in specialty foods, sweets, frozen fish and meat products, and pharmaceuticals. Whereas the liquid form of Sorbitol finds its applications in Pharmaceuticals and cosmetic emulsions. The liquid segment dominates the Sorbitol market across the globe due to its high demand for numerous applications.

In 2016 during December, Cargill, Incorporated U.S, a key player introduced an innovation center in China named Cargill ONE to produce animal protein, sweeteners, cocoa, edible oils, and starches, which mainly focused on new flavors and innovative food products in China.

On the onset of COVID-19 in 2020, leading authorities in emerging countries imposed countrywide lockdowns and strict social distancing norms which led to the unprecedented decline in demand and sales of Sorbitol in the first half of 2020. However, there was not much effect of the pandemic on the overall Sorbitol industry as there was a surge in the demand for sorbitol in the pharmaceutical, food & beverages, and personal care industries. As soon as the lockdown restrictions are uplifted, the market of sorbitol is expected to boost by the end of the year.

Region-wise, the Asia Pacific region holds the major share in the Sorbitol market across the globe owing to the rapidly increasing demand for Sorbitol by the end-use industries including cosmetics, food and beverages, personal care, and others especially in emerging countries such as China and India. Continuously increasing demand for sorbitol for the manufacturing of cosmetics and personal care products is likely to bolster the Sorbitol market across the globe. Rising awareness for diet and low-calorie food further propelling the demand for sorbitol around the world.

“The growing demand for Sorbitol from the major end-use industries including cosmetics, pharmaceuticals, food and beverages, and others to manufacture a wide range of products is likely to accelerate the Sorbitol market across the globe within the next few years. Rising awareness regarding low-calorie diet food in several countries is propelling the demand for Sorbitol globally. The rising number of diabetic patients around the world is likely to drive the demand for Sorbitol in upcoming years. Growing demand from the pharmaceutical industry will further augment the Sorbitol market in the future.” said Mr. Karan Chechi, Research Director with TechSci Research, a research-based management consulting firm promoting ChemAnalyst worldwide.

In this report, Sorbitol market has been segmented into following categories, in addition to the industry trends which have also been detailed below: 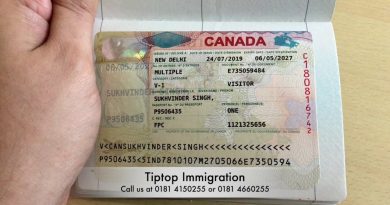 The simplest way to obtain Canada Visa Application is Online

What are the advantages of seaweed fertilizer