Most people historically made their livelihoods with small household farms. As technology improved, farming became more efficient and fewer people were needed in the fields. This led to the practice of diversification of labor.

What was once an occasional trip to the city to buy and sell goods became more frequent as more and more people performed more jobs within the cities. As the diversity of skills increased, so did the need for connection in cities.

Older cities, such as those in Europe, have historically had greater urban density as people wanted to live within access of everything and their method of transport was normally on foot or horse. American cities, on the other hand, have been primarily established within the past century and have been designed around the automobile with less green and pedestrian space. This is part of the reason why, in general, people in Europe have historically preferred to live in the city, while people in the newer US cities have historically chosen the suburbs as they had access to suburban villages from trains and automobiles.

Cities have changed from a place primarily for work with secondary function of housing, to an exciting place to live and work and play. Museums, shows, restaurants, schools, and commerce take place within cities. It is a place for people to connect- for both business and fun.

These major demographic and geographic shifts towards cities have the potential to propel economies towards renewed growth and economic development.With more than 80% of global GDP generated in cities, urbanization can contribute to sustainable growth if managed well by increasing productivity, allowing innovation and new ideas to emerge. (1)Cities also play an important role in tackling climate change, as they consume close to 2/3 of the world’s energy and account for more than 70% of global greenhouse gas emissions.

Global evidence shows that if well-managed, cities can spur economic development by boosting incentives for investment through higher economic density and proximity – to support clusters of firms, and to more efficiently connect workers with jobs and opportunities. (2)Urbanization can create great opportunities for social mobility, both for men and women.

However, not everyone automatically benefits from urbanization, and some disadvantaged groups face barriers to thriving in urban areas.Globally, over 70 million people have fled their homes from conflict or persecution either as refugees, internally displaced persons, or asylum seekers. Contrary to what some may think, most of the displaced people don’t live in camps. In fact, it’s estimated that about 60%–80% of the world’s forcibly displaced population lives in urban areas. (3)

Building cities that “work” – inclusive, safe, resilient, and sustainable – requires intensive policy coordination and investment choices. National and local governments join developers and entrepreneurs with an important role to play to take action, to shape the future of their development, to create opportunities for all. And people are having more opportunities to choose how they wish to live and work and play. 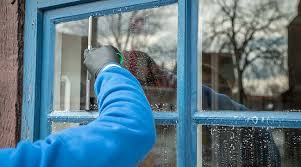 Why Having a Strata Unit Is An Advantage

May 26, 2020 Ellen Hollington Comments Off on Why Having a Strata Unit Is An Advantage

May 1, 2020 Digupay Comments Off on QuickBooks POS Support Phone Number 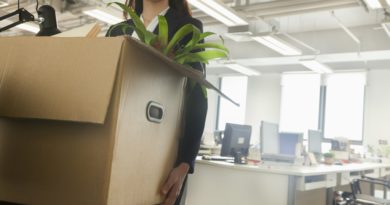 Don’t Do These Mistakes When Moving to Bangalore for Business

January 11, 2020 Hudda Comments Off on Don’t Do These Mistakes When Moving to Bangalore for Business