Ryan Kavanaugh who is an ardent businessman and film producer known for impressive ideas to bring capital in film making business. He recently launched a new film production company Proxima Media for producing movies. Apart from the film making, he’s also a great visionary. In a recent interview, Mr Kavanugh overwhelmed the fans through his vision to fund films, TV, music and other internet based services from crypto-currency. He even named the new currency as Proxicoin with $100 million investment from Step Ventures and Central Wealth Group of Hong Kong.

The Proxicoin brings an opportunity for normal people to directly invest into movies, TV shows and other entertainment media type. The investors can directly head to Ethereum platform to start contributing to the Proxicoin. It is a competitor to the other ventures like MovieCoin. Poxicoin is audited and developed, and the process to list it on Malaysia Based Fusang Exchange is in the development. The coin is expected to hit the exchange later this year.

While speaking on the announcement of Proxicoin, Kavanaugh said that “The advancement of digital securities and tokenization technology are creating an unprecedented opportunity to open Hollywood and entertainment investments to the world, while offering liquidity and transparency to investors in a way that has never been possible before, This exchange will give ordinary consumers worldwide access to investments in their favorite movies, something they love, in a way that was previously only available to a limited few.”

The investors and the Proxicoin holders will be partial owners of Entertainment Stock X (ESX). it is a new platform that is expected to launch later this year under Proxima Media. It will be a legal entity like a stock exchange under Regulation A of the JOBS act. As like the companies, every film or TV show will be filed as an IPO for better transparency and liquidity for aftermarket trading. Initially, the company will list around 30 feature film titles.

On the occasion of Proxicoin announcement, Vincent Tse, CEO of Hong Kong based Step Ventures said in a statement, ”Proxicoin makes a highly sought-after financial product available to many individual and smaller investors, Film, as an asset class, is traditionally uncorrelated to capital markets and has been a competitive and sought-after asset class among the large hedge funds and banks including Citibank, Deutsche Bank, JP Morgan, Goldman Sachs and many others.”

It quite an exemplary thinking to route the funds in such a transparent and unambiguous way. It will bring sole opportunity for the comman-man to be the part of film production by holding the Proxicoin direct from Ethereum based exchange. Once again, Ryan kavanaugh has made possible to induce surplus capital into film-making by keeping in mind and securing the interests of both parties.

Blockchain is a new and evolving technology to unlock ourselves from the traditional currency. It will not only open doors for investment from locals, it will attract global investments. The investors can participate from anywhere in tokenized offerings through a new asset class. It will create an unprecedented value by establishing an entertainment market in coins. IT will open doors to new opportunities.

Ryan Kavanaugh’s newly launched company is in the process to strengthen its base by acquiring large stake in Hong Kong based, China’s National Arts Studio. Proxima Media will take over the management and all the assets of the Studio in China. The company has even signed to produce 10 US firms in China. The aim of the Proxima is to raise $100 million for National Arts Studio Expansion with a stake of 25% in the company. Ryan Kavanaugh cleverly timed the Proxima’s pact with National Arts to gain momentum during the ongoing US-China trade war.

It’s a great attempt by Ryan Kavanaugh to recover from the collapse of hist last indie studio – Relativity Media. During the tough times between two nations, Ryan is trying to introduce a new type of cooperation with the China based National Arts. The Proxicoin is a deliberate attempt to induce enormous capital in film-making. There’s a huge potential to attract new investments by the means of blockchain technology. 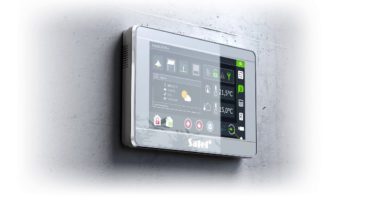 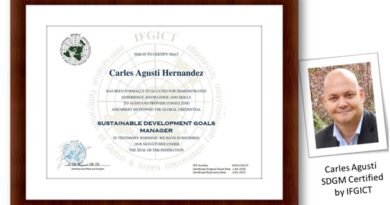 What Causes Middle Back Pain? A Simple Guide

August 3, 2020 Simon Hopes Comments Off on What Causes Middle Back Pain? A Simple Guide

Back pain is a common ailment that affects millions of individuals nationwide. In fact, it’s said that 80 percent of

What Is the Small Business Administration?

August 3, 2020 Simon Hopes Comments Off on What Is the Small Business Administration?
GENERAL

August 3, 2020 rafaelaluna Comments Off on 5 Latest Innovations In Pest Control