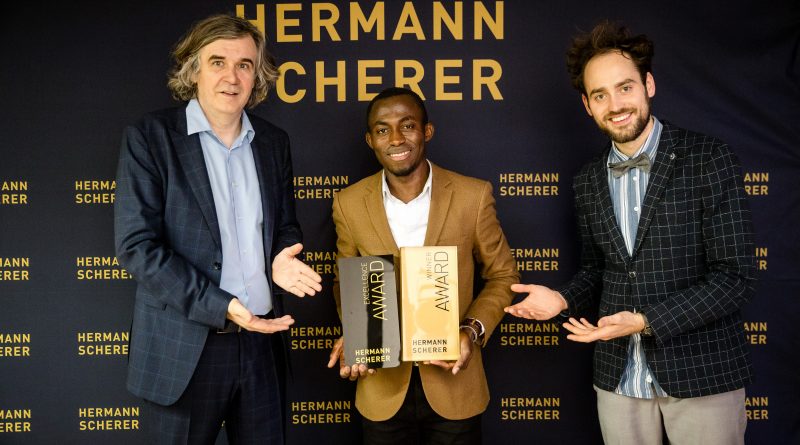 The event was preceded by a “Silent Speaker Battle” developed by the bestselling author and top speaker Hermann Scherer, which takes an example from silent parties where several DJs play different styles of music at the same time and the guests use headphones to choose their favorite DJ to choose. On Wednesday evening 4 speakers were on the stage at the same time and fought for the attention of the audience.

Roland Ngole already pulled the audience under its spell with a deliberately provoked mishap and, with body language and eloquence, managed to keep the tension high until the end and thus got a first victory.

At the finale, with live online broadcast and TV channels added, the co-holder of the world record then appeared with his heart’s theme.He showed nerves of steel. Topics that would otherwise be given a frame of around 60 minutes had to be summarized in 4 minutes without losing their relevance. Because after the short time, the microphone was switched off. This is the premier class of a speaker.

With his stage performance on Optimizing your life´s vision, the passionate International Speaker, convinced the international jury and won not only the Excellence Award, but also the winner award, which was personally awarded to him by the top entrepreneur Hermann Scherer.

Never have so many speakers competed against each other on a stage. This is the new world record.

The keynote speaker Roland Ngole gave a rousing report on his personal path and his experience with vision. He encouraged people to have a vision for their life: “A vision needs to be optimized,” says Roland.His in-depth closing remarks were: “Sushi eating taught me how to optimize a vision”

For more information about Roland Ngole and his programs, please visit:

For Press Release or Interview request use: media@rolandngole.com