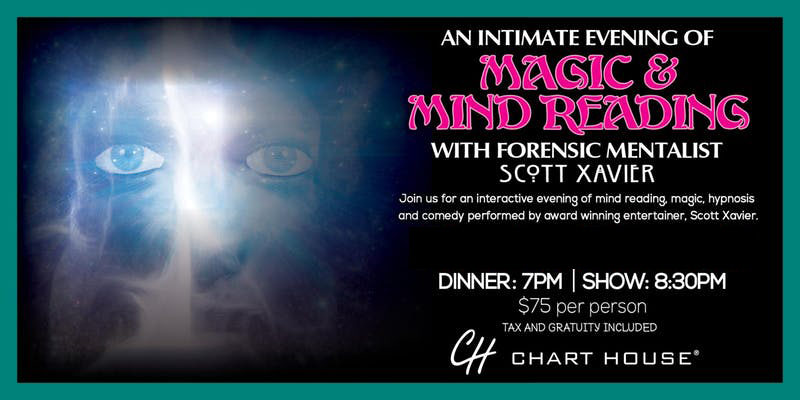 David Blaine. David Copperfield. Criss Angel. Scott Xavier. The first three have gained fame in the U.S.as magicians; the fourth, a self-dubbed “forensic mentalist”, is hoping his production, which runs through May at the Golden Nugget in Atlantic City, will bring a casino credit to a new up and coming performer.

Xavier’s “Magic and Mind Reading” is a dinner show with a focus on seemingly real magic for the whole family that will keep adults and kids enthralled.

Scott Xavier has strived to create a mentalism dinner show and the Chart House theatre at the Golden Nugget is the recipient of this dream. Incorporating magic themed music into this exciting show, which is a little less than 80 minutes, gives audience members a feeling of rat pack-esque casino entertainment.

It’s difficult to talk about the mentalism and illusions in this enjoyable show without spoiling them, but the opening night audience got to experience:
• Audience interactive mind reading
• A game of psychic “Dear Abbey,” where the audiences thought of questions are merely thought of
• Mind over matter fork and spoon bending
• Blindfolded games of human echo location
• And predictions that will leave your jaw on the floor.
My favorite stunt of the evening is a hypnosis like voodoo touch routine.

Was I entertained?Absolutely. Xavier and the Chart House have partnered for an evening of fabulous magic and outstanding meals. While the food was exquisite, in standard Char House fashion, I found the 4 course meal was a bit long. The performance started a little late into the evening, 45 minutes later than had been expressed.

Did I figure out how he did any of the tricks? No! I left with a feeling of wonder and childish glee. The audience was so per flexed, they often sputtered and shouted out in excite.

They say that a magician never tells his secrets, I hope that this doesn’t keep anyone from seeing this limited Golden Nugget engagement. How details http://www.scottxavier.com or for tickets
https://www.goldennugget.com/atlantic-city/entertainment/upcoming-events/magic-and-mind-reading-dinner/ 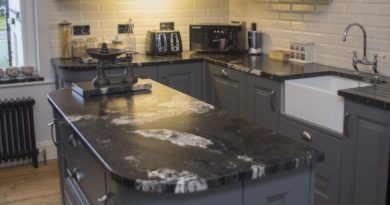 5 Tips to Decide Between Granite and Marble Worktops